There is, on the surface, little about crusader armies that is ‘extraordinary’. After all, we all know what they were and what they looked like.

The battle of Ager Sanguinis (the ominously named ‘Field of Blood’), which took place in the summer of 1119, provides an interesting example.

The army of Prince Roger of Antioch was surrounded and completely destroyed by waves of Muslim cavalry. In the close-quarters fighting that signalled the end of the Christian defence in the centre of the army, he ‘was struck by a knight’s sword through the middle of his nose right into his brain.’

But even after Roger’s death, his mobile chapel remained a focal point for small groups of Christian soldiers. With the prince’s body nearby, one of his brave household knights rallied the last few troops in front of the shrine. He managed to hold off the attackers briefly, and to kill a Muslim emir, before he and his men were also cut down.

Ager Sanguinis seems to be one of the ‘archetypical’ crusader battles. It is a bloodthirsty but strangely familiar narrative, and this familiarity leads us to assume that crusading warfare is well understood. The images are iconic. Knights in armour. Saracen cavalry with scimitars. Castles and Bedouin.

But little of Roger’s last stand was entirely what it seemed. His ‘crusader’ army had very few crusaders in it, perhaps none at all. Almost all of his men were local Armenians, native Christian Syrians or Frankish settlers – almost half the ‘crusader’ cavalry were actually local Christians and most of the infantry were too.

And it was an Armenian knight who led the defence around the fragment of the True Cross. Ironically, the heroic last stand was orchestrated by someone who would have been regarded by many in the west as a heretic.

In fact, most of the population of the crusader states was still Christian, rather than Muslim, even before the Franks arrived. And this was reflected in their army – entire crusader units and castle garrisons were exclusively manned by Syrian or Armenian volunteers.

None of the armies of the crusader period corresponded to the easy caricatures we paint of them. 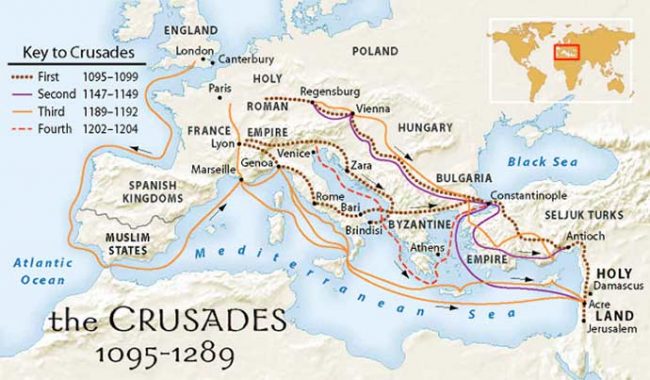 Map of the Crusades.

2. Local Crusaders were mixed race Syrians, not ‘French’ or ‘English’

It was not just the local Syrian troops who were far different from the Hollywood imagery. After the first couple of decades, the majority of the European ‘crusaders’ in the Holy Land were mixed race settlers, many, perhaps most of whom had never set foot in the west.

A process of inter-marriage had started from the earliest days of the crusades and it had started at the very top. Baldwin I, king of Jerusalem, and previously count of Edessa, was married to Morphia (queen of Jerusalem, 1116–26/8), an Armenian, daughter of the lord of Melitene.

Their children founded the leading dynasties of the crusader states, based from the earliest days on the partnership between the Catholic west and the Christian churches of the east. Their example was followed at all levels of crusader society.

Ironically, the level of integration was such that visitors from the west, steeped in intolerance, were shocked by what they found in the Holy Land. When things went wrong, westerners found it easy to blame what they saw as the soft and ‘effeminate’ ways of the local Franks.

The presumption was that they were now so integrated into local communities that even the nobility had ‘gone native’. Hostile visitors often described the eastern Franks as ‘pulani’, with the implication of their being somehow ‘half-caste’. 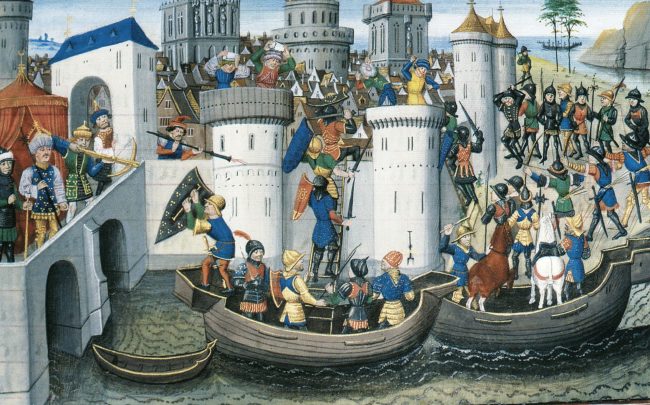 Conquest of the Orthodox city of Constantinople by the crusaders in 1204 (BNF Arsenal MS 5090, 15th century).

3. ‘Egyptian Muslim’ armies that were neither Egyptian nor Muslim

Having got used to the idea that crusader armies were not really crusaders, we turn to their southern enemies: the armies of the Muslim Egyptian state and their Shi’ite Fatimid rulers. Which, just as ironically, we find to have been neither Muslim nor Egyptian.

The Egyptians had the largest standing army in the region and, for the first decade after the arrival of the crusaders, they were also the crusaders’ main military opponents. Most of their infantry were sub-Saharan Africans recruited from two Nubian kingdoms to the south, both of which had been Christian since the sixth century.

These soldiers were generally slaves, though there were also some volunteers and mercenaries. In terms of religion, they were either pagans or Christians, particularly if they were from Nubia itself.

Similarly, most cavalry regiments in the Egyptian army were not what one would necessarily expect – they were mainly Christian Armenian mercenaries, displaced by the Muslim invasions that had overrun their homelands further north.

So, the main ‘regular’ troops fielded by the crusaders’ Egyptian Muslim enemies were, to a very large extent, not even Muslim.

4. Saladin and his men were foreign outsiders, just like the Crusaders

But if the boundary lines between religious affiliations were blurred, at least we know that the crusaders were the foreign invaders. Or do we?

In fact, almost all the local political leaders and their military forces were based around migrant groups entering from outside the region. The crusaders were just the latest entrants in an already hugely crowded field.

Like the Muslim Egyptian armies, the ‘Syrian’ armies of the twelfth century were full of foreigners. The warriors that defeated Prince Roger and his men at Ager Sanguinis, for instance, were neither local Arabs nor Syrians, but nomadic Turkic tribesmen from the Eurasian steppes – more akin to Hunnic or Mongolian warriors than the ‘Saracens’ or Bedouin we often envisage them to be, and just as foreign to the region as the crusaders.

The rulers of Syria were ethnically and linguistically distinct from their subjects – they were warlords and mercenaries of nomadic heritage, attracted from outside the region by the rewards on offer.

Many of the local Arab or Syrian communities regarded these Turkic newcomers and their men as unwelcome and uncouth barbarians. Even Saladin had to try hard to fit in – his family were ethnic Kurds, rather than Arabs, and were, like the Turks, of nomadic heritage from the southern steppes.

It is true that the Franks were the new rulers, that they were foreigners when they arrived in the region. But that was also true of every major Muslim power in the region. Nothing was ever as clear-cut as our modern stereotypes would lead us to believe. 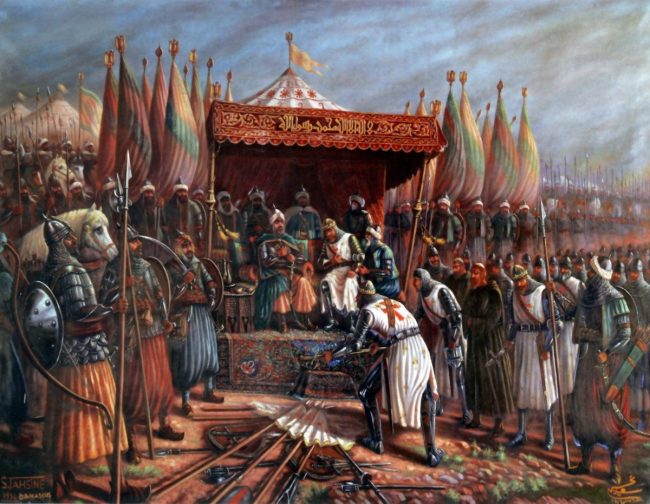 5. Herders vs farmers – not Islam vs Christianity

Even more fundamentally, we always assume that the crusades were the archetypal ‘wars of religion’. It is certainly true that religion was important, for individuals and societies, and for motivation and recruitment. But nomadic activity was at the centre of the crusades – battle lines were rarely neatly drawn between ‘Christians’ and ‘Muslims’.

In practice, the primary conflict was that between nomadic warriors, drifting down from the steppes and pushing into the region, and the sedentary powers that they displaced.

The fact that most of the nomads in question were, nominally at least, Muslim, helps blind us to the fact that it was the Muslim sedentary societies who arguably suffered most and were the first to succumb to the invaders from the steppes. The Arabs in Syria and the Shi’ite Fatimids in Egypt lost power long before the crusaders or Byzantines did.

Dr Steve Tibble is an honorary research associate at Royal Holloway, University of London. ‘The Crusader Armies’ (Yale, 2018) is now available in paperback. 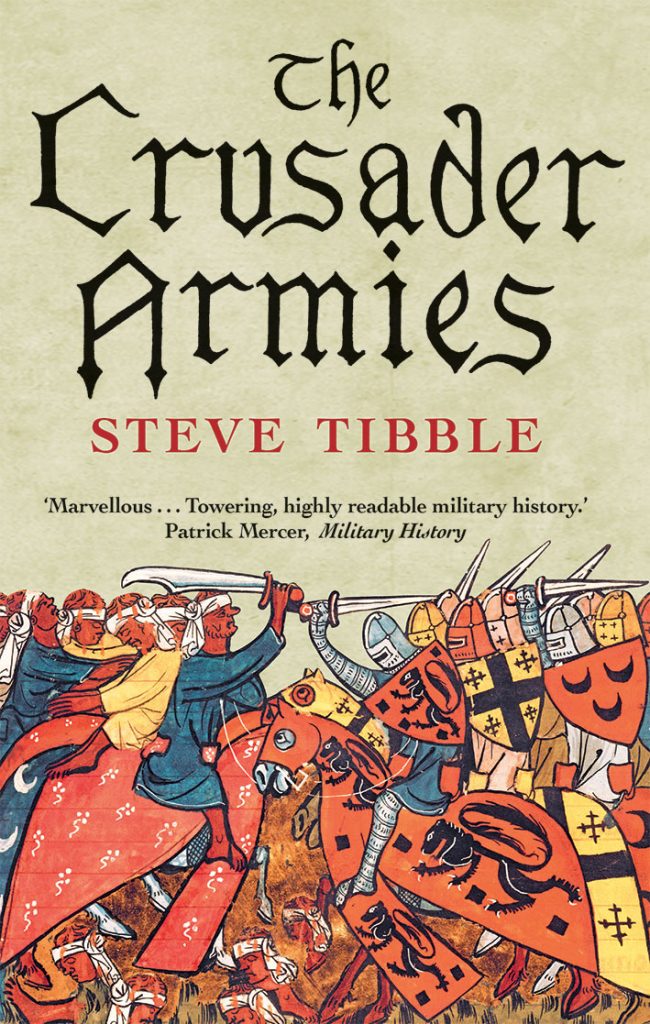 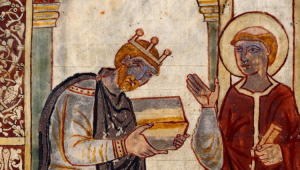 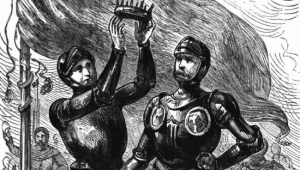 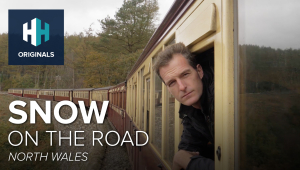 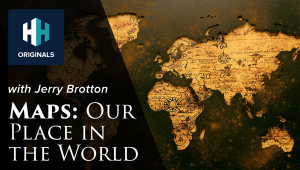 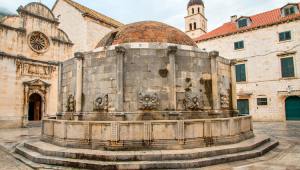