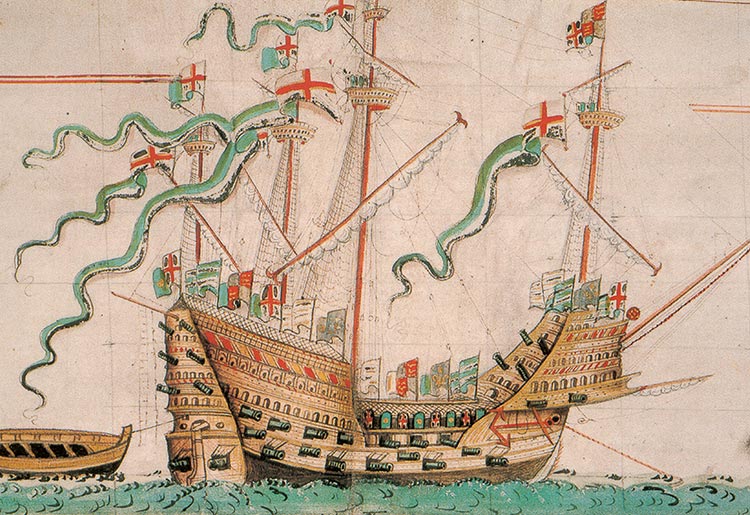 In 1982, a groundbreaking and spectacular piece of marine conservation captured the imagination of the world – the Mary Rose was raised from the seabed. The warship, commissioned by King Henry VIII in 1511, sank on 19 July 1545 during an encounter between French and English fleets in the Battle of the Solent in 1545, between Portsmouth and the Isle of Wight. It is thought up to 500 men were on board, only 34 survived.

Why was this Henry VIII’s prized warship, and what caused it to sink? Here are 10 facts about this remarkable Tudor vessel.

1. The Mary Rose was the flagship of Henry VIII

The Mary Rose was built between 1509-1511. It was King Henry VIII’s favourite ship, and served in his fleet for 34 years.

2. Many think the Mary Rose was named after Henry’s sister, Mary

There are several theories as to how the Mary Rose got its name. Some believe ‘Mary’ came from the Virgin Mary, however most believe it was named after Henry VIII’s favourite sister, Mary Tudor. The ‘Rose’ part is most likely a reference to the Tudor Rose emblem.

Nevertheless, it was the fashion to name ships after saints, and the pairing of the Mary with her ‘sister’ ship, the Peter Pomegranate, supports this. The badges of the ships – the Rose and the Pomegranate – celebrate King Henry VIII (rose) and Katherine of Aragon (pomegranate). Furthermore, at the time the Virgin Mary was known as the ‘Mystic Rose’; thus ‘Mary Rose’ would have signified the power of the Tudor dynasty, and also that of the Virgin Mary. 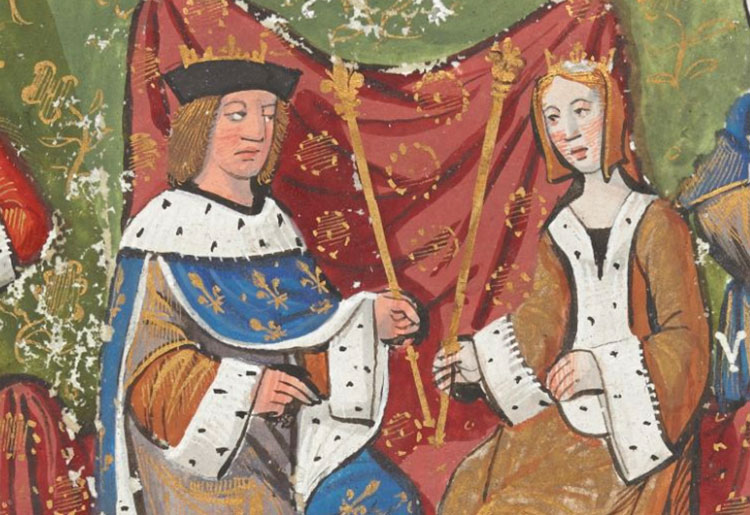 Mary Tudor and Louis XII of France, from a contemporary manuscript

3. It had a state-of-the-art design

The Mary Rose carried six or eight large guns which required her to have gun-ports – a new design feature of the time. It has been suggested that Henry had insisted on the design, perhaps a reason why he was so proud of the Mary Rose.

4. It took part in a watershed moment in naval history

The Admiral of the Fleet, Edward Howard, had picked the Mary Rose as his flagship. Following successful raids along the Brittany coast, Howard had headed back to Portsmouth for a resupply. When the English fleet returned to Brittany, the French were caught off-guard (celebrating the Feast of St Lawrence), having expected the English to arrive later. As their officers were on land and local dignitaries feasted on-board the fleet instead, many French ships fled. Their retreat was guarded by French flagship the Grand Louise.

In the ensuing Battle of St Mathieu, the Mary Rose shot out the mainmasts of the Grand Louise, killing hundreds and taking the ship out of commission. This incident was the first time ships fitted with gun-ports had engaged with each other at range without an attempt of boarding. 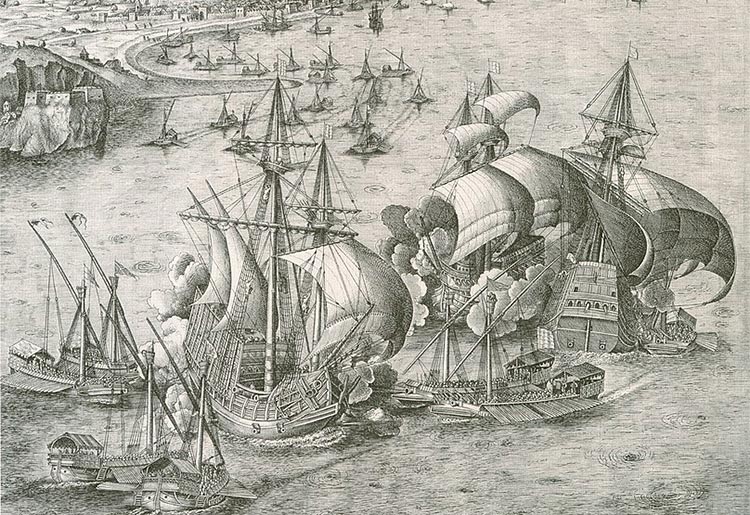 Carracks, similar to the Mary Rose, attacked by highly manoeuvrable galleys; engraving by Frans Huys after a design by Pieter Bruegel the Elder, c. 1561

As tensions mounted in Europe following Henry’s break from the Church of Rome, Henry started reinforcing his warships. The Mary Rose underwent a refit in 1536 – extra gun-ports were added and its sides were strengthened to accommodate the extra weight.

These alterations may have cost her her impressive sailing. In April 1537, Vice-Admiral John Dudley reported that some of the ships were ‘unweatherly’ with ‘the ship that Mr Carew is in’ being particularly bad. George Carew was the captain of the Mary Rose when she sank 8 years later, thus the problematic ship could well have been the Mary Rose.

On 19 July 1545, as Henry VIII watched from nearby Southsea Castle, the Mary Rose sank in the Solent, between Portsmouth and the Isle of Wight. The Mary Rose had been part of an English fleet trying to stop the French ships landing on the Isle of Wight, but sank in approximately 6 minutes before firing a shot. It is thought up to 500 men were on-board, only 34 survived. Captain Sir George Carew went down with the ship.

7. There is debate as to what caused it to sink

No-one fully knows why the Mary Rose sank. The only confirmed eyewitness, a Flemish sailor who escaped from the sinking vessel, claims the Mary Rose had fired all of her guns on one side and was turning sharply when her sails were caught in a strong gust of wind, which pushed the still open gun-ports below the waterline causing seawater to pour in. Other accounts agree she was turning and that there had been a sudden breeze, but believe there were other factors.

The most common theory is that the ship was too top heavy after its refit in 1536, with too many cannons. Some historians think the ship didn’t have enough skilled seamen on board, others believe human error played a part – it was Sir George Carew’s first naval command, was he unfamiliar with the boat’s capabilities? Did his crew understand his orders? The ship was overloaded, carrying many more than the 400 crew it was built for – was this a factor, or did a hole caused by a French cannon allow water to rush in?

After the battle, attempts were made to raise the Mary Rose. Divers were sent to attach cables to the ship’s masts, yet the masts broke and further attempts also failed.

8. Items from the wreck were first discovered in 1836

In 1836, divers John and Charles Deane were exploring wrecks in the Solent when some fishermen requested their assistance. Their nets kept getting caught in a particular area and they asked the divers to explore, leading to the discovery of the Mary Rose. The Deane brothers recovered several guns from the ship which captured people’s attention, yet after a while excitement at their discovery faded. At the time, shipwrecks were detonated to avoid obstructing existing ships – whilst the Mary Rose avoided this, it was believed she’d been destroyed.

In 1965, Alexander McKee initiated ‘Project Solent Ships’ (in conjunction with the Southsea branch of the British Sub-Aqua Club) to investigate wrecks in the Solent – secretly hoping to find the Mary Rose. Sonar scans revealed a shape under the seabed, prompting a team of volunteer divers to explore and excavate the area from 1968-1971. They came across stray pieces of timber and on 5 May 1971, diver Percy Ackland found three of the Mary Rose’s port frames. After 400 years, the wreck had been discovered. 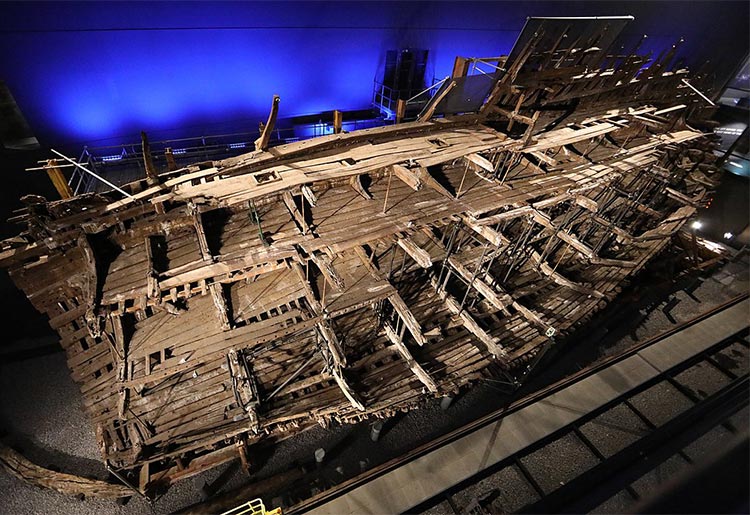 The remnants of the Mary Rose undergoing conservation in Portsmouth, 2019

9. The remains were raised from the seabed in 1982

On 11 October 1982 the wreck of the Mary Rose was finally recovered from the seabed in one of the most challenging archaeological excavations ever, involving a huge team of divers, archaeologists and scientists.

10. She is the only ship of her kind on display in the world

The ship’s remains are now on display in a special museum at Portsmouth’s Historic Dockyard, run by the Mary Rose Trust.

The Solent mud that covered the Mary Rose also helped preserve many of the items that were on board. There were 27,831 dives made to the Mary Rose during the modern excavation project, equating to 22,710 hours on the seabed.

As many as 19,000 artefacts have since been recovered, and thousands of these are also on display including the large bronze and iron ship’s guns, metal syringes, leather mittens (thought to protect archers firing flaming arrows) and personal items such as wooden bowls and nit combs. Archaeologists also found evidence of the food on-board, including North Sea cod (stored in baskets in the stern). These artefacts give us a unique and moving insight into life in Tudor England. 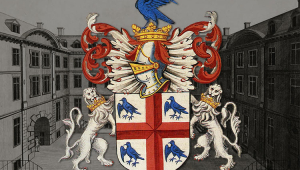 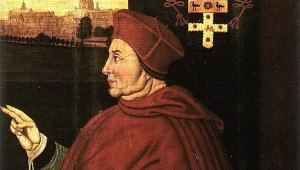 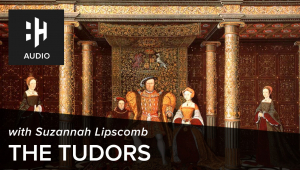 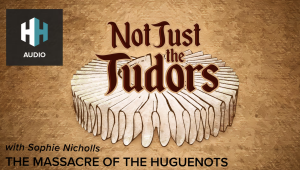 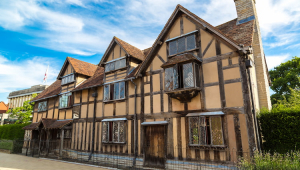 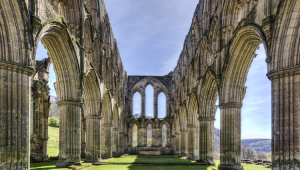