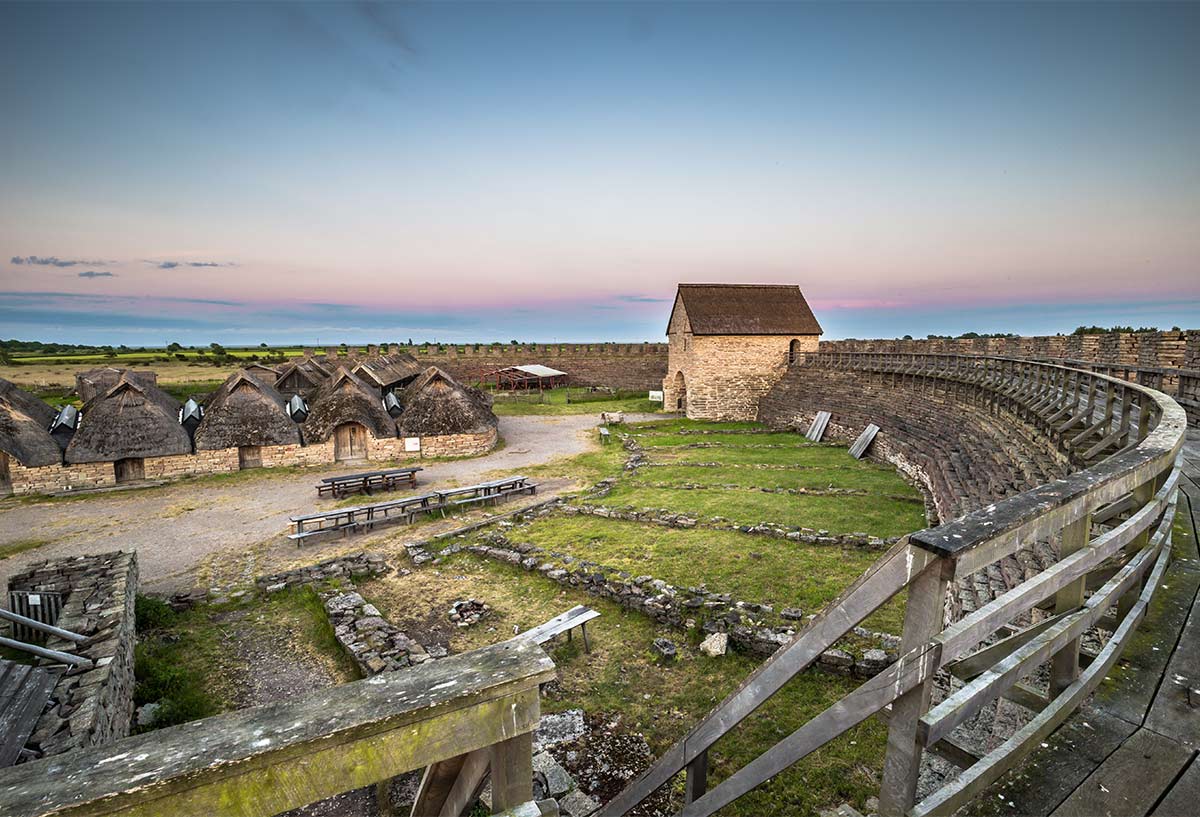 For thousands of years humans have built imposing fortifications to protect themselves from outside forces and to project their might across surrounding territories. Even the Vikings, better known for raiding and attacking foreign coastlines, erected their own forts, though the exact purpose of these is not fully understood.

Many that have survived to the modern era were constructed during the reign of Harald Bluetooth and are known as Trelleborg-type fortresses. They were built in the 10th century following a Saxon invasion of southern Jutland, though there are some suggestions that these forts were created in an attempt to subdue local lords to more centralised royal power. The strongholds were kept and maintained until the end of the Viking Age, before slowly eroding away in the coming centuries, with often only basic earthwork indicating their former scale and prowess. Nevertheless, they still evoke scenes from a long gone society inside the Viking heartlands. 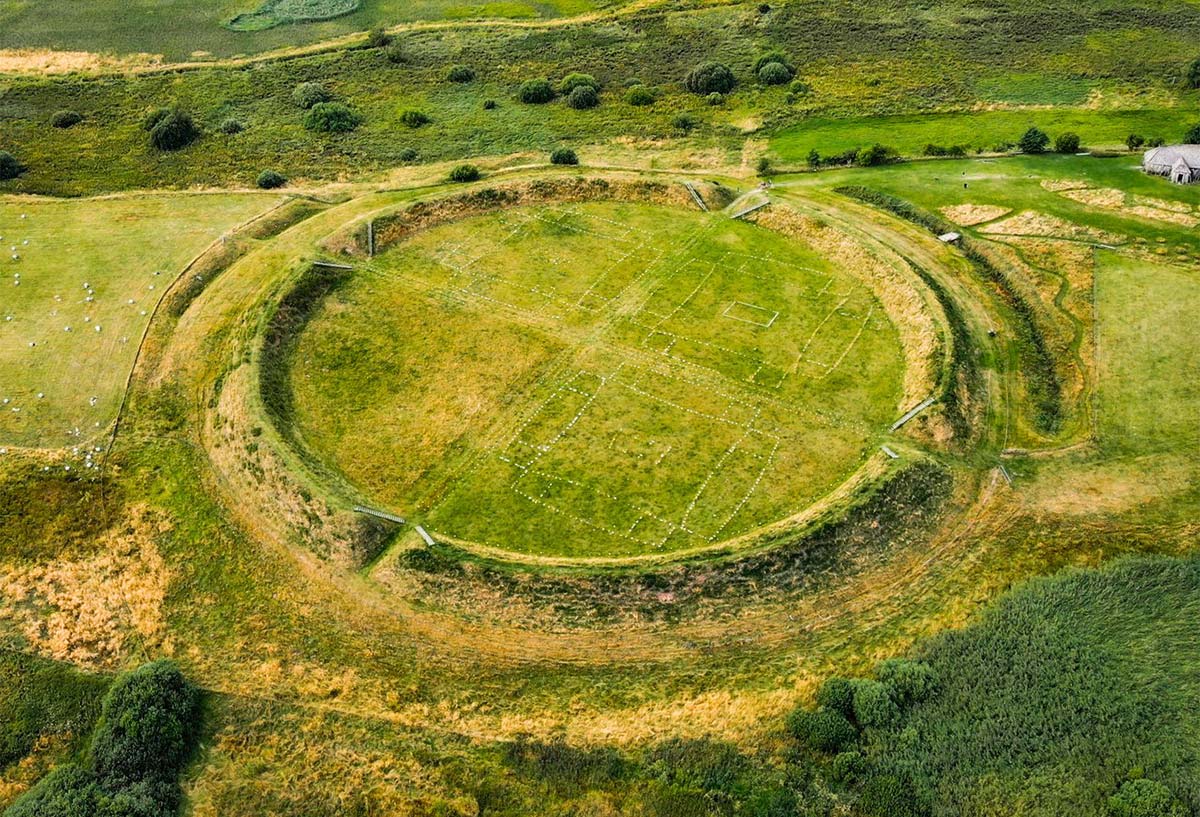 Fyrkat, constructed around 980 AD, was one of the multiple Trelleborg-type fortresses erected by Harald Bluetooth. The main feature of these type of forts was their round shape, with four gateways and roads pointing in opposite directions. There are seven ring fortresses in total known in Scandinavia, with four of those located in Denmark. 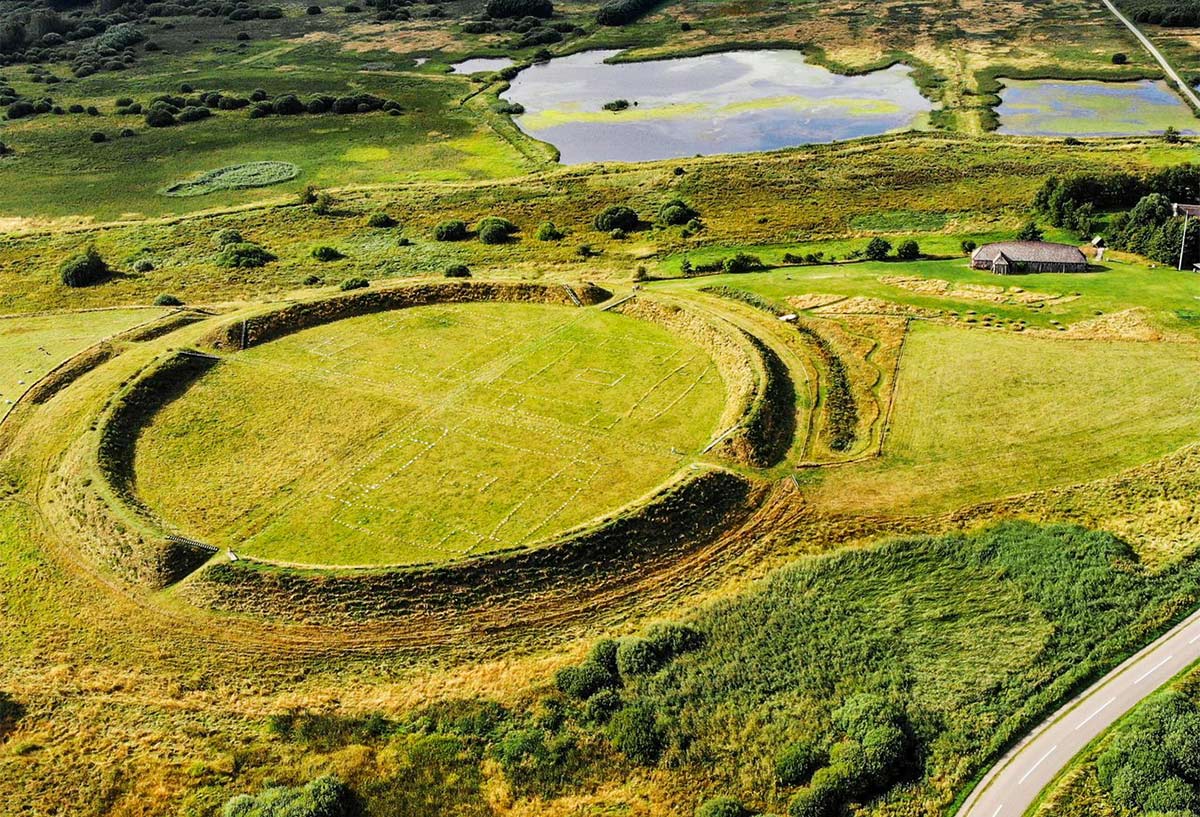 Fyrkat fort with a reconstructed Viking longhouse in the background 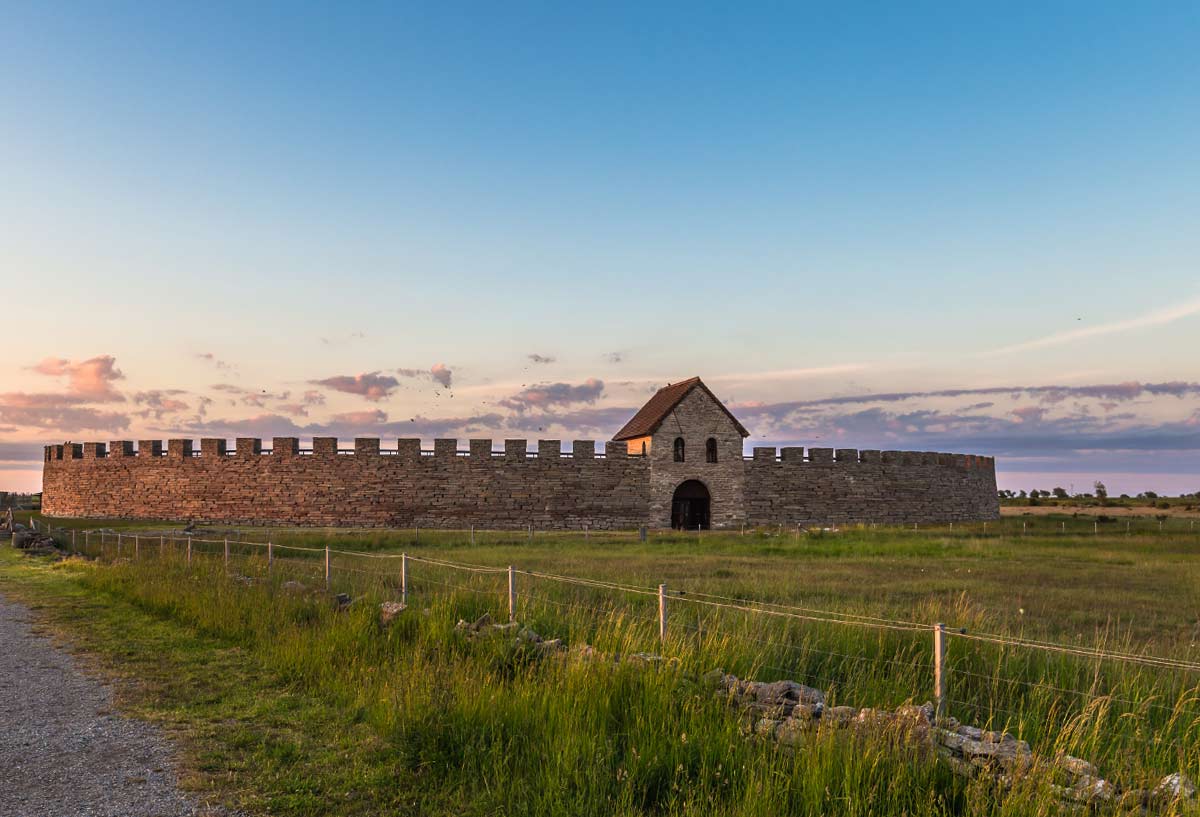 Eketorp Fort located on the Swedish island of Öland

This Iron Age fort is the oldest on our list, with the earliest signs of construction taking place around the 4th century AD. The site saw continuous growth until the beginning of the 8th century, when it was abandoned and left to slowly decay. The fortification would probably be in a worse conditions today if it hadn’t been reused as a military garrison during the High Middle Ages in the 12th and 13th centuries. 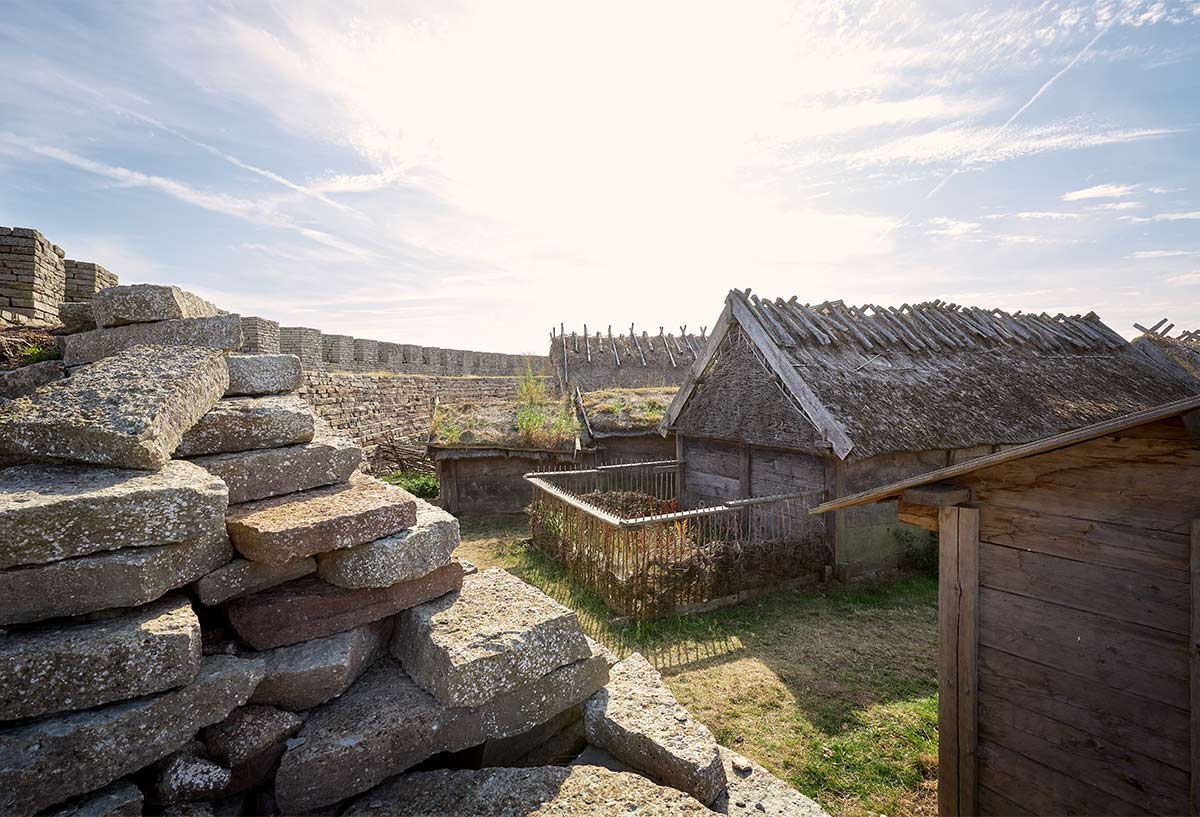 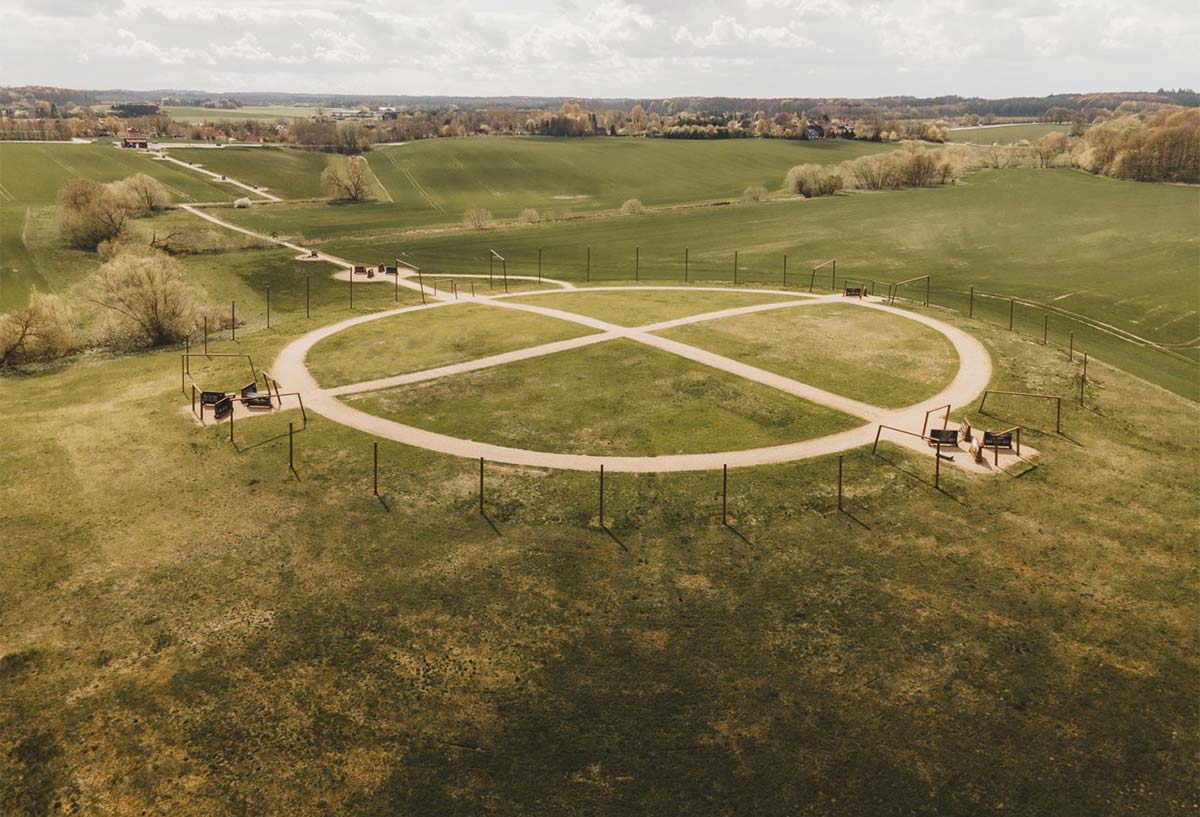 Located on the Danish island of Zealand, southwest of Copenhagen, little has remained of this once impressive stronghold. It is the third largest out of all discovered Trelleborg-type ring forts, spanning 145 metres in diameter. The Danish fortifications were only used for a very short period of time, suggesting that they were more likely a tool to consolidate royal power, rather than defensive structures meant to deter foreign invaders. 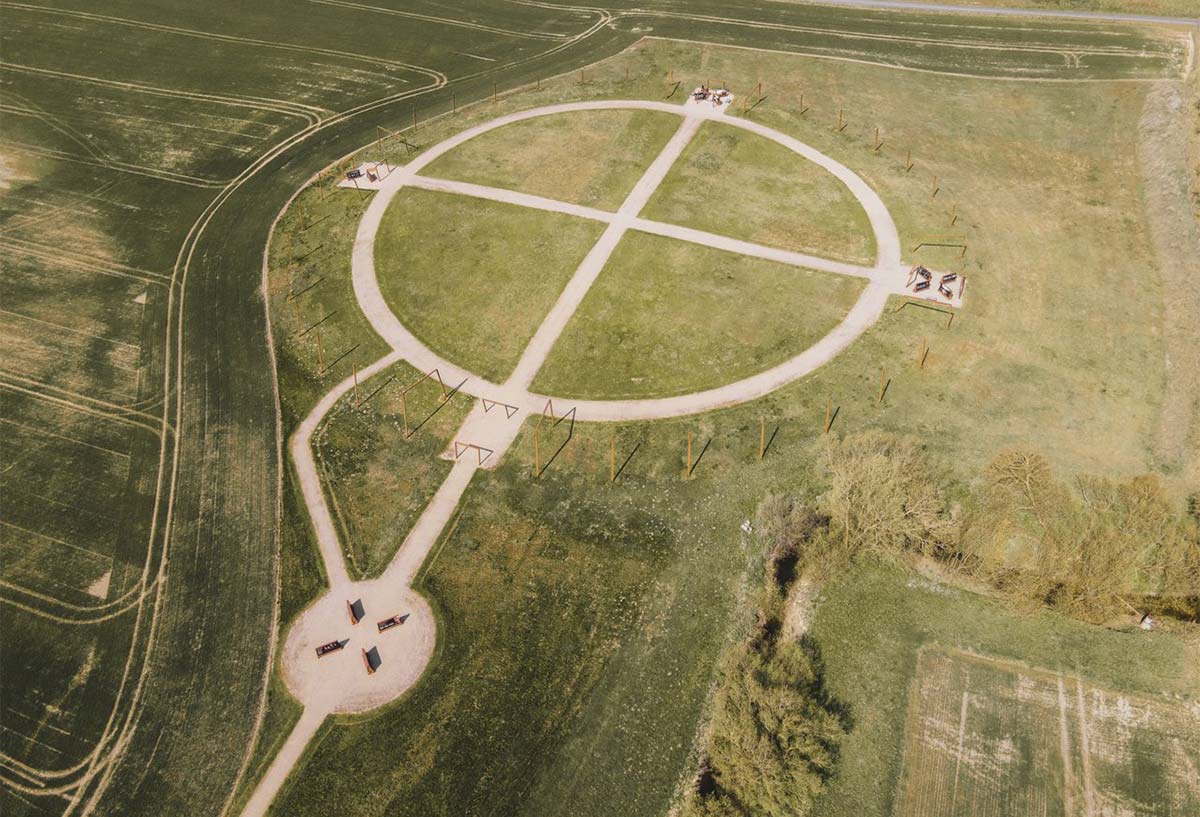 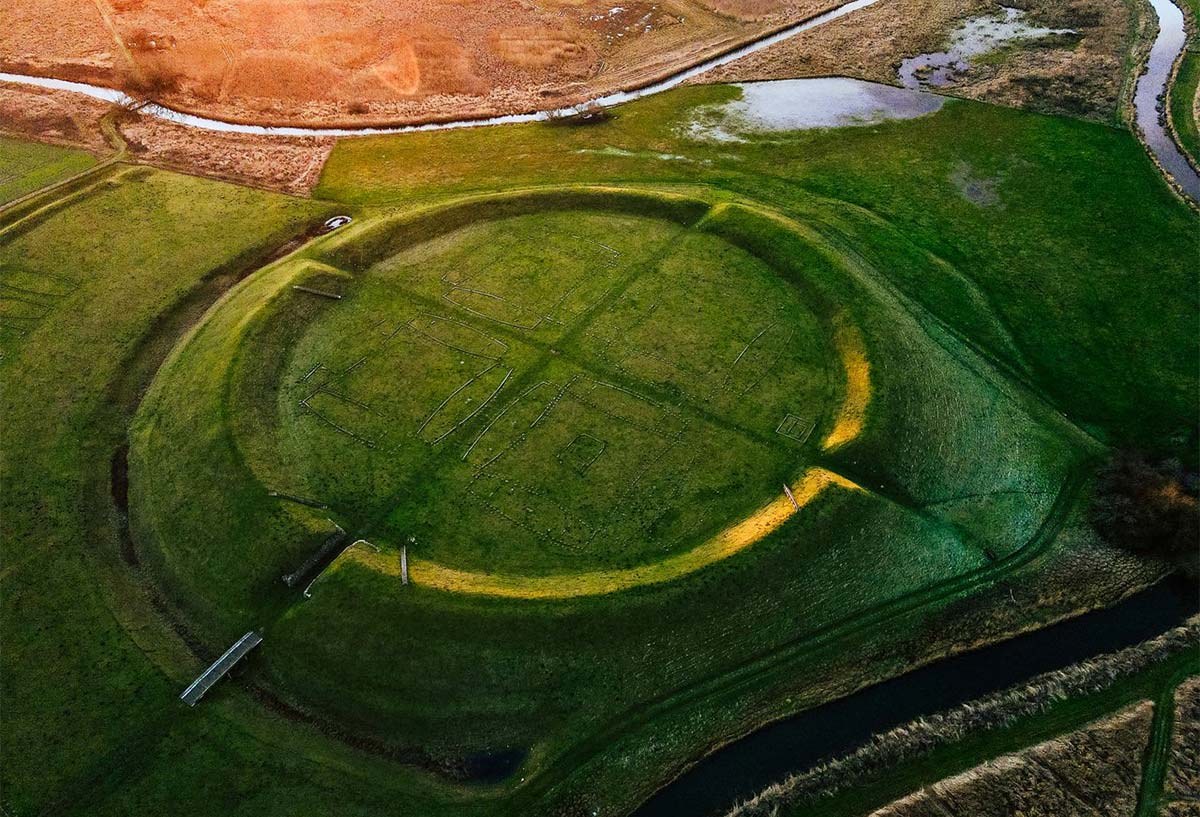 The eponymous fort of Trelleborg has become a beautiful, yet largely eroded feature of the surrounding countryside. However it is still the best preserved Viking fort in Denmark, with parts of its outer wall and outer moat visible. In addition to the fortress, visitors can see a large Viking cemetery, a Viking village and a museum housing numerous excavated objects. 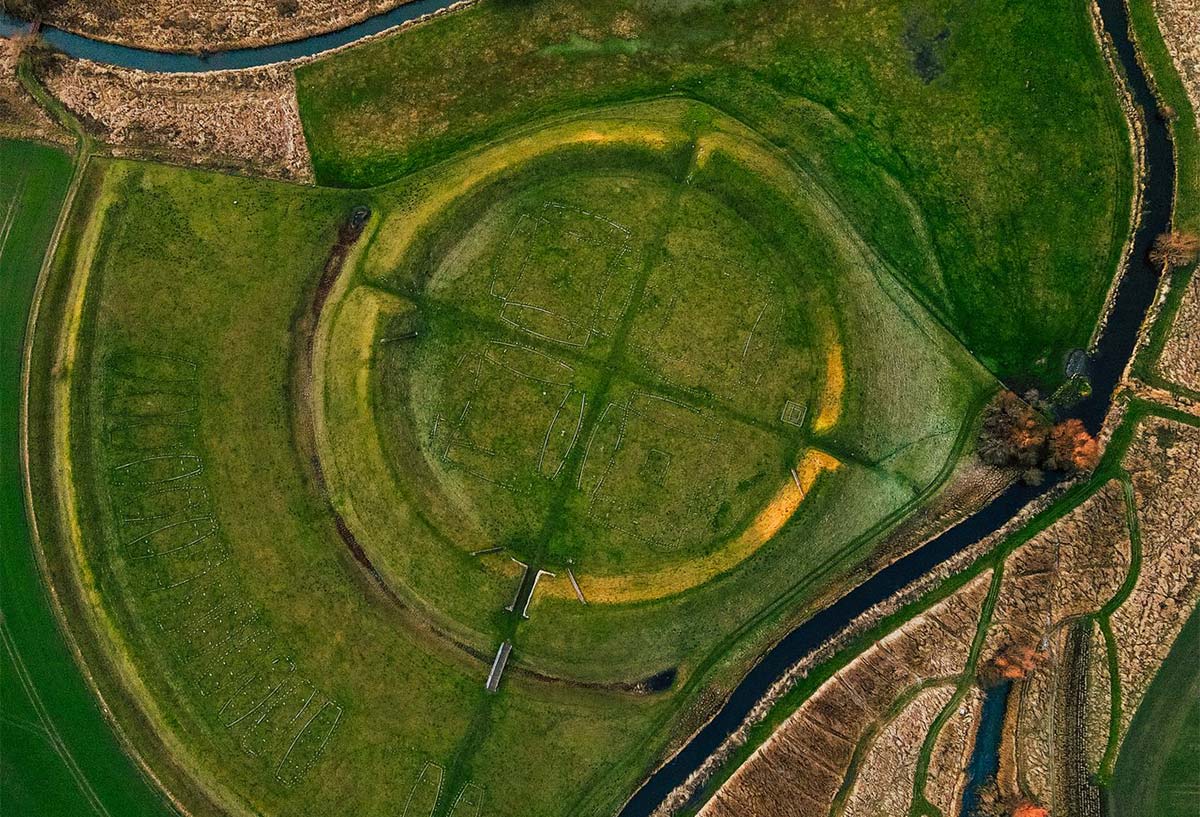 Trelleborg fort from above