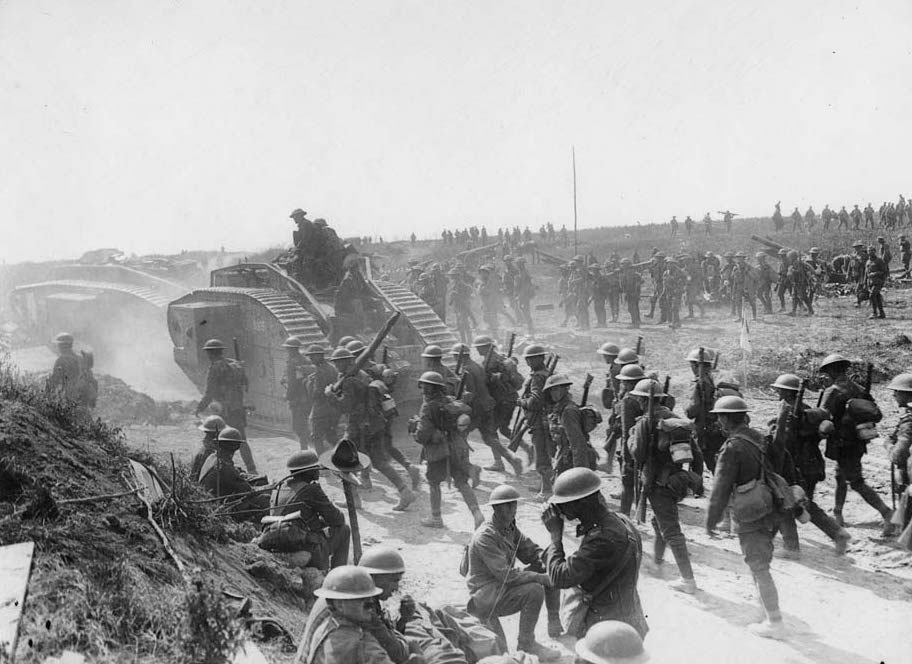 World War One was the first conflict to feature tanks. Deadlock on the Western Front and the need to reduce casualties in frontal attacks spurred the design and production of armoured vehicles. Here are 10 key moments in the development and use of the tank in the First World War.

Contrary to the popular image of the Western Front during World War One, the opening weeks of the conflict saw rapid mobile warfare. By the end of September 1914, however, both sides had dug in, with Germany fortifying a line that stretched the length of France with thousands of machine guns, artillery and barbed wire.

Any attack pitting human flesh against such a defence could only result in massive bloodshed. Something was needed to even the odds.

From the moment that fighting on the Western Front ground to a standstill, minds in Britain and elsewhere turned to solving the problem of the deadlock. Among those tackling the issue was British Prime Minister Winston Churchill – though First Lord of the Admiralty, by the end of 1914 he was already involved with the development of a prototype trench bridging machine.

Following a proposal from Lieutenant Colonel Ernest D. Swinton, in early 1915, Churchill also received a memo from Maurice Hankey of the Imperial Defence Committee on the subject of creating an armoured machine gun destroyer that would enable British infantry to cross the Western Front’s No Man’s Land.

The memo fired Churchill’s imagination and he gathered together a team of naval officers, politicians and engineers to design such a machine. The Landships Committee was born.

The Landships Committee initially struggled to settle on a design for their machine. But by mid-1915, engineers William Tritton and Walter Gordon Wilson had produced a prototype for Britain’s first tank that was based on a set of specifications issued by the War Office. Essentially consisting of a metal box mounted on caterpillar tracks, the prototype was named “Little Willie”. 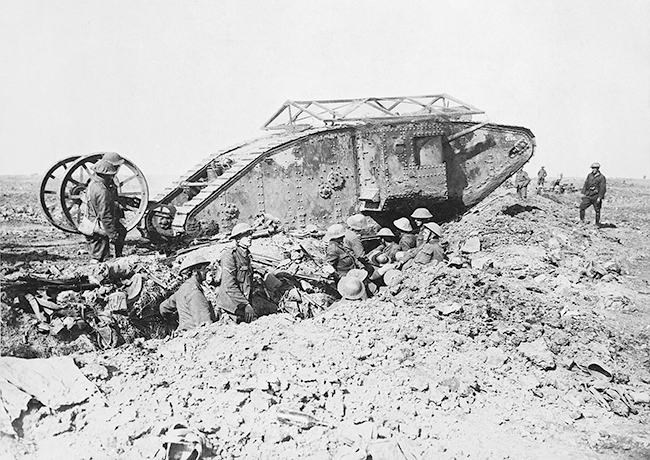 A Mark I tank.

Wilson was dissatisfied with Little Willie and so set about designing a new prototype that could better handle the terrain of the Western Front. He drew up a new design that would run tracks, especially designed by Tritton, all the way around a rhomboidal chassis.

The new design, named “Mother”, was mocked up and successfully trialled in April 1916. It then went into production under the designation Mark I. Once it had gone into production, the vehicle was referred to as a “tank” rather than a landship in order to preserve its secrecy.

The Mark I first saw action on 15 September 1916 at the Battle of Flers Courcelette – part of the Battle of the Somme. The effectiveness of the tanks at their first appearance was mixed. Of the 32 tanks ready for action on that day, only 9 were able to reach the enemy lines and engage in actual combat.

Many broke down and were abandoned. Nevertheless their psychological impact on both sides was massive and Douglas Haig placed an order for another 1,000 of the vehicles.

Following their baptism of fire at Flers, the tanks enjoyed mixed fortunes on the Western Front. Unforgiving terrain, insufficient numbers, lack of coordination with other arms and improving German anti-tank tactics led to disappointing outcomes for the tanks at the likes of Arras and Passchendaele.

But at Cambrai in November 1917, everything came together. Almost 500 tanks were available for the attack against the Hindenburg Line, which took place across firm ground and saw infantry, tanks, artillery and air power working together to achieve an impressive breakthrough on the first day.

Following their success at Cambrai, the tanks became celebrities at home. The government recognised their money-raising potential and arranged for tanks to tour the country in a war bond drive.

The tanks would arrive in towns and cities to much fanfare, with local celebrities standing on top of the vehicles and making crowd-pleasing speeches. The tanks would act as banks from which war bonds could be bought and towns were encouraged to compete to raise the most money. 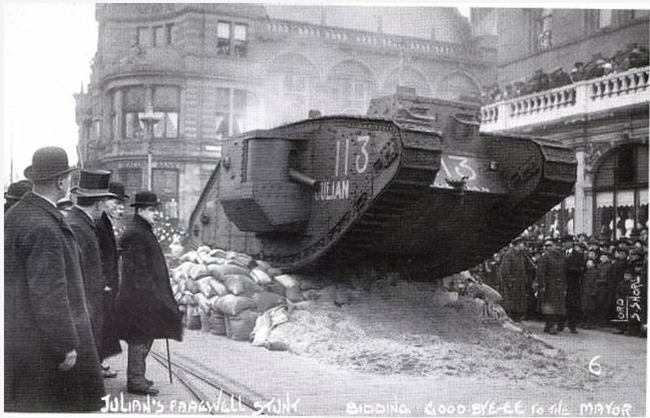 A tank named Julian shows off during a Tank Bank tour.

In 1918, Germany began producing its own tank – though they only ever built a very small number. On 24 April, the first ever tank versus tank engagement took place when a British Mark IV opened fire on a German A7V at Villers-Bretonneux during the Spring Offensive. 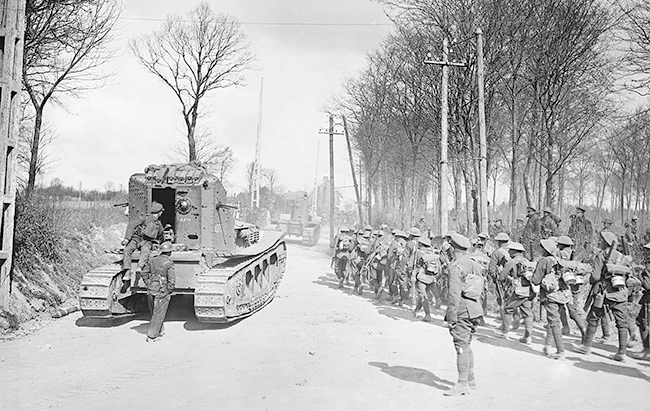 Whippets are seen in action at Maillet-Mailly, France, in March 1918.

Soon after production began on the Mark I tank, Tritton began work on a new design for a smaller, faster tank. Despite plans for the new tank to be ready in 1917, it was 1918 before the Whippet entered service.

Though difficult to drive due to its twin engines, the Whippet was undoubtedly fast and capable of causing mayhem when let loose behind enemy lines. It offered a glimpse into the future development of the tank.

In 1918, J. F. C. Fuller was chief of staff of the British Army’s Tank Corps. He drew up a plan to win the war in 1919, based on his belief in the tank as master of the battlefield. Fuller believed the way to defeat the enemy was to cut off its head – in other words, to take out the military leadership.

Fuller envisaged a force of light, fast tanks, supported from the air, that would puncture the enemy line, causing mayhem in the rear and severing the chain of command. Heavy tanks would then advance on the now disorganised and leaderless front line.

The plan called for over 4,000 tanks – far more than Britain could have produced. In any case, the war was over by November 1918. But Fuller remained one of the Tank Corps’ most vocal advocates into the 1920s. 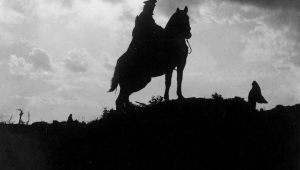 15 of the Best Novels and Memoirs About World War One 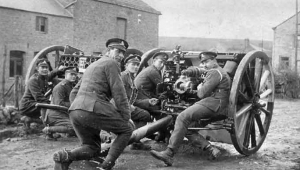 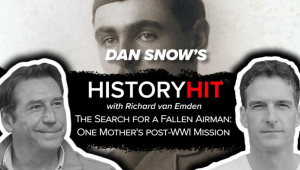 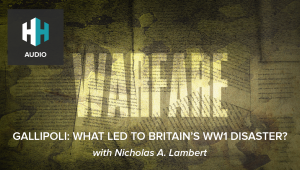 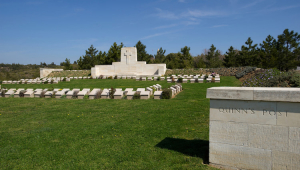