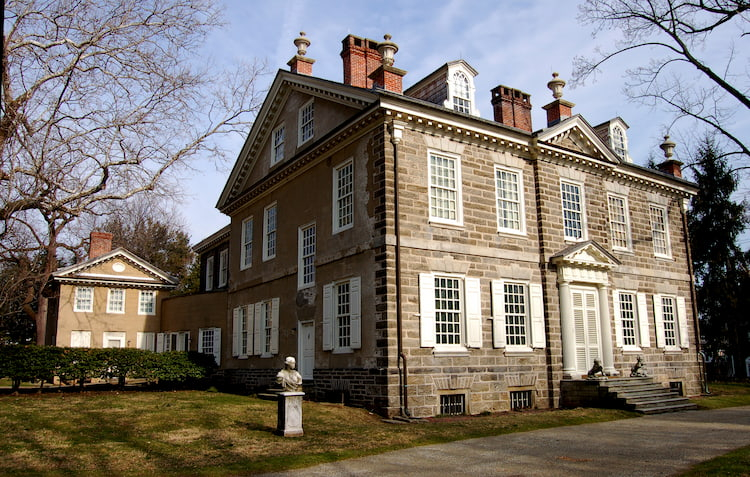 Cliveden House is an 18th century historic home in Northwest Philadelphia’s Germantown neighbourhood. Built from 1763 to 1767, Cliveden House was intended as the summer home of Supreme Court Justice Benjamin Chew and his family.

Benjamin Chew was born in Maryland, and trained a lawyer, rising through the ranks. The family owned a town house in Philadelphia, another property in Delaware, several plantations and a wide variety of other properties to be rented out. Unsurprisingly, much of the family’s wealth and prosperity relied on indentured or enslaved labourers.

Cliveden’s architect remains not entirely certain, but it’s though it was designed by William Peters, who used Palladio and Abraham Swan as inspiration: the house used the popular style of Anglicization of provincial German style buildings. Taken as a whole, Cliveden incorporating practices and building materials local to Delaware, whilst epitomizing the neo-classical style favoured by the elites of America at the time. Cliveden itself was a luxury – a retreat from the summer heat and an attempt to avoid yellow fever. It would go on to fulfil this role for seven generations of Chews, the main parts of the house remaining remarkably well-preserved.

One of the most important chapters in the history of Cliveden House took place on 4 October 1777, when it became the site of the Battle of Germantown, a clash in the Revolutionary War. Part of the Philadelphia Campaign, this battle was a victory for British troops under Colonel Thomas Musgrave against American forces under George Washington. Following the battle, the house briefly left the possession of the Chews, and was sold to a well-to-do merchant, Blair McClenachan. The Clew family bought it back in 1797, and continued to live in until 1970.

Cliveden House itself is accessible via guided tour only, from May to November (hours vary between summer and autumn): the grounds are open Monday – Friday throughout the year. Today, it is owned by the National Trust for Historic Preservation.

Visitors to Cliveden House can learn about different aspects of the Chew family’s history as well as that of the site itself. There is also increasingly an interest in African American history centred at Cliveden, including the experience of slaves and servants of the family. Research is ongoing, but what’s known is covered in tours today.

Every October, a re-enactment of the Battle of Germantown is held here, as part of the wider Revolutionary Germantown Festival in Philadelphia.

Getting to Cliveden House

Cliveden is in northwest Philadelphia – Upsal, Washington Lane or Carpenter stations are all about a 15 minute walk away. Bus route 23 stops a couple of minutes away on Germanstown Avenue. This area of Philadelphia is mainly residential: there’s on street parking but it can be quite hit and miss. It’s roughly a 15 minute drive from the centre of town, although this is heavily traffic dependent. 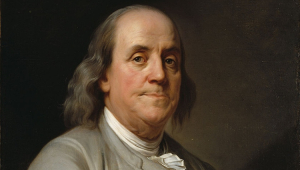 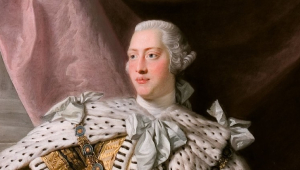 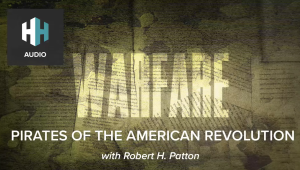 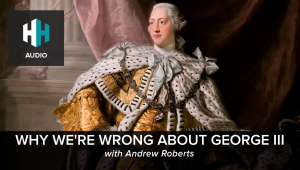