About Mausoleum of Mausolus

The Mausoleum of Mausolus, also called the Mausoleion, was once the magnificent tomb of the Caria ruler and eldest son of Hecatomnus, Mausolus.

Built between 353 and 350 BC at Halicarnassus, which is now modern day Bodrum in Turkey, the Mausoleum of Mausolus was such an impressive structure that the word “mausoleum” is derived from its occupant’s name and is now used to describe most large tombs. It was also considered one of Pliny’s Seven Wonders of the Ancient World.

Unfortunately, the Mausoleum of Mausolus was almost entirely destroyed by tomb robbers and earthquakes, leaving visitors today without any particular sense of its former grandeur. 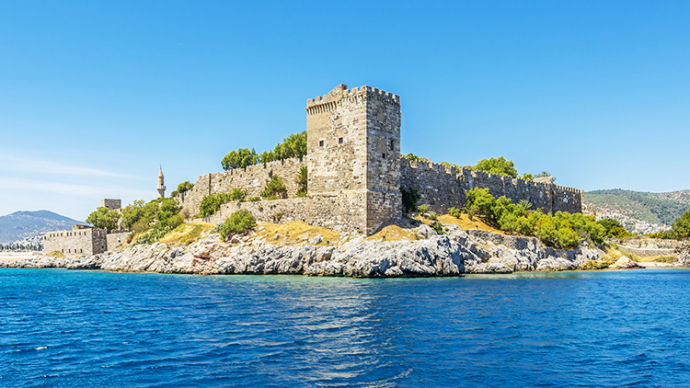 Bodrum Castle is a 15th century citadel built by Christian knights and houses the Museum of Underwater Archaeology.

Just as empires rise and fall so do entry fees and opening hours! While we work as hard as we can to ensure the information provided here about Mausoleum of Mausolus is as accurate as possible, the changing nature of certain elements mean we can't absolutely guarantee that these details won't become a thing of the past. If you know of any information on this page that needs updating you can add a comment above or e-mail us.

The Top 10 Tourist Attractions in Turkey