About The Florence Nightingale Museum

The Florence Nightingale Museum in Üsküdar in Istanbul is located in the Selimiye Barracks, the Turkish army barracks which served as a British military base and hospital from 1854 to 1856, during the Crimean War.

It was at the Selimiye Barracks, then known as the Scutari Barracks, that the English nurse Florence Nightingale achieved fame as a pioneer of the medical profession and earned her nickname as the “Lady of the Lamp”.

At its peak, the Selimiye Barracks had 5,000 patients. Nightingale discerned that the dire conditions at the hospital were responsible for a great number of them dying needlessly and successfully petitioned for vast improvements.

Whilst small, the Florence Nightingale Museum does give an insight into the woman who transformed the living conditions and mortality rates of Crimean War soldiers. Visitors to the Florence Nightingale Museum can see her original desk in the place where she worked together with some letters and equipment. It is worth noting however that the lamp on the desk is not proven to be the one she famously used on her night rounds.

Selimiye Barracks still operates as a military base. As such, the tour is short and the Florence Nightingale section is restricted to one tower. Having said this, one can also see a small exhibit about the Turkish army and the tour is offered in English. The military backdrop also means that security is tight (see entry details) and can be difficult to arrange.

The Balaclava Battlefield was the site of the Charge of the Light Brigade during the Crimean War. 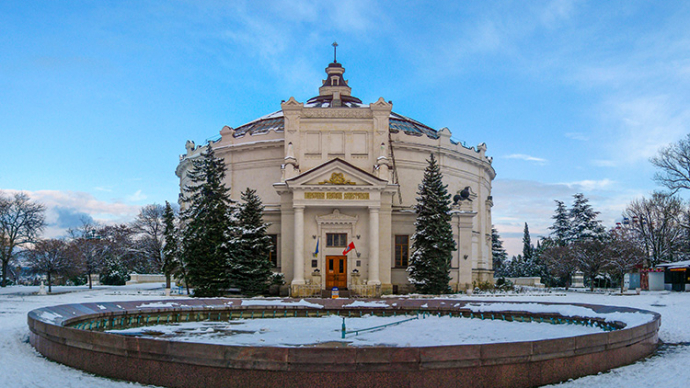 The Siege of Sevastopol Museum is dedicated to the British, French and Turkish siege of the city during the Crimean War.

The Haidar Pasha Cemetery in Turkey is the final resting place of thousands of Crimean War soldiers.

Just as empires rise and fall so do entry fees and opening hours! While we work as hard as we can to ensure the information provided here about The Florence Nightingale Museum is as accurate as possible, the changing nature of certain elements mean we can't absolutely guarantee that these details won't become a thing of the past. If you know of any information on this page that needs updating you can add a comment above or e-mail us.

The Top 10 Tourist Attractions in Turkey