20 of the Most Bizarre Creatures From Medieval Folklore | History Hit 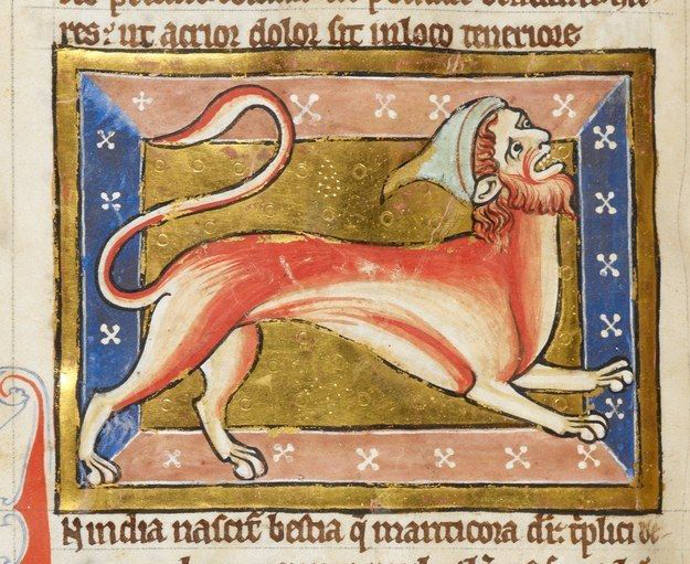 The folklore of medieval Europe was a mixture of legends from various sources, such as ancient regional stories mixed with Judeo-Christian religious tales and myths from the Roman Empire and the Near East.

Whether or not people believed in all of these creatures is difficult to say, since it was not really the point to believe or disbelieve (although many would have been convinced of the existence of these creatures). The point of folklore was more to illustrate issues of moral and social importance rather than to accurately depict the natural world.

The Hircocervus was supposed to be half deer and half goat and had been speculated about since antiquity. Both Aristotle and Plato discuss the Hircocervus in their philosophy, although to Aristotle’s mind the creature is clearly fictional. The first English language mention of the Hircocervus comes from a manuscript of 1398. 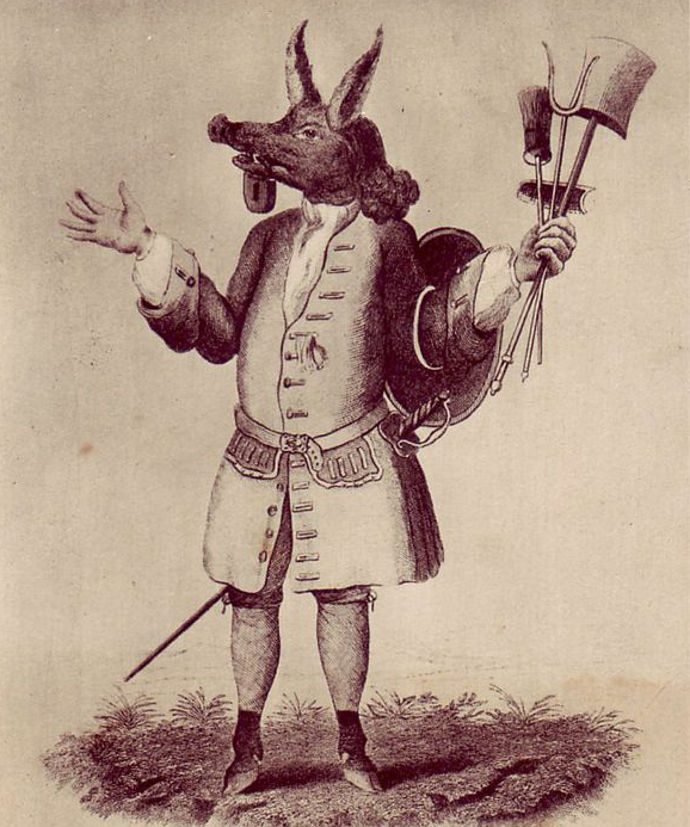 The legend of the Manticore originated in Persia and, like many monsters, reached medieval Europe via Pliny the Elder’s 1st century Naturalis Historia, which tended to be quite willing to accept such creatures.

“The creature has four feet, and that his head resembles that of a man, but that in size it is comparable to a lion; while the tail of this animal puts out hairs a cubit long and sharp as thorns, which it shoots like arrows at those who hunt it.” 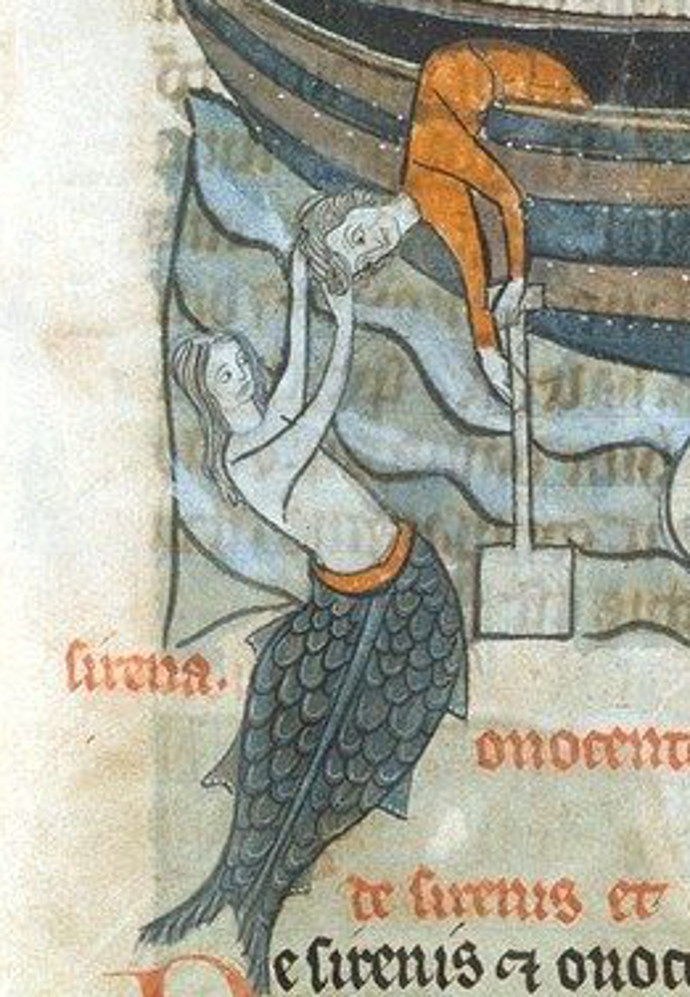 The earliest references to Mermaids are in Assyrian folklore and the creatures became well known in Europe via Greek adoptions of the Assyrian legends. They were usually portrayed as capricious and often simply as evil.

The Monoceros appeared first in Pliny’s writing and was described as a beast with the body of a horse, the head of a stag, the feet of an elephant, the tail of a boar and a black horn in the centre of its head. The name “Monoceros” was sometimes used interchangeably with “Unicorn”. 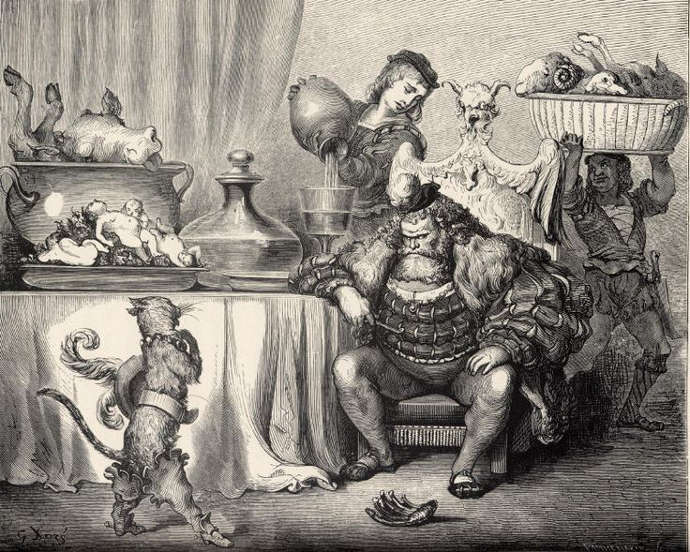 Ogres appear in the folklore of a variety of cultures and are generally characterised as larger, uglier versions of humans. They are almost always described as eating human flesh and may have been inspired by real life cannibals. 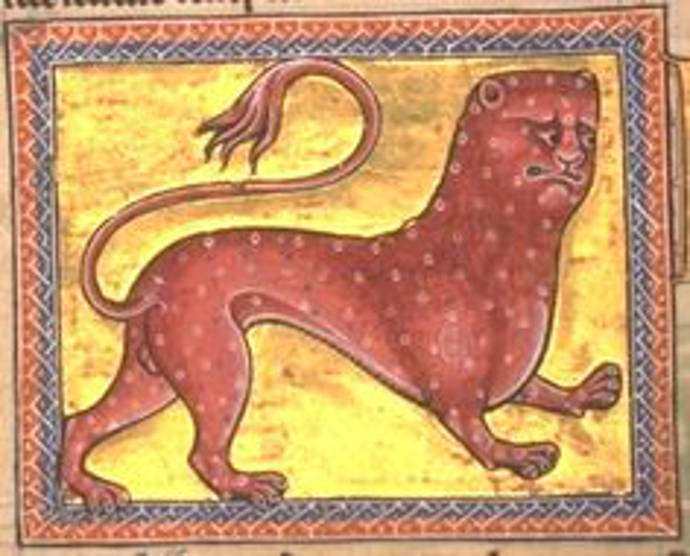 The Pard was believed to be a large spotted cat which could move at great speed, possibly inspired by a cheetah. They were thought to mate with lions in order to produce leopards. 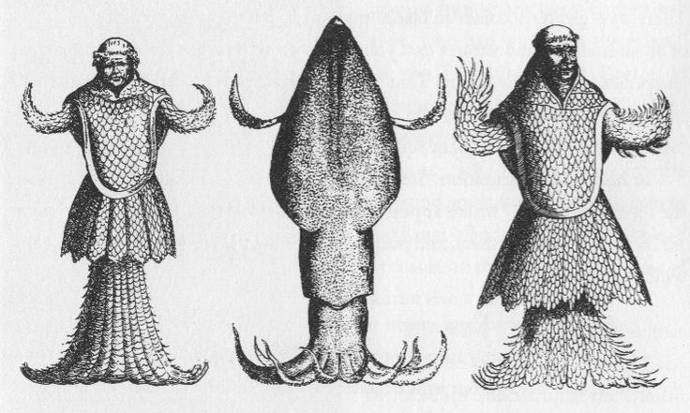 Probably the product of an indistinctly seen seal or fish, the Sea Monk was a creature of north European legend which supposedly lived in the seas around Denmark and resembled a monk superficially.

Although the Salamander is a real animal, the medieval descriptions of it are sufficiently fantastical that they are often treated as being about a separate fictitious creature.

In appearance, it has been everything from a dog to a bird to an actual salamander, frequently with wings of other animal parts added on. They were generally regarded as having power over fires though the specifics of their interactions with fire could vary. 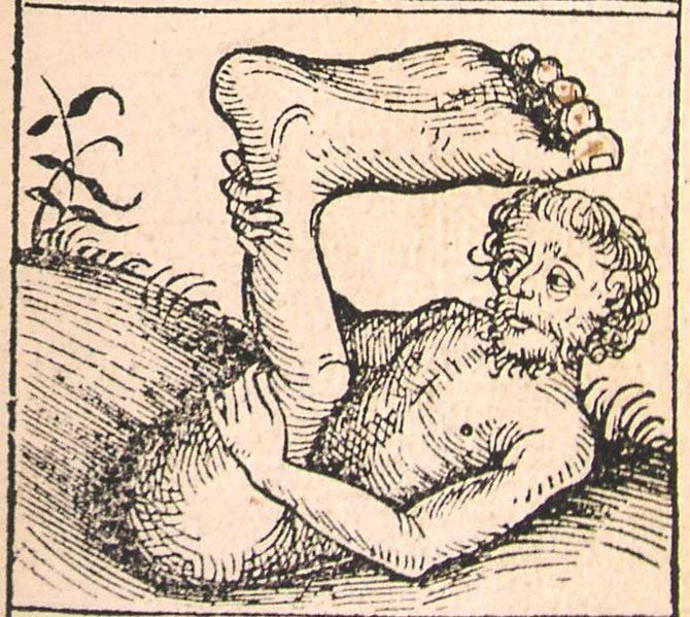 Monopods made their way into European folklore through the work of Pliny the Elder. As the name suggests, they are one-footed creatures. According to Isodore of Seville, they:

“…live in Ethiopia; they have only one leg, and are wonderfully speedy. The Greeks call them σκιαπόδεϛ (“shade-footed ones”) because when it is hot they lie on their backs on the ground and are shaded by the great size of their feet.” 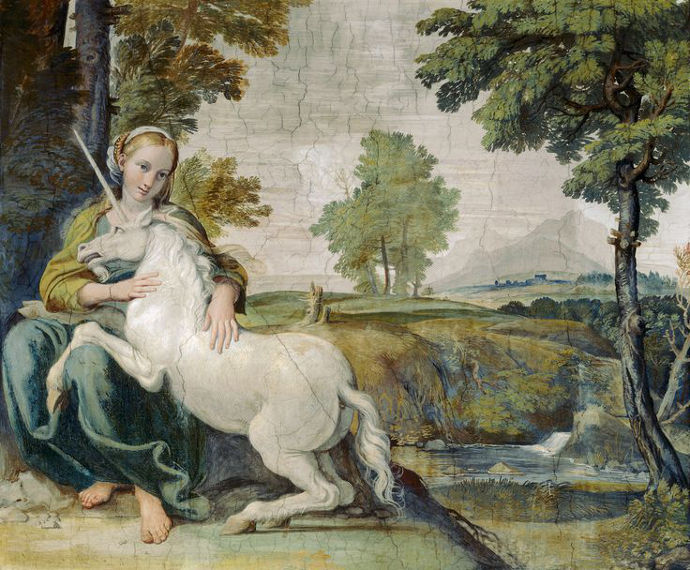 In the Middle Ages, Unicorns had strong religious symbolism. They were associated with the Virgin Mary and stories involving the death of unicorns often paralleled Jesus’ Crucifixion. Like much of European folklore, Unicorns were originally described by the Ancient Greeks who believed them to live in India.

11. The Vegetable Lamb of Tartary

The Origins of the Vegetable Lamb are unclear although both Jewish and Celtic folkloric traditions feature similar plant-animals. The Vegetable Lamb was believed to be attached to the plant by its umbilical cord and to graze the area accessible around the plant. The legend became popular in England in the 14th century thanks to the travel writing of John Mandeville. 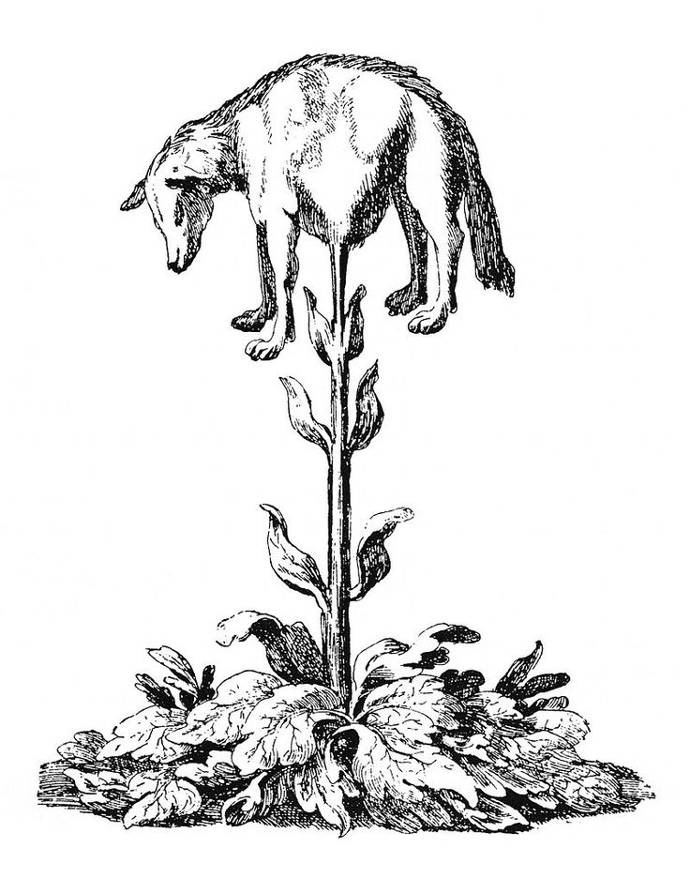 The Wyvern was a large winged reptile similar to a dragon – except for its having two rather than four legs. 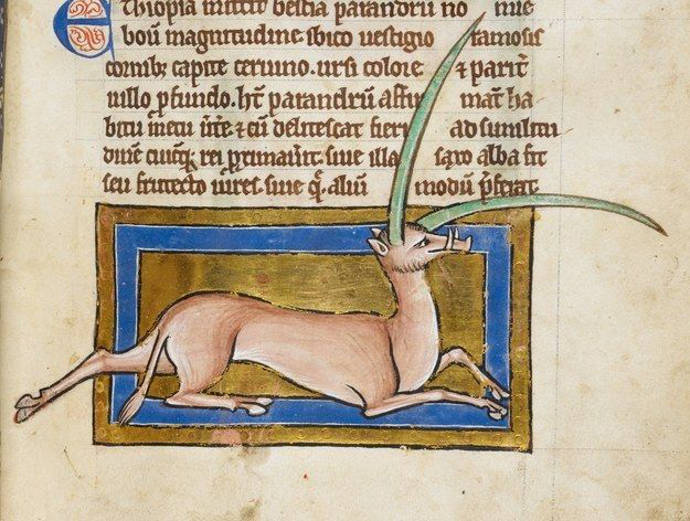 Pliny is also responsible for the appearance of the Yale in medieval myth. This creature is described either as being like an antelope or a goat; except that in either case its horns are larger. The Yale has served as one of the heraldic animals of British royals since the reign of Henry VII.

The Basilisk was purportedly the king of the serpents and could kill in many different ways. Various authors believed that its breath, gaze, bite, touch and voice could all prove instantly fatal. In the writings of antiquity, the Basilisk was described as a small snake. But the Basilisks of medieval writers were larger, more intimidating creatures, often partially bird-like. 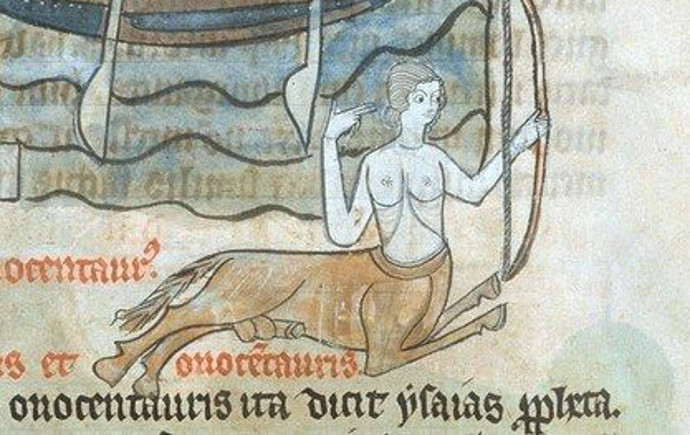 Present in Mediterranean folklore since the Bronze Age, Centaurs were a widely known part of medieval folklore throughout Europe. They continued to be associated with the wine god Dionysus even in Christianised Europe and were a feature of Romanesque architectural motifs.

Headless men were frequently included by classical and medieval accounts of distant lands. Africa in particular was believed to be home to these creatures and the name Blemmyes derives from a real group of north African nomads. 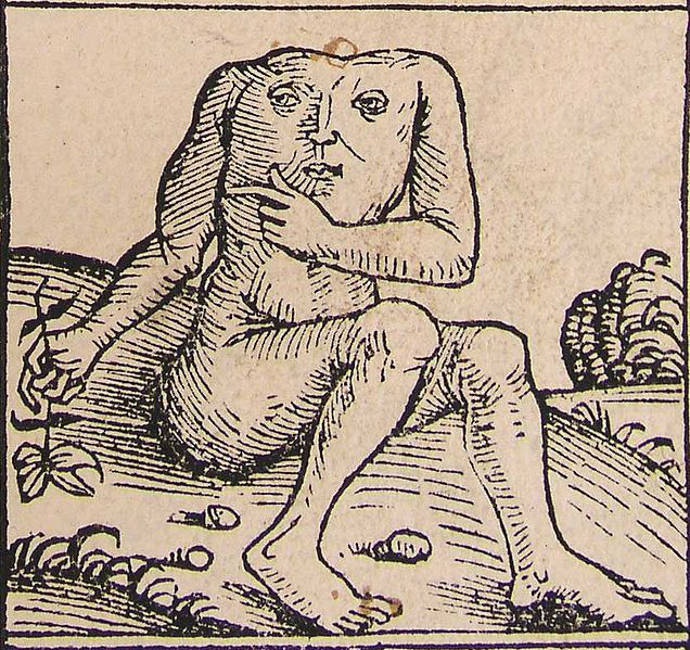 Possibly the result of exaggerated tales about hyenas, the Crocotta was variously part dog, part wolf or part lion. It was supposed to live in Africa or India and be extremely aggressive toward both humans and dogs. 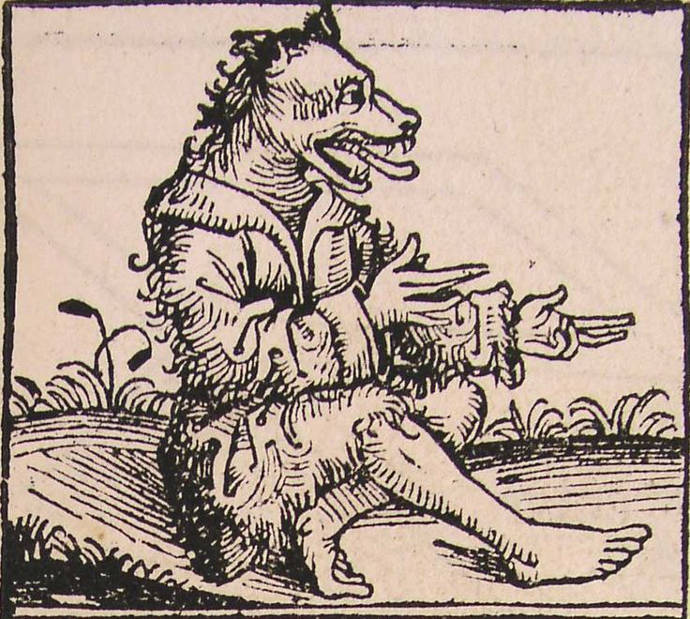 Cynocephali were a mythical species of dog-headed people. The term was frequently applied in a metaphorical way to suggest lack of civilisation and both Scandinavians and Africans were presented like this. In the Orthodox Church, Saint Christopher is usually shown as one of these.

Dragons in European folklore are almost always hostile to humanity, except in Welsh and Bulgarian traditions. Dragons are four-legged, winged and fire breathing, according to the standard descriptions. 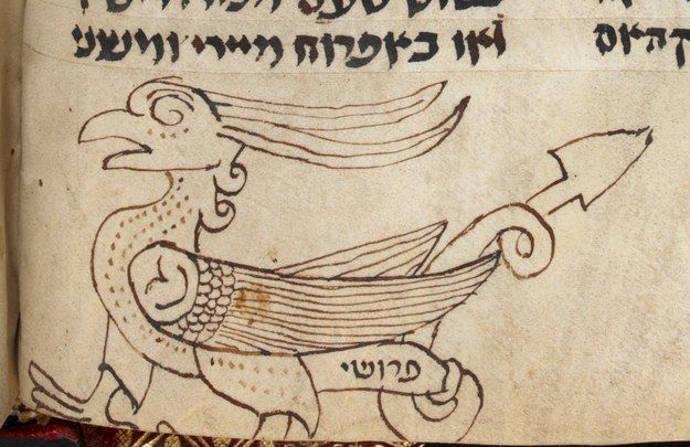 The origins of Griffins are unclear and in the early Middle Ages their appearance is variable. By the 12th century it had become more regular, comprising the body of a lion with the head and wings of an eagle. It was popular in heraldry, symbolising the intelligence of the eagle combined with the bravery and strength of the lion.