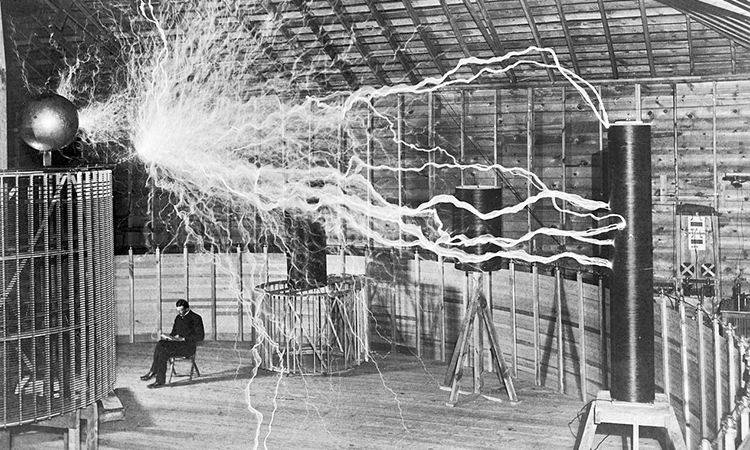 Even among the many great and innovative minds of the late 19th century, Nikola Tesla, the Serbian-American inventor who discovered the rotating magnetic field, stands apart for the sheer scale of his contribution to science.

Over the course of his extraordinarily prolific life, Tesla filed at least 278 patents. Here is a modest selection of his most noteworthy inventions.

Probably Tesla’s most famous invention and certainly one of his most spectacular, the Tesla coil was a product of his ambition to create a system that could transmit electricity wirelessly.

The system consists of two parts – a primary and secondary coil, both of which have their own capacitator (which stores electrical energy, like a battery). The primary coil is hooked up to a power source from which it receives a massive charge, to the point that the charge breaks the air resistance in the space between the two coils (known as the spark gap). This creates a magnetic field that soon collapses, generating an electric current in the secondary coil. Sparking voltage zips between the two coils several hundred times a second, charging the secondary coil’s capacitator until it bursts free in a spectacular bolt of electrical current.

The Tesla Coil has limited practical use, but it transformed our understanding of electricity and many of the 20th century’s most important electrical innovations – including TVs and radios – continue to employ similar technologies. 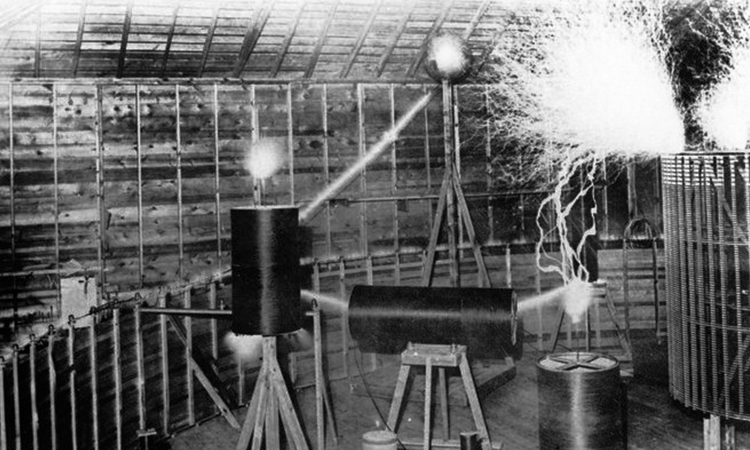 Inspired by the emergent success of the piston engine in automobiles, Tesla decided to develop his own turbine-style engine. Also known as the boundary-layer turbine and cohesion-type turbine, Tesla’s turbine was distinct in its design. Unlike conventional turbines Tesla’s design was bladeless, instead employing smooth discs rotating in a chamber to generate movement.

Tesla’s cutting-edge turbine engine never really caught on, even though it offered clear advantages over the conventional turbine. Its design was not only adaptable and cheaper to produce than blade turbines, but it was also impressively efficient, delivering 3,600 rpm and generating 675 horsepower.

You’re probably thinking hang on a minute didn’t Guglielmo Marconi famously invent radio? Well, it turns out that Marconi’s claim is at least debatable. In fact, using his coils, Tesla made promising advances in the transmission and reception of radio signals in the mid-1890s, before Marconi took out the first wireless telegraphy patent in 1896.

In early 1895 Tesla was ready to send a radio signal 50 miles, from his lab at 33 and 35 South Fifth Avenue in Manhattan, to West Point, NY but disaster struck before his ground-breaking test could be completed: a building fire destroyed Tesla’s lab, taking his work with it. A year later, Marconi took out his first wireless telegram patent in England. 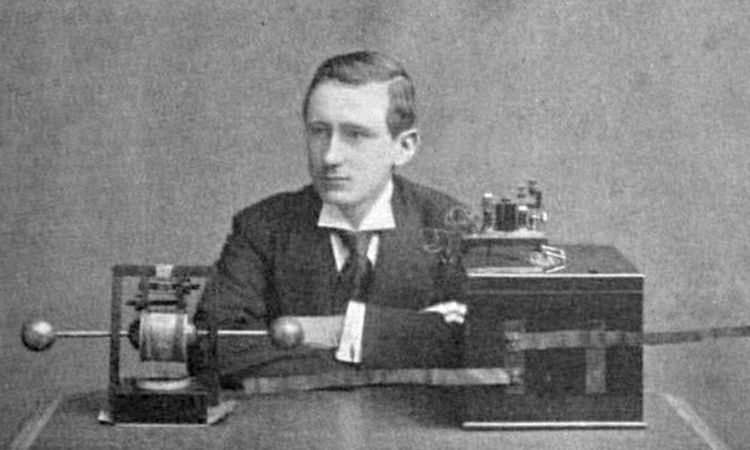 Guglielmo Marconi with his early wireless radiotelegraphy transmitter and receiver, 1897

Like so much of Tesla’s work, the Magnifying transmitter was an expansion of his Tesla coil technology. Having set up a lab in Colorado Springs in 1899, he had the space and resources to create the biggest Tesla coil yet. He called this triple coil system the magnifying transmitter. It was 52 feet in diameter, generated millions of volts of electricity and produced 130-foot-long lightning bolts.

As with many of Tesla’s innovations, credit for the invention of the induction motor was contested. In this case, Tesla pipped the Italian inventor Galileo Ferraris, who developed the same technology at more or less the same time, to the post. Though Ferraris presented his concept of a motor that uses electromagnetic induction to spin its rotor first, Tesla filed his patents ahead of the Italian.

Arguably Tesla’s greatest contribution to humanity was his influence on the development of alternating current (AC). Perhaps it shouldn’t, strictly speaking, feature in a list of his inventions, but there’s no doubt that his technology was instrumental in the emergence of AC as the world’s dominant electrical system.

Tesla’s enthusiasm for AC was vociferously contested by Thomas Edison – for whom Tesla worked in the 1880s – who strongly favoured DC. Edison considered alternating current to be more dangerous than direct current and a very public ‘War of the Currents’ ensued, with AC’s biggest champion, George Westinghouse, using Tesla’s induction motor in his completely integrated AC system. Despite Edison’s opposition, Westinghouse’s belief in AC was ultimately vindicated.

One of the most impressive products of Tesla’s partnership with George Westinghouse was surely Adams Power Station, the world’s first hydroelectric power plant. This innovative powerhouse realised a long-held hope that the awesome force of Niagara Falls, one of North America’s most spectacular natural wonders, could be harnessed. The project was the indirect result of a competition, organised by the International Niagara Falls Commission, to find a plan that would succeed in doing just that.

The competition attracted entries from around the world, including a proposal to transmit DC electricity that was endorsed by Edison. But the leader of the Commission, Lord Kelvin, was sufficiently impressed by Westinghouse Electric’s display of AC at the 1893 Chicago World’s Fair that he asked Westinghouse and Tesla to develop an AC transmitting solution.

The project proved to be challenging and expensive but despite mounting scepticism among investors, Tesla was never in doubt that it would ultimately prove to be a success. Eventually, on 16 November 1896, the station was activated and electricity generated by the revolutionary Adams Power Plant Transformer House began to surge into Buffalo, NY. Before long, ten more generators were built and energy from the plant was used to electrify New York City. 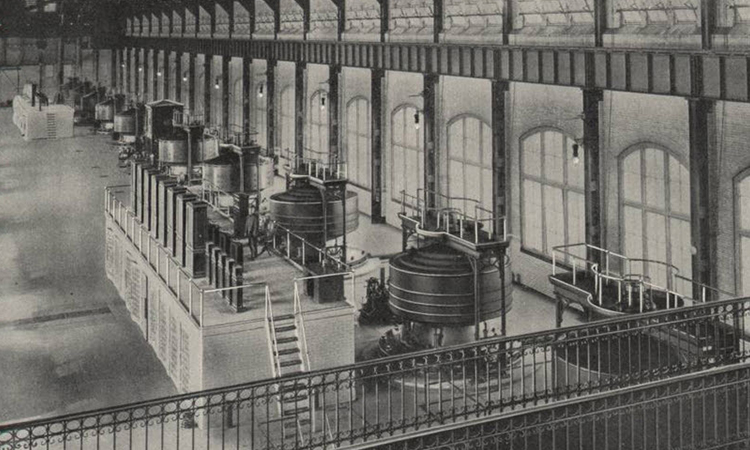 Another area of Tesla’s research that was likely curtailed by the fire that destroyed his New York lab in 1895 relates to the emergence of X-ray technology. Famously, German scientist Wilhelm Conrad Röntgen developed the first X-ray on the 8 November of that same year, a ground-breaking achievement that earned him the inaugural Nobel Prize in 1901.

Inspired by Röntgen’s X-ray, Tesla renewed his own interest and developed the Shadowgraph using a vacuum tube. His image of a shoe with a foot in it, produced in 1896, is thought to be America’s first X-ray.

Neon lights are another example of a technology that Tesla advanced rather than invented. A Frenchman, Georges Claude, ushered in the neon age when he displayed a pair of 38-foot-long neon tube lights at the Paris Motor Show in 1910. But something akin to neon lighting had been developed decades earlier in the mid-19th century by Heinrich Geißler, a German glassblower and physicist who produced neon-like effects by running a current through glass tubes filled with gasses like argon.

Tesla was in possession of several of Geißler’s tubes and observed that they lit up in succession as he adjusted the frequency of his coil. This chance discovery was a dramatic realisation of his interest in wireless energy. In 1893, he displayed a selection of discharge lights that lit up without being powered by electrodes or wires at the Chicago World’s Fair.

Tesla’s extraordinary legacy continues to bear fruit nearly 80 years after his death. As recently as 2021, his 1920 patented ‘vavular conduit’ was revisited by scientists, who identified a variety of new applications for Tesla’s century-old design. While Tesla is obviously better known for his work with electrical currents and circuits, the valve is an interesting example of his genius being applied to a different scientific field.

The device, which has no moving parts, features a series of interconnected teardrop-shaped loops that provide a clear path for the forward flow of liquid while limiting the speed of reverse flow. It’s thought that a re-engineered version of the Tesla valve could provide an effective alternative to the conventional check valve, allowing flows to be controlled without the need for moving parts. 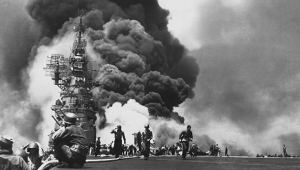 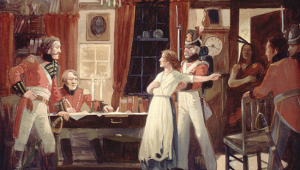 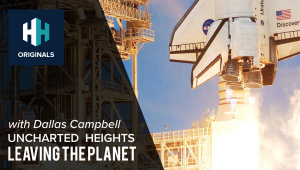 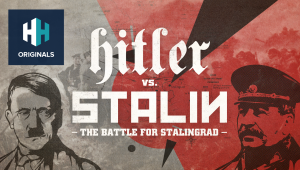 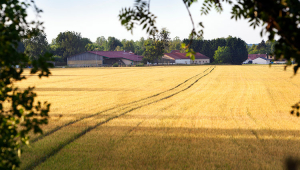 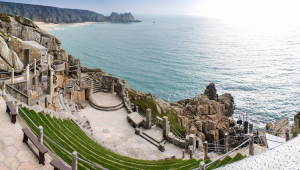