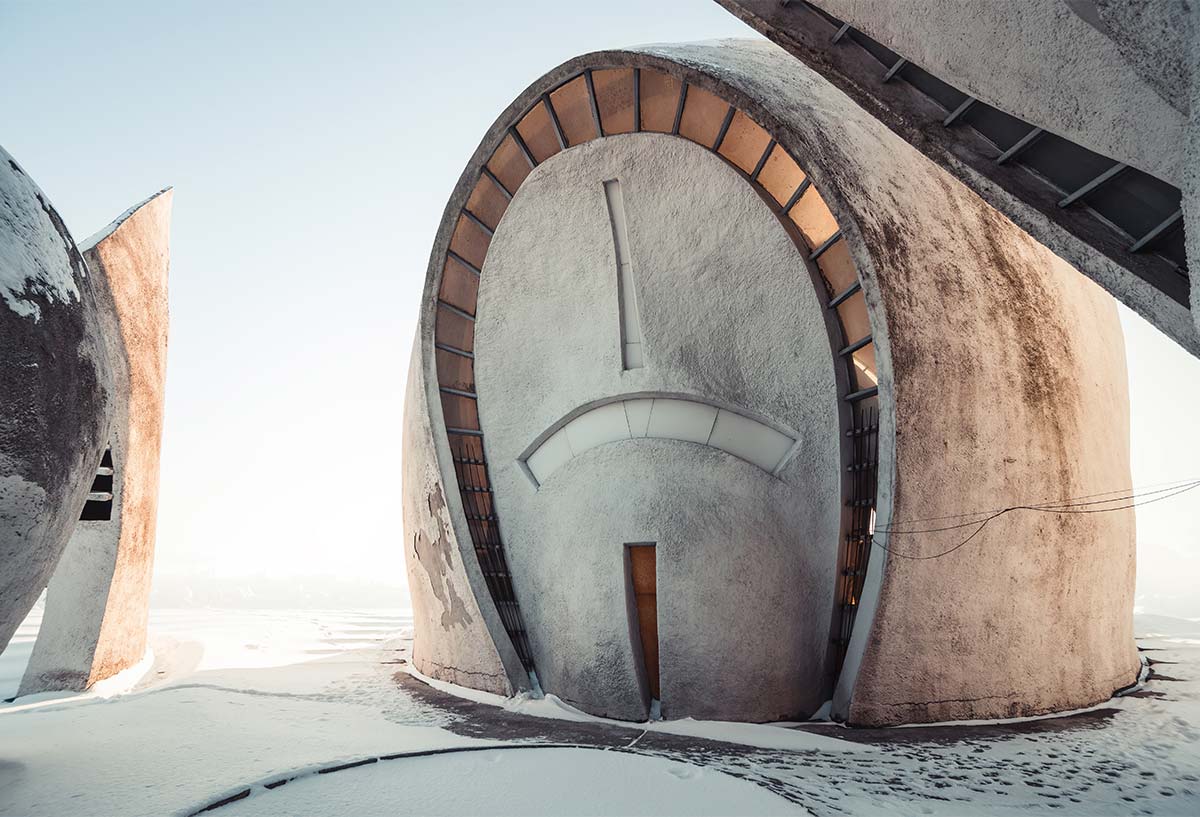 Brutalism was one of the most influential, but also divisive architectural movements of the 20th century. Characterised by the use of raw concrete, dramatic large scale shapes and textured surfaces, the style was adopted by architects across the globe. But there was one region that developed a special fondness towards brutalist architecture – the Soviet Union.

Many Soviet cities are characterised by concrete boxes, that look roughly the same from Riga in Latvia to Vladivostok in the far east of Russia. Often referred to as either Khrushchyovkas or Brezhnevkas, they are regularly seen as an unfortunate legacy of the Communist era.  But some Soviet creations from the mid to late 20th century are truly unique, striking and sometimes wacky.

The Bank of Georgia – Tiblisi 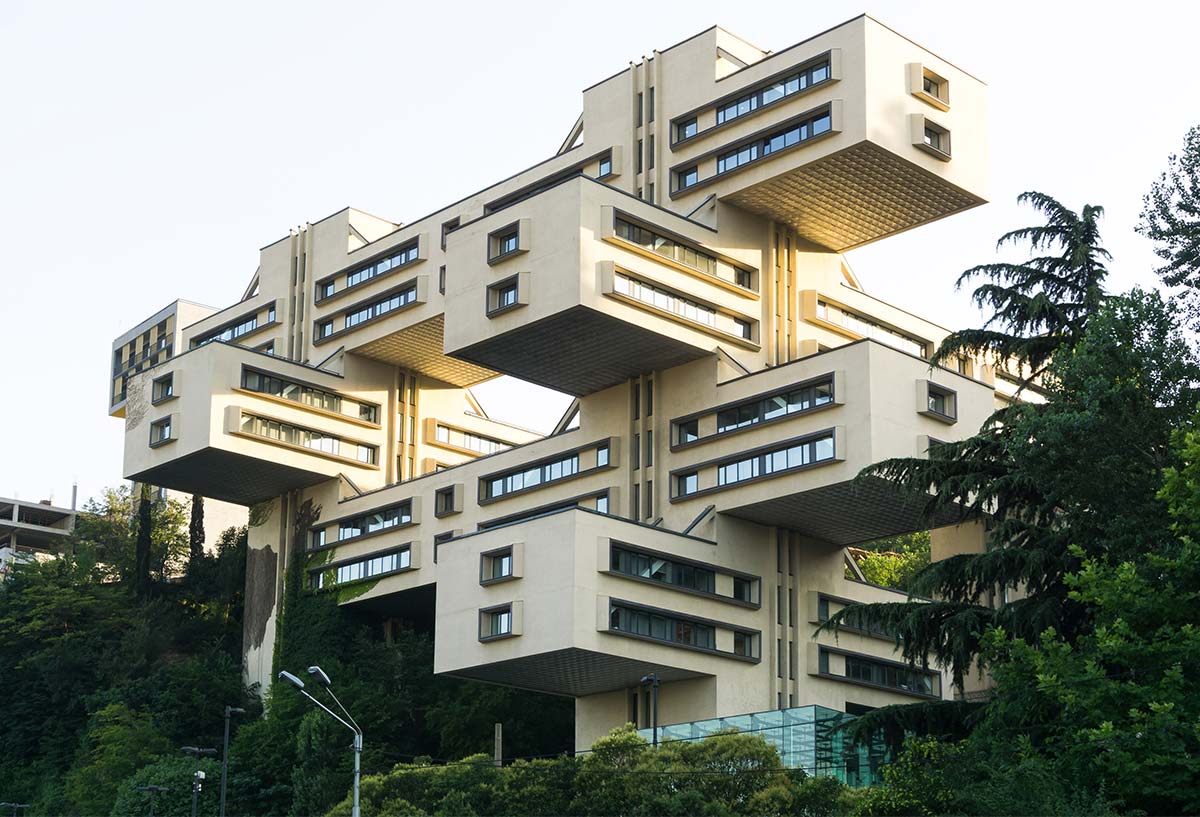 Opened in 1975, this slightly curious looking building is one of the most iconic Soviet era structures in the Georgian capital. It served as a building for the Ministry of Highway Construction, though from 2007 onwards it has been the main office of the Bank of Georgia. 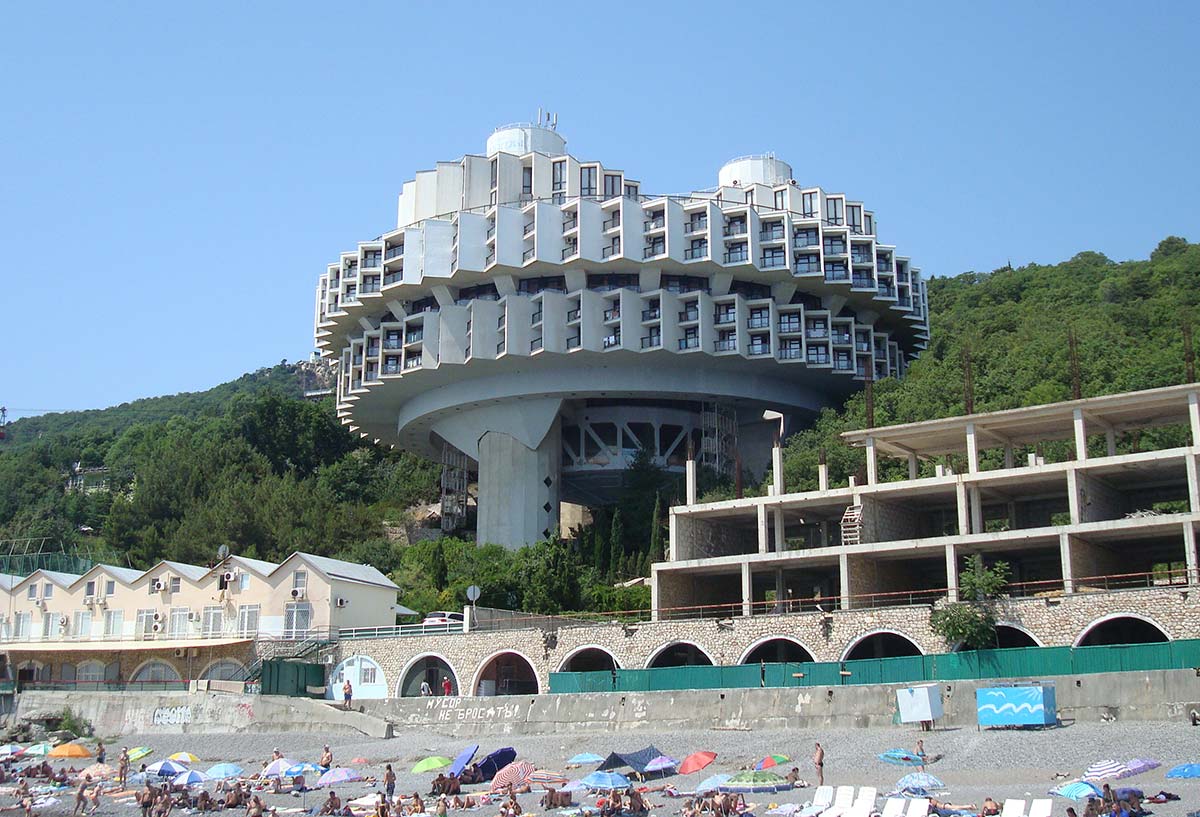 This is not an UFO that landed on the Black Sea coast, but a sanatorium built in 1985. Moscow built hundreds of these across the USSR, to allow workers to rest and recharge. Many of these complexes are still in use today, with the Sanatorium in Kurpaty being no exception. 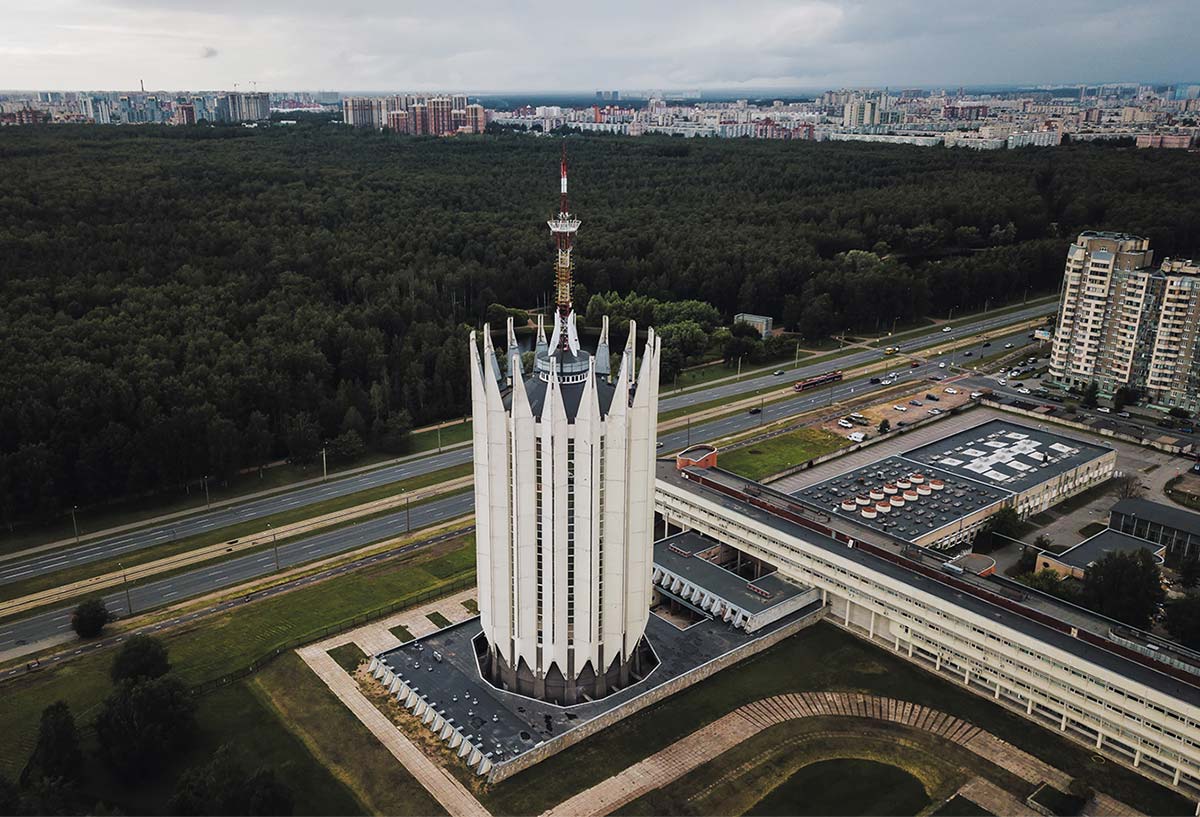 The Institute of Robotics and Technical Cybernetics is one of the largest and most important research centres in Russia. The architecture of the building is famous across the former Soviet heartland, symbolising for many the scientific achievements during the Space Race. 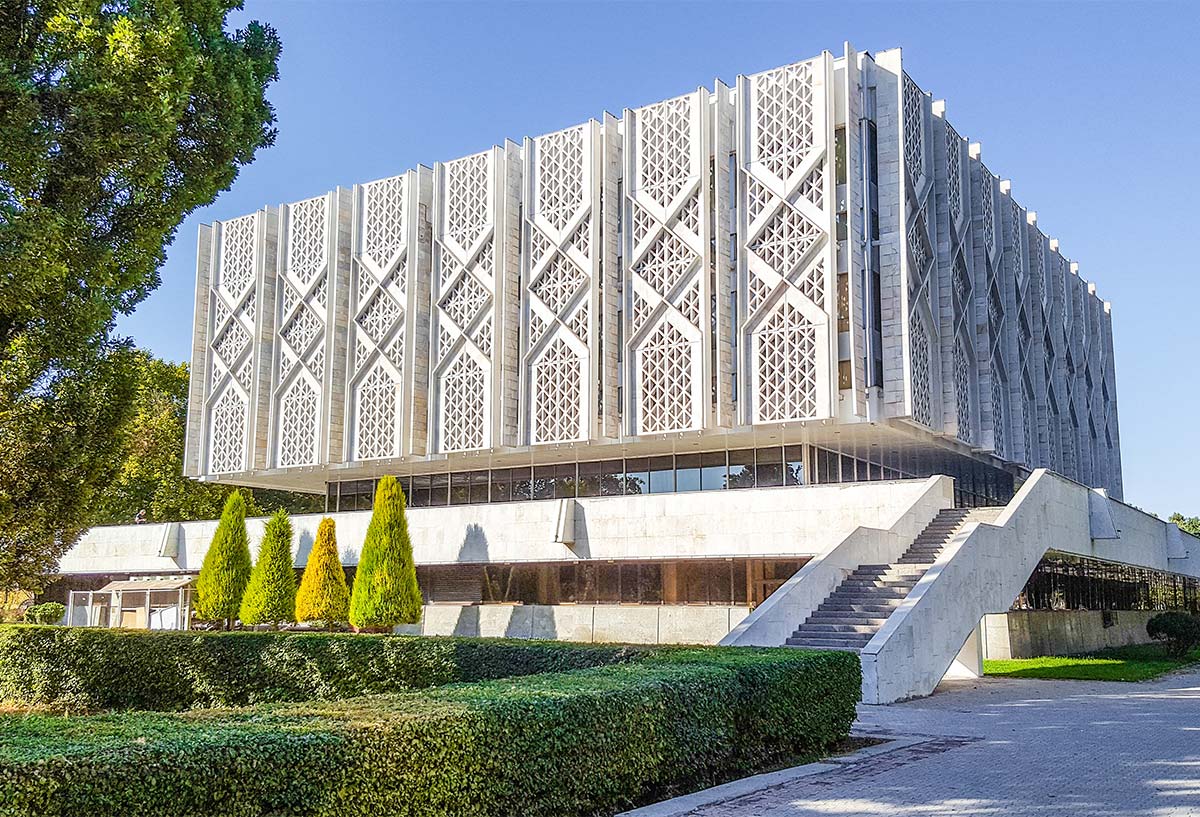 State Museum of History of Uzbekistan, 2017

Soviet architecture would sometimes use local styles to create some truly unique Brutalist buildings. That becomes especially apparent in the former Central Asian Republics, which regularly used intricate patterns and sometimes bright colours in their architecture. The State Museum of History of Uzbekistan, built in 1970, is a great example of this. 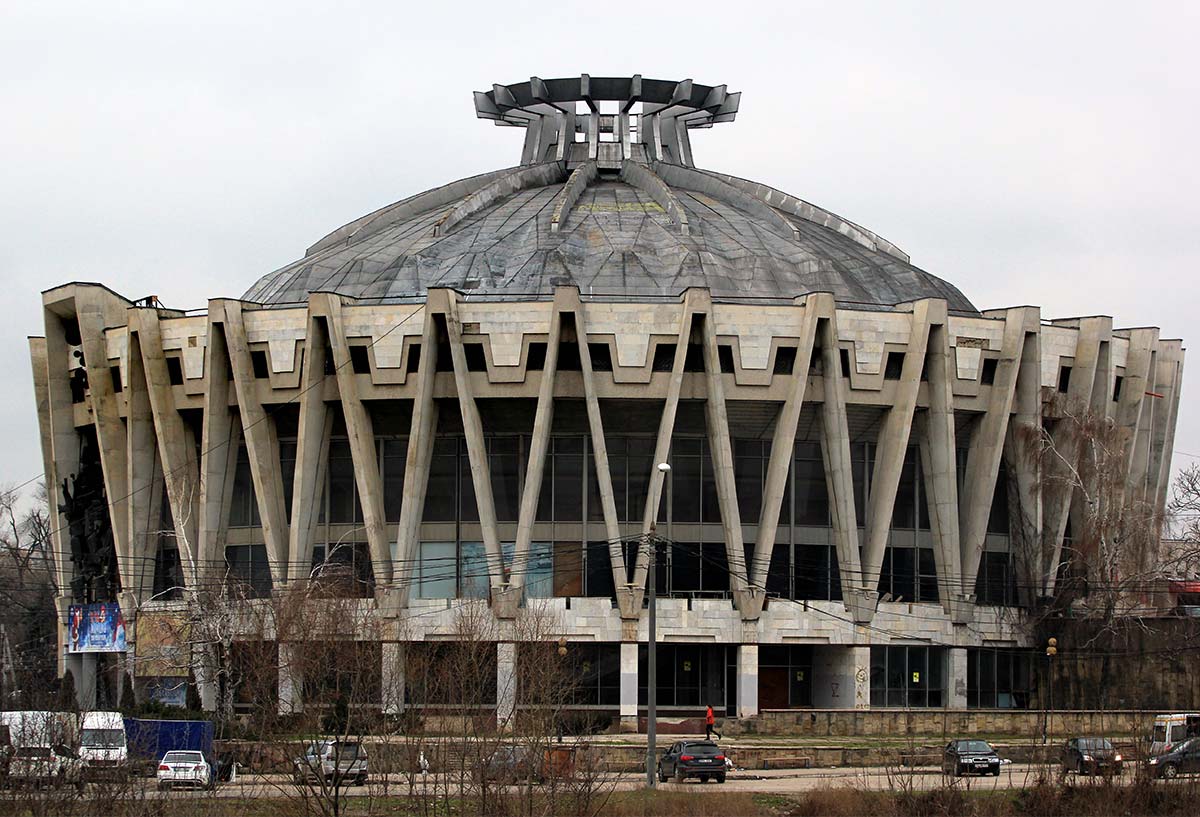 Opened in 1981, the Chișinău Circus used to be the largest entertainment venue in Moldova. Following the collapse of the USSR and the ensuing economic hardship, the building stood abandoned from 2004 to 2014. Following a long restoration project, parts of the building are in use again. 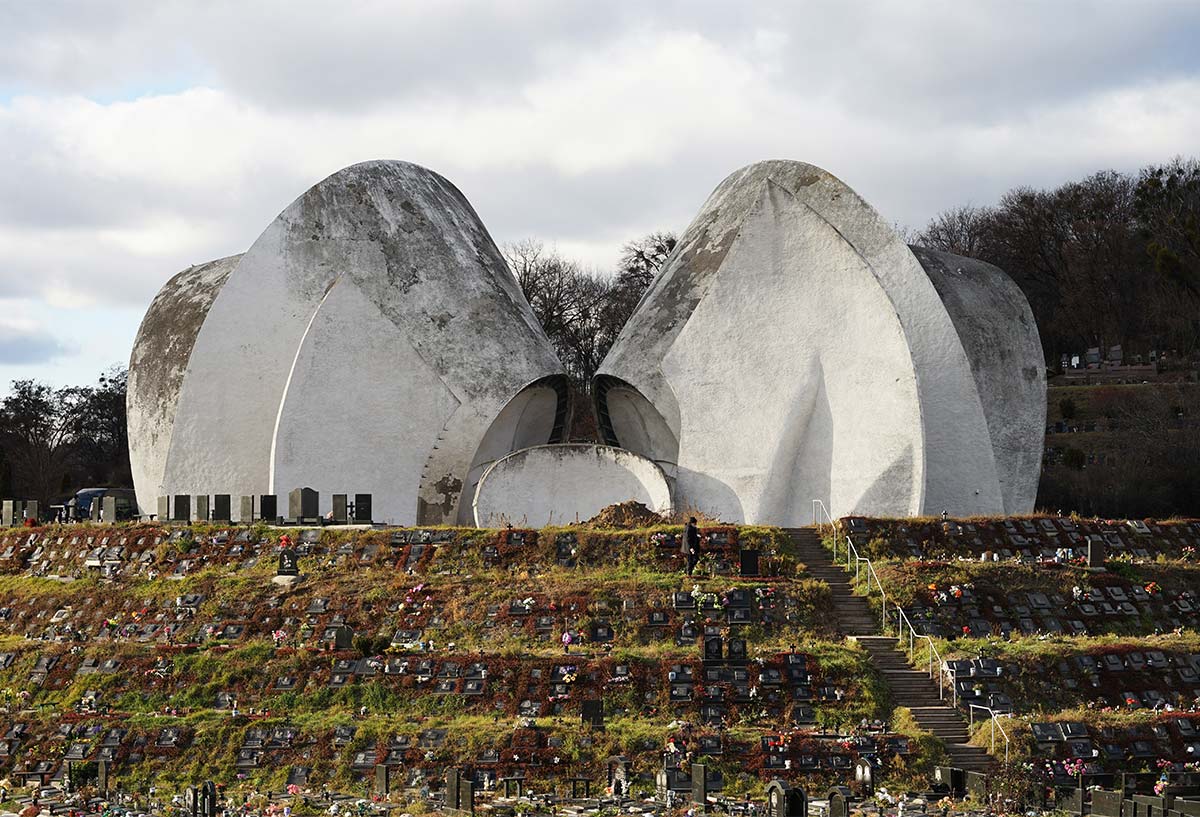 This structure may look like it is from Star Wars, but the crematorium is located in the ‘Memory Park’ of the Ukrainian capital of Kyiv. Completed in 1982, it proved to be a controversial project, with many associating the process of industrial incineration of corpses with Nazi crimes against Jews. 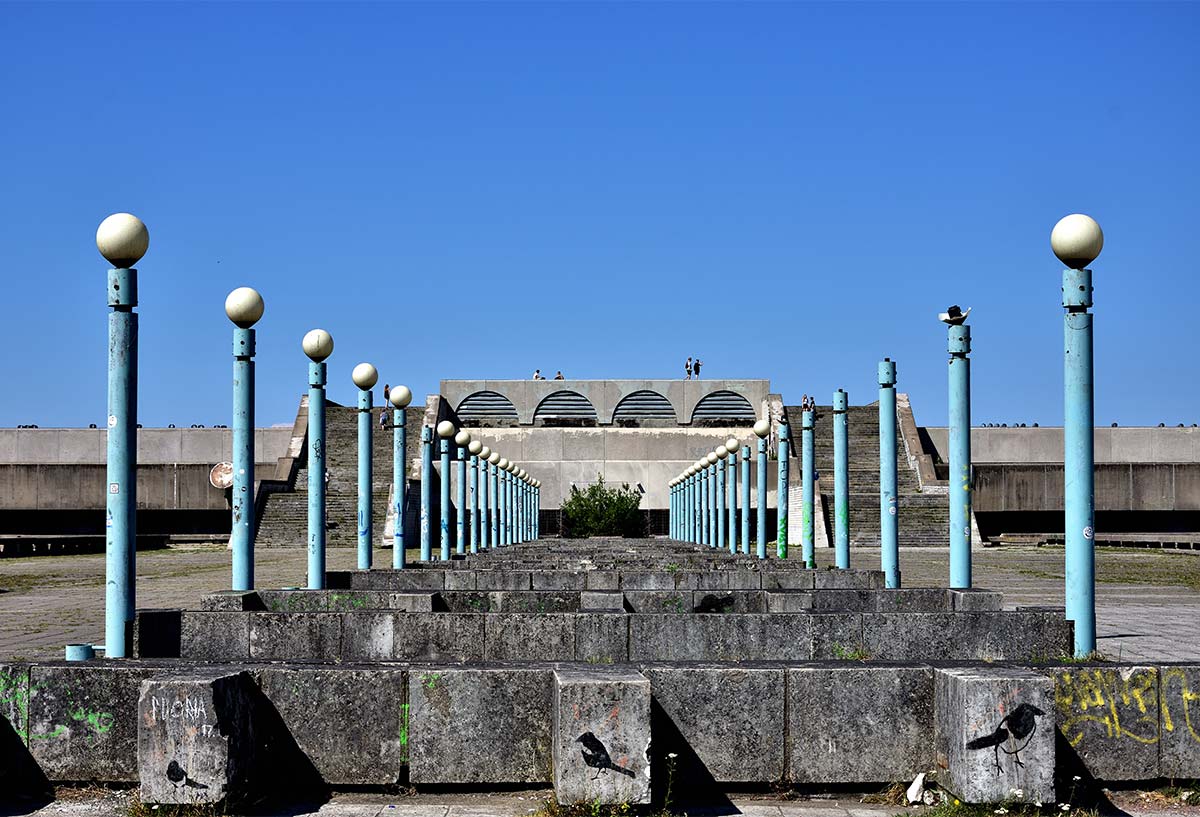 This monumental concrete structure was specifically built for the Olympic Games of 1980. Since Moscow did not have a suitable venue at which to stage the sailing event, the task fell to Tallinn, the capital of modern day Estonia. It served as a concert hall until 2010 and still features a heliport and a small seaport.

Palace of Concerts and Sports – Vilnius 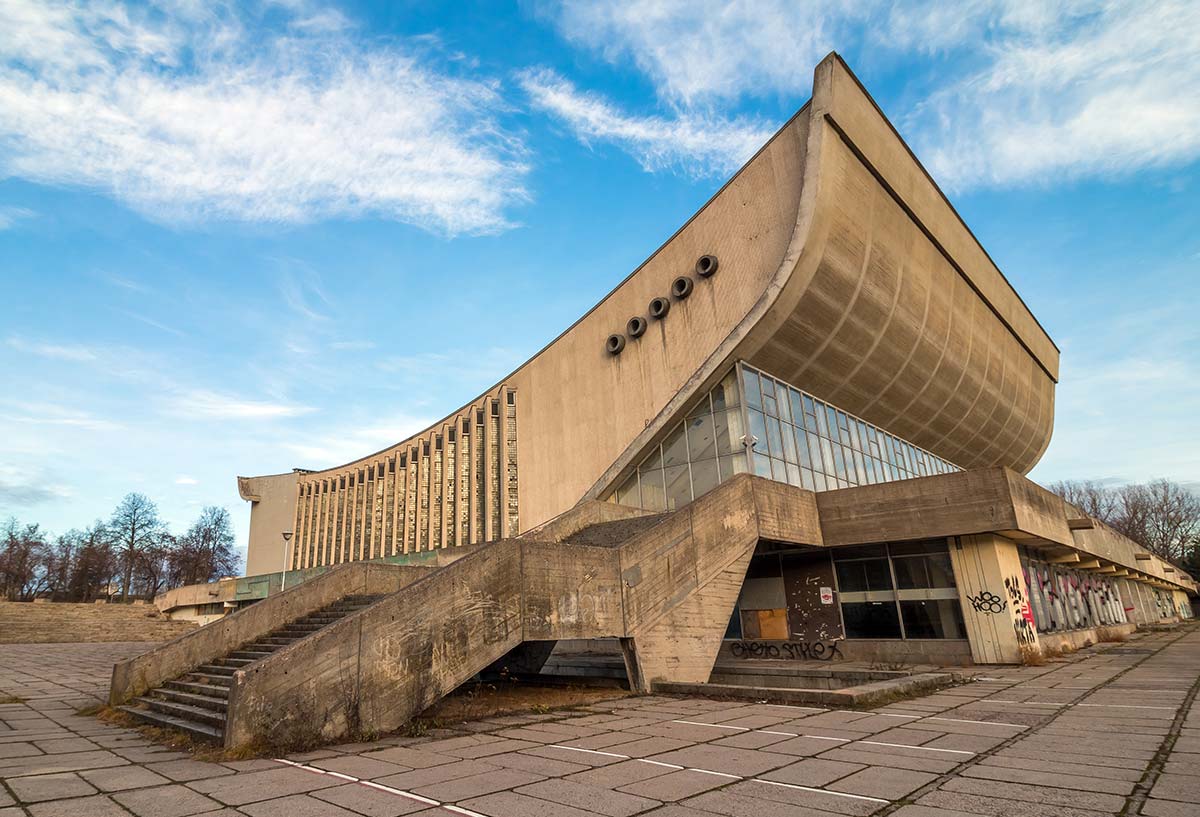 Abandoned Palace of Concerts and Sports in Vilnius, 2015

Constructed in 1971, the ‘palace’ has become one of the most recognisable examples of Soviet brutalist architecture in the Lithuanian capital. During the struggle for re-indepenence in 1991, the arena became the site of a public funeral of 13 Lithuanians killed by Soviet troops. It has been standing abandoned since 2004, with its future remaining unclear. 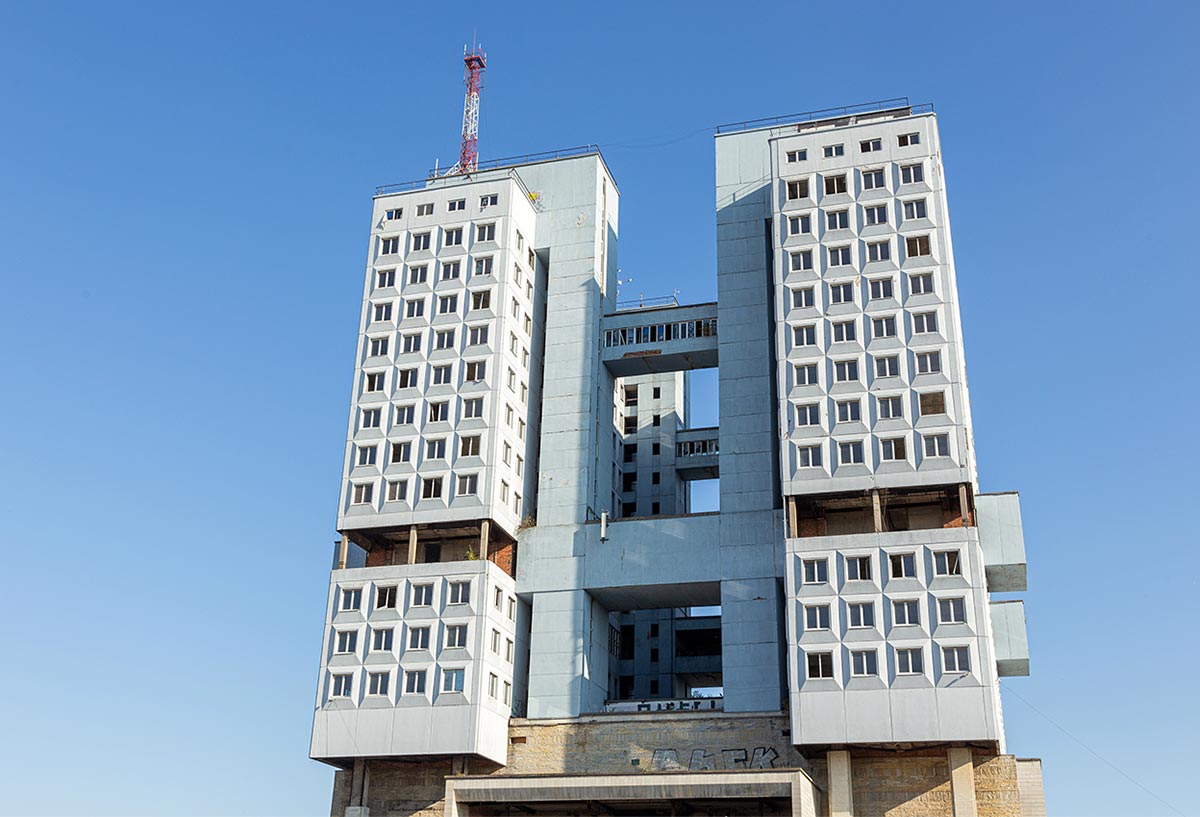 House of Soviets in Kaliningrad, Russia. 2021

The unfinished building stands in the centre of the city of Kaliningrad, located on the Russian Baltic Sea exclave. Originally the location was the home of Königsberg Castle, which got heavily damaged during World War Two. Construction began in 1970, but due to budget issues it was abandoned in 1985. 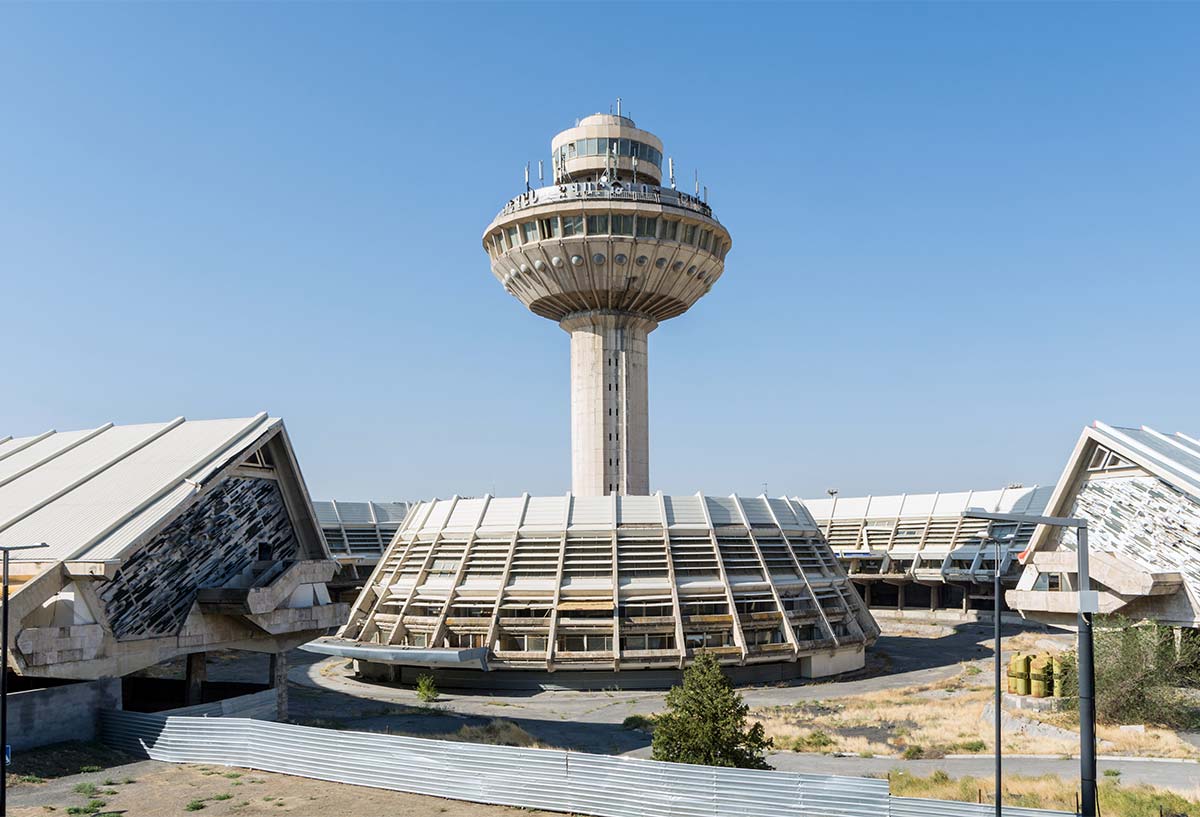 The Armenian airport was opened by the communist authorities in 1961, with the now iconic Terminal One built in 1980. It represented the height of luxury during the late Soviet period, hosting high ranking Kremlin officials throughout the years.