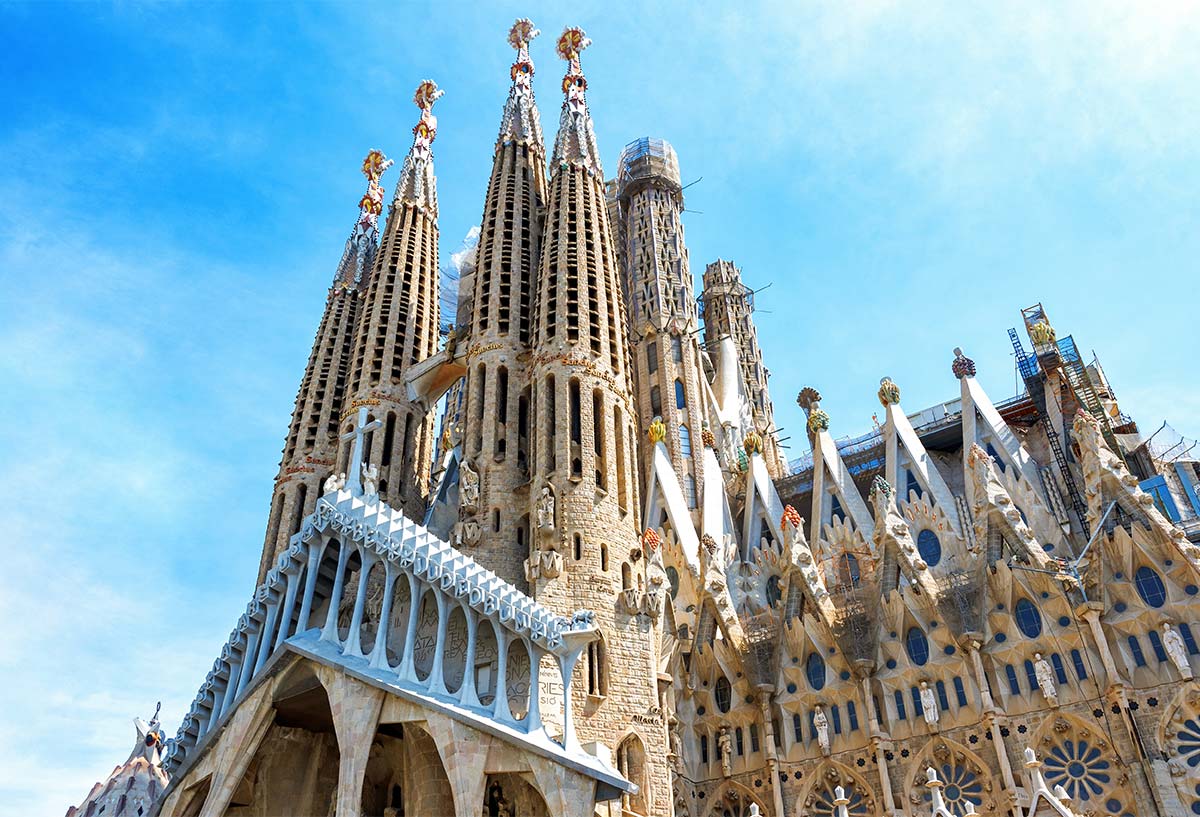 Antoni Gaudí was one of the greatest architects of the Catalan Modernism movement, pushing the boundaries of what a building can look like. Born 1852 in the Spanish region of Catalonia, the majority of his greatest works can be found in Barcelona. During the late 19th century the city was a political and intellectual centre, attracting many of the brightest talents in Spain.

Like many other creative minds, Gaudí’s architectural style went through many phases, starting with more common Victorian era designs, before experimenting heavily with shapes, colours and different types of materials. He was greatly inspired by the natural world, religion and older architectural styles, such as Moorish. Many of his buildings have an almost dream-like appearance, straight from the pages of a fairytale. Following Gaudí’s death in 1926, his buildings have gathered great fame and admiration, with seven of his works declared UNESCO World Heritage Sites. It is therefore perhaps not surprising that over the years he gained the nickname ‘God’s Architect’.

Here we explore the greatest Gaudí Buildings in Barcelona. 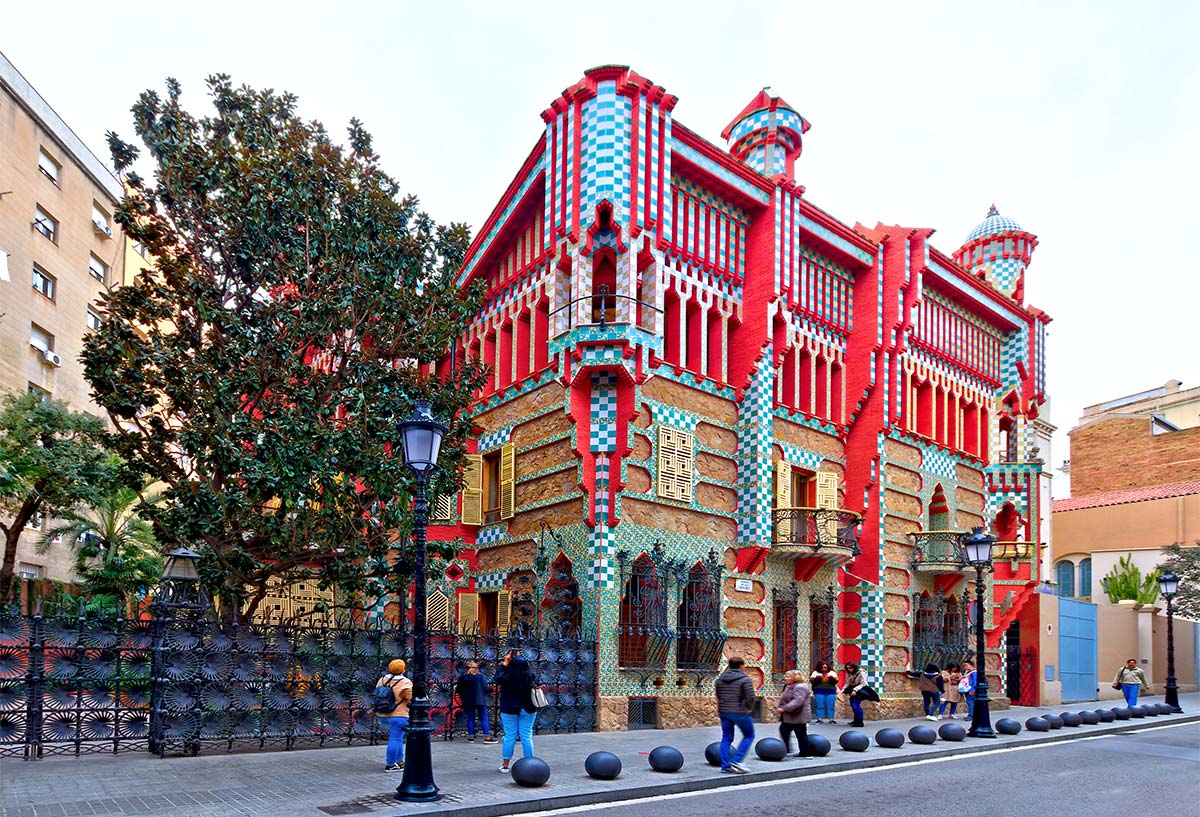 Built between 1883 and 1885, the Casa Vicens is considered to be one of Gaudí’s first major projects. It belongs to his orientalist period, when many of his designs were influenced by art styles coming from the Near and Far East. The unique building became a sensation and was widely discussed during its construction. 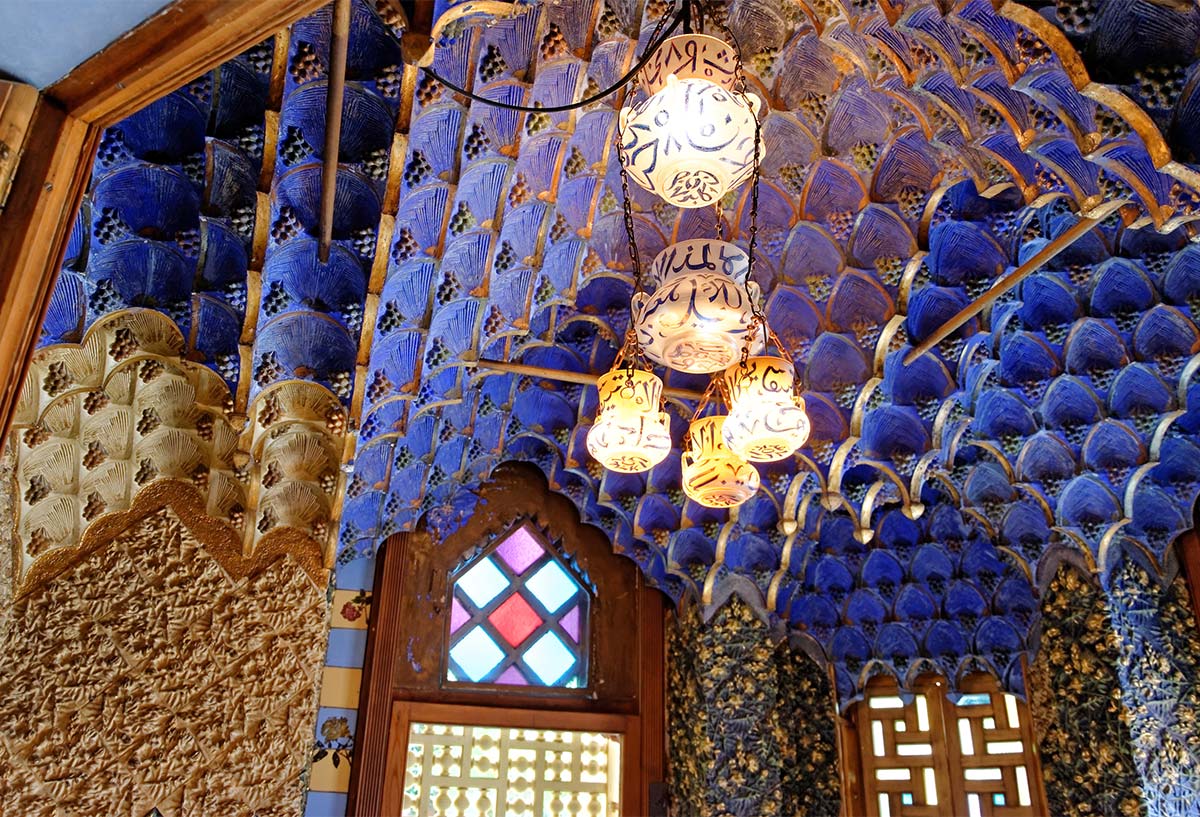 Interior of the Casa Vicens 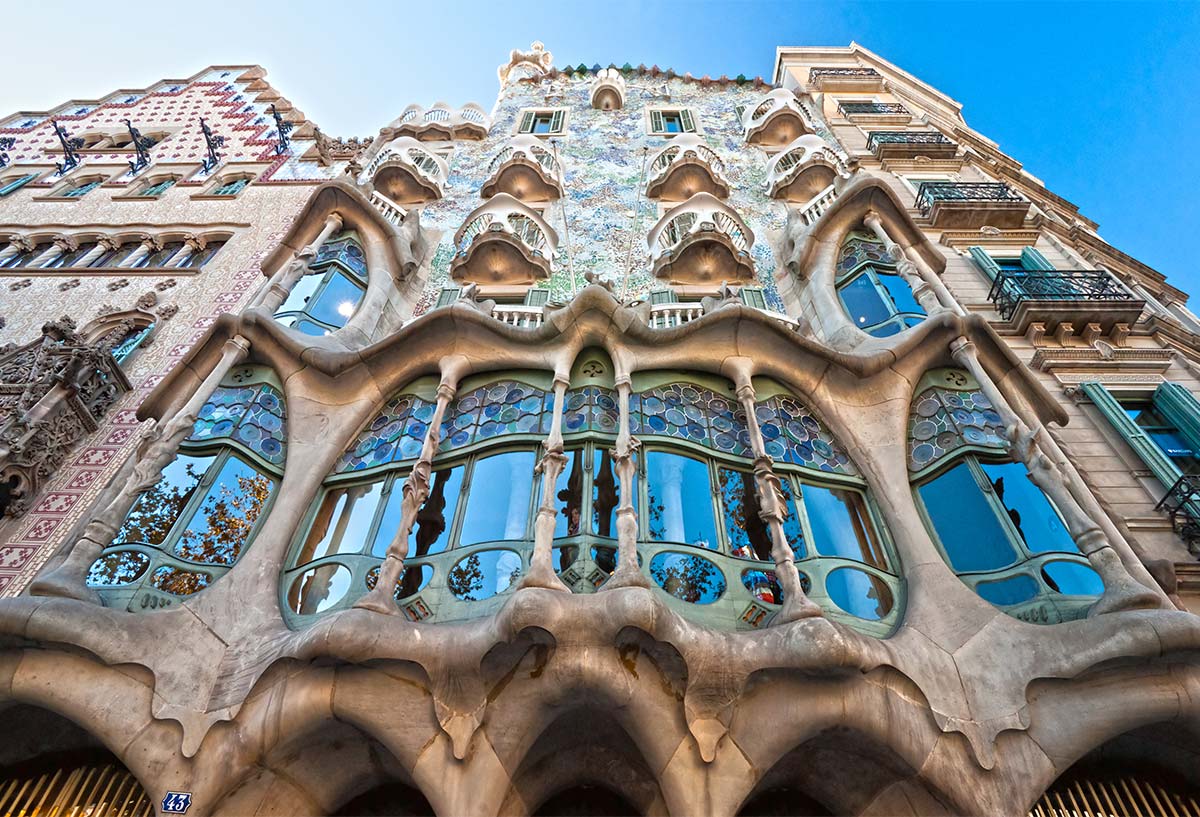 The Casa Batlló is regularly described as one of Gaudí’s foremost masterpieces. The original building dated from 1877 and was by all accounts relatively unremarkable. Gaudí was hired in 1904 to redesign it, with the renovation works completed two years later. The most striking features are the colourful mosaics, irregular oval windows and flowing sculpted stone works.

Exterior of the Palau Güell palace

The city mansion was the home of industrial tycoon Eusebi Güell. Gaudi worked on the family home from 1886 to 1888, giving it the feel of a Venetian palace. The building transitions through Gaudi’s novel take on more traditional venetian styles to the pinnacle of 20 ornately colourful chimneys which echo his more experimental styles found in Parc Güell and the Sagrada Familia.

The Casa Milà is sometimes referred to as ‘the stone quarry’ because of its rough-hewn appearance. It was one of the last private residences created by Antoni Gaudí. Following its completion in 1912, the design proved to be controversial with the people of Barcelona. The building’s smooth stone facade coupled with the twisted iron balconies was a daring sight.

Located on Carmel Hill in Barcelona, the park consist of numerous gardens and architectural elements designed by Gaudí on the request of Eusebi Güell. His final design shows many signs of his naturalist phase, which was prominent during the first decade of the 20th century. He drew inspiration from organic shapes, creating a highly distinctive environment to explore. 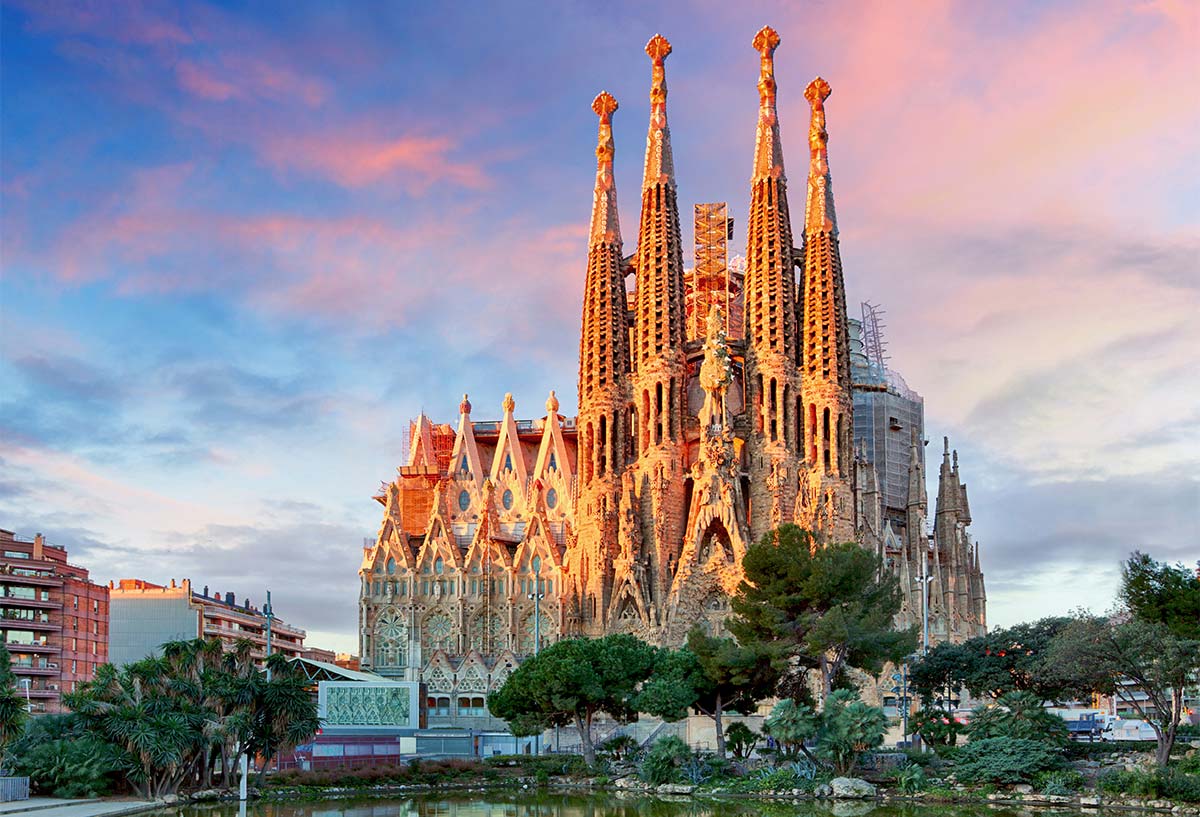 The Catholic Church of La Sagrada Familia is widely considered to be Gaudí’s magnum opus. Gaudí combined Gothic architecture with Art Nouveau elements in its design, creating a truly unique building. Construction progress of the basilicas has been slow and was completely halted during the Spanish Civil War. It is due to be completed in 2026. La Sagrada Familia has become one of the main symbols of Barcelona, attracting hundreds of thousands of tourists every year.

Interior of the Sagrada Família