Who was Anne of Cleves? | History Hit 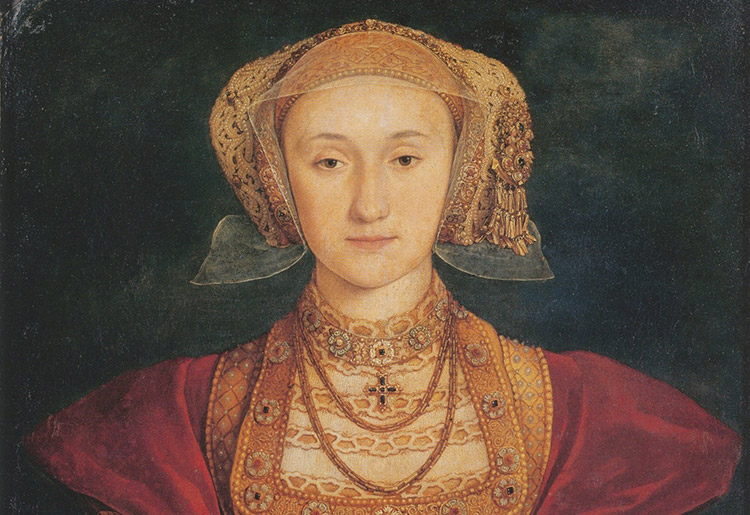 Known to most English speakers as simply, “Anne of Cleves”, the twenty-four-year-old woman managed to wed Henry VIII of England as his fourth wife, see their marriage annulled, and receive a handsome settlement from Henry, all within seven months of her arrival.

After the annulment, Anna was elevated to the position of the king’s sister, second only to his immediate family members.

Born 28 June 1515 according to German primary sources, the young duchess received a very practical education. She learned the basics of running a large household, cooking, making and mending clothes, and how to read and write German. Given her family’s strong ties to the Burgundian court, Anna may have learned a little Burgundian French. She likely had a passing familiarity with the Latin used during mass or in a book of hours.

Anna, her parents, and her brother Wilhelm were Catholics their entire lives. Her older sister Sybylla and younger sister Amalia were the only family members who openly converted to Lutheranism.

At Anna and Henry’s first encounter on 1 January 1540, they got along famously. English records created for the annulment of Anna’s marriage talk about how Henry was not attracted to Anna.

The German sources, created a mere few days after Anna’s first meeting and marriage to Henry, talk of how well the two seemed to get along. Henry even gave Anna a gilded crystal goblet, encrusted with diamonds and rubies. They socialized late into the evening. 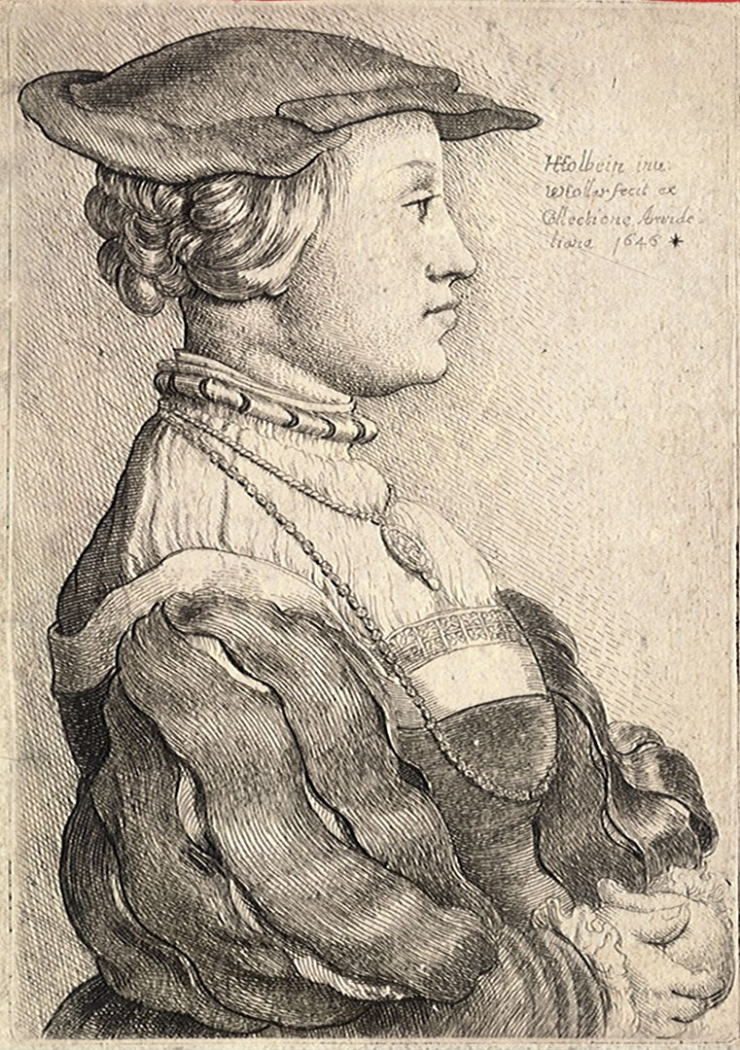 Anne of Cleves by Wencelas Hollar

Henry came back the next morning to enjoy his breakfast with his new bride. Unfortunately, their marriage was effectively over before it began because of the machinations of Anna’s younger brother, Duke Wilhelm V of Cleves.

Wilhelm was in a simmering fight with Holy Roman Emperor Charles V over the Duchy of Guelders. Wilhelm could already count the powerful Elector of Saxony as a brother-in-law. To strengthen Wilhelm’s military might even more, he gladly married Anna to Henry. While Anna was on her way to England, Wilhelm was secretly in talks with Francis I of France, too.

Anna delayed writing to Wilhelm for as long as possible. She was effectively trapped in England as a political refugee due to the conflict between Wilhelm and Charles V. Henry adopted Anna as his sister, and granted her several properties so she could maintain herself. Anna quietly slipped away from court for the remainder of 1540.

When she finally came back for New Year’s 1541, Anna was poised and charming. She accepted her replacement, the young Catherine Howard, well.

After Catherine’s downfall later that year, and continuing on until Henry married Catherine Parr in July 1543, there was serious chatter that Anna and Henry might remarry. Fresh evidence was brought back from Germany that Anna was free to marry. Anna’s brother Wilhelm, who would start the Cleves War with the Emperor in Spring 1543, was anxious to have Henry as an ally again. Anna, for her part, kept her nose out of politics.

After Henry’s death in 1547, Anna was treated quite poorly by her one-time stepson Edward, who never developed a relationship with her. Anna’s fortunes changed for the better when her eldest stepdaughter, Mary I, became queen in July 1553. Mary was a mere 8 months younger than Anna, and there is reason to believe the two were friends.

During the Catholic Mary’s correspondence with Anna’s Catholic brother Wilhelm, Mary repeatedly referred to Anna as her, “dear sister and cousin”. Even when Anna was implicated in the Wyatt Rebellion, she still got away with a slap on the wrist. It is likely that the rumors which wrapped up Anna in the Wyatt Rebellion were simply that, and Mary was clever enough to see right through them. 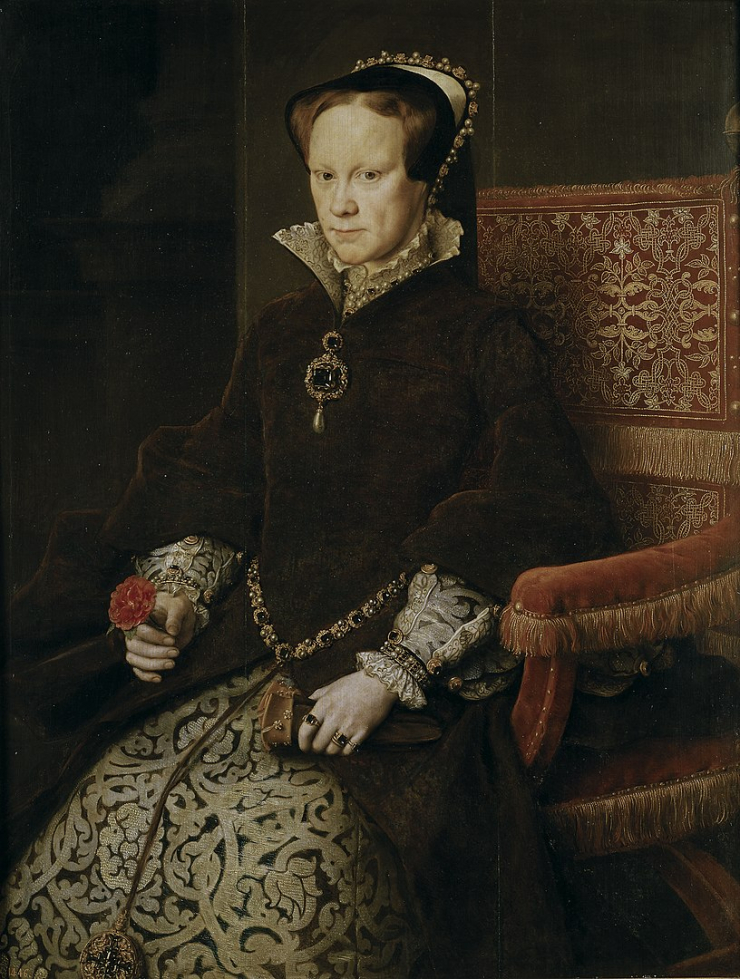 When Anna died in July 1557, she asked Mary to bury her wherever Mary thought suitable. Mary chose the south side of the high altar in Westminster Abbey, although Anna’s tomb is usually not pointed out. A much grander tomb for Anna was planned, but never came to fruition.

Mary had the unenviable task of writing to Wilhelm (and, vicariously, to Anna’s younger sister Amalia) to inform Wilhelm of Anna’s death and disposition. Anna’s final gifts to Wilhelm and Amalia were sent to them with the help of Mary, as well.

Anna, a victim of her brother’s political ambition, was well-regarded in her adopted country of England. Though there were some remarks about her seemingly curious behavior, it turns out the behavior was not curious at all: it was simply German. Anna clearly had a friendship with Mary I, and likely had one with Elizabeth I.

Anna’s father adopted religious tolerance in Jülich-Cleves-Berg in the 1520s and 1530s; Elizabeth I did something similar. Anna’s time in England left its mark, and she remains an interesting, enigmatic, important part of both English and German history to this day.

Heather Darsie is studying for her Master’s in Early Modern History through Northern Illinois University, focusing on the history of the Holy Roman Empire under Charles V. Her language training in German, French and Spanish has been indispensable writing about Anna von der Mark, Hereditary Duchess of Cleves and Anna’s family. Her book Anna, Duchess of Cleves: The King’s ‘Beloved Sister’ is published by Amberley books. 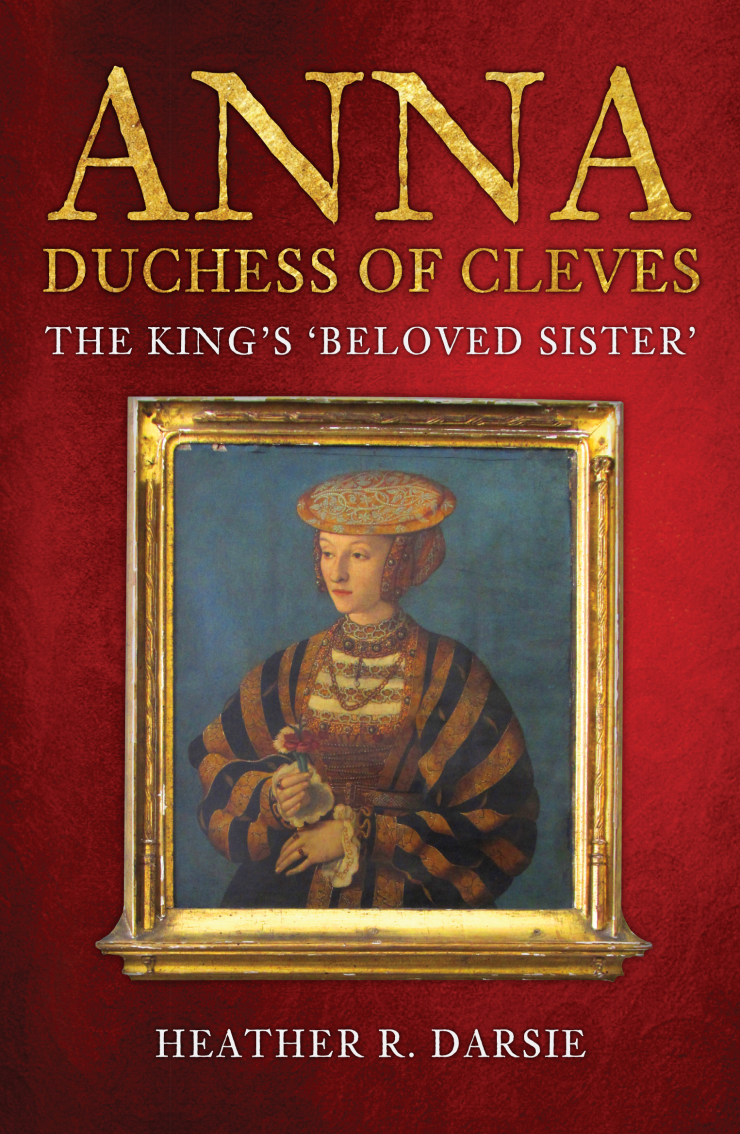 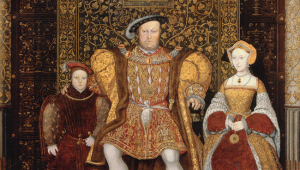 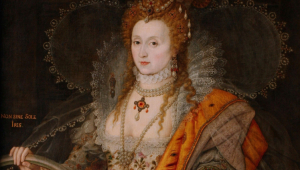 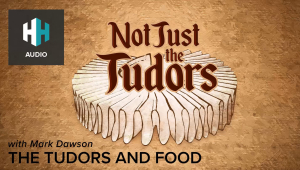 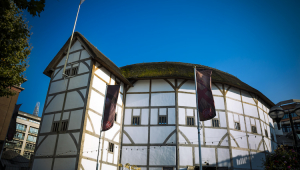 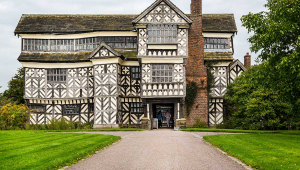