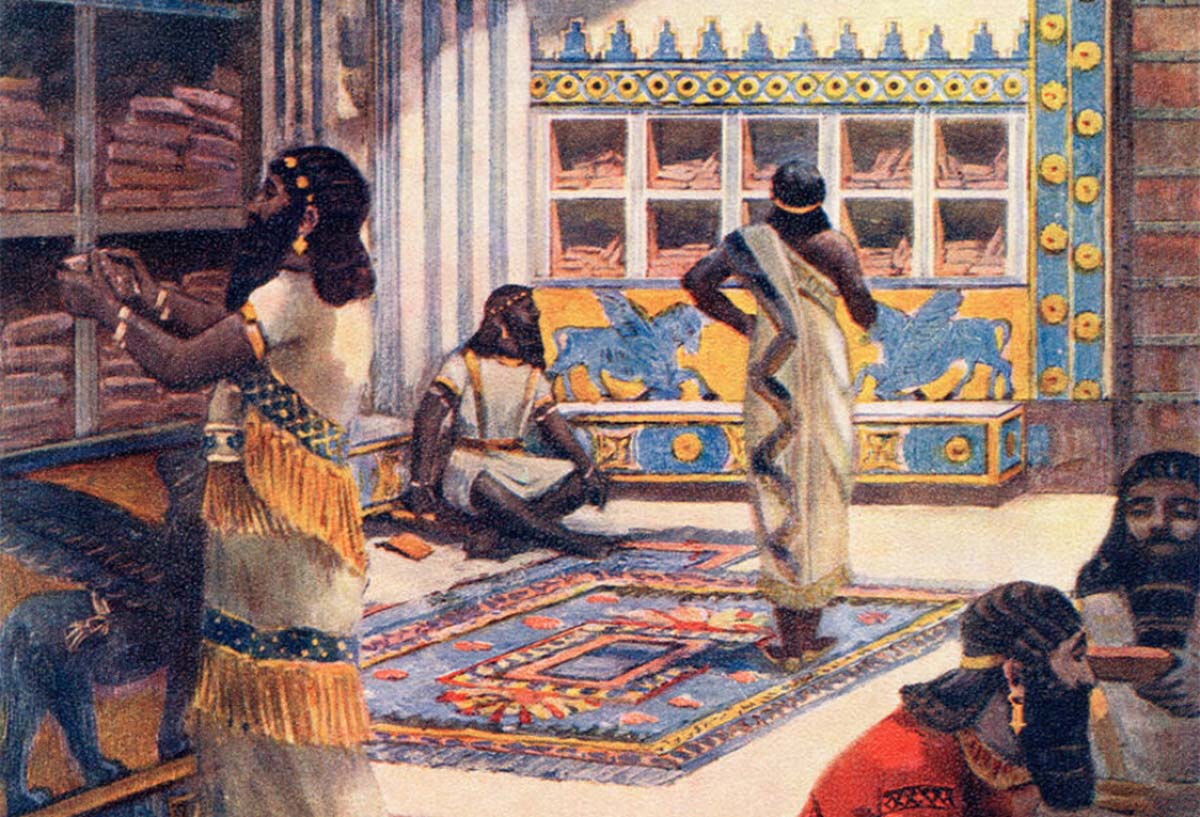 Ever since the invention of writing, institutions specialising in the collection and preservation of knowledge have been established in literate societies. Record rooms held vast collections of materials dealing with trade, administration and foreign policy. Before the age of the internet libraries were islands of knowledge, greatly shaping the development of societies throughout history. Many of the earliest records were on clay tablets, which survived in much greater numbers than documents made from papyri or leather. For historians they are a treasure-chest, providing a unique view into the past.

Some of the oldest archives and libraries were destroyed thousands of years ago, leaving only traces of the former documents behind. Others manage to survive as ruins, reminding onlookers of their former magnificence, while a small amount managed to survive the centuries fully intact.

Here we have a look at ten of the oldest libraries in the world, ranging from Bronze Age archives to hidden Buddhist caves.

Smaller tablet of Treaty of Kadesh, discovered at Bogazköy, Turkey. Museum of the Ancient Orient, one of the Istanbul Archaeology Museums

During the Bronze Age, central Anatolia was the home of a mighty people – the Hittite Empire. Amidst the ruins of their former capital of Hattusha, 25,000 clay tablets have been discovered. The approximately 3,000 to 4,000 year old archive has provided historians with invaluable information about the ancient state, ranging from trade relations and royal annals to peace treaties with other regional powers. 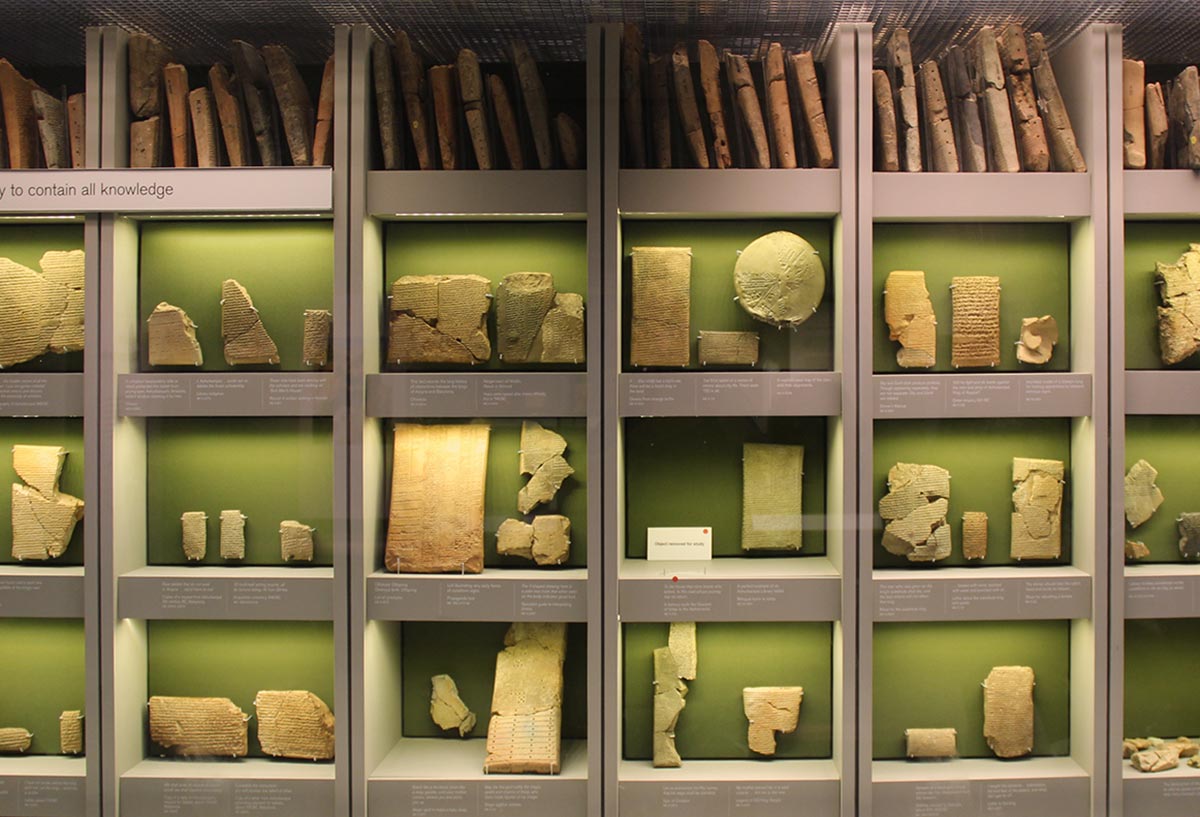 Named after the last great king of the Assyrian Empire – Ashurbanipal – the Mesopotamian library housed more than 30,000 clay tablets. The collection of documents has been described by some as ‘the most precious source of historical material in the world’. The library was founded in the 7th century BC in the Assyrian capital of Nineveh and would be in operation until the sacking of the city by the Babylonians and Medes in 612 BC. It most likely contained a larger variety of texts on leather scrolls, wax boards, and possibly papyri, which unfortunately have not survived to the present day.

The Library of Alexandria – Egypt 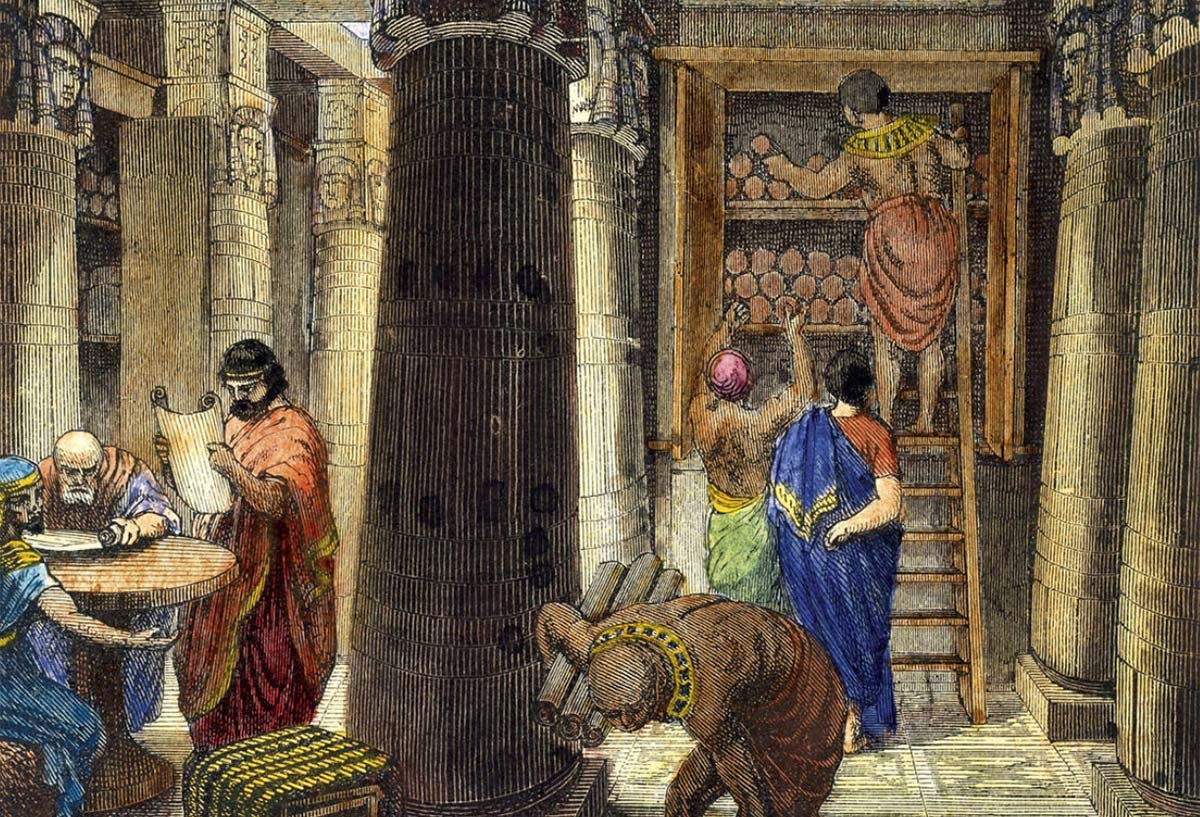 The Library of Alexandria, 1876. Artist: Anonymous

There are only a few legendary institutions that rival the fame and magnificence of the Library of Alexandria. Built during the reign of Ptolemy II Philadelphus, the complex was opened between 286 to 285 BC and housed a staggering number of documents, with some of the upper estimates placing the contents at around 400,000 scrolls at its height. Contrary to popular belief, the library went through a prolonged period of decline and not a sudden, fiery death. The main building was probably destroyed in the third century AD, with a smaller sister library surviving until 391 AD. 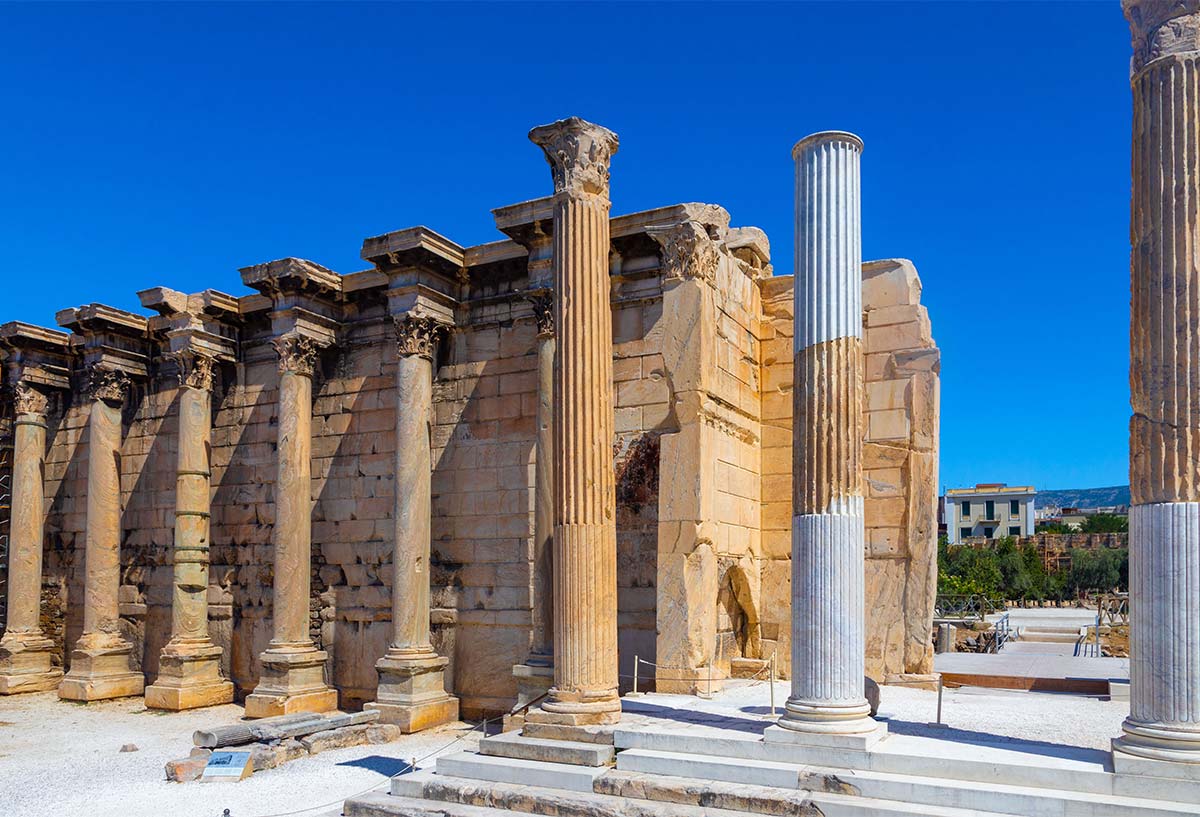 West wall of the Library of Hadrian

One of the greatest and most well known Roman emperors is Hadrian. During his 21 years at the Imperial throne he visited almost every single Roman province. He had an especially strong love for Greece and sought to make Athens the cultural capital of the Empire. It is therefore not surprising that he commissioned a library to be built in the polis that birthed democracy. The library, founded in 132 AD, followed a typical Roman forum architectural style. The building was seriously damaged during Sack of Athens in 267 AD, but repaired in the following centuries. The library would eventually fall into disrepair and become the ruin seen today. 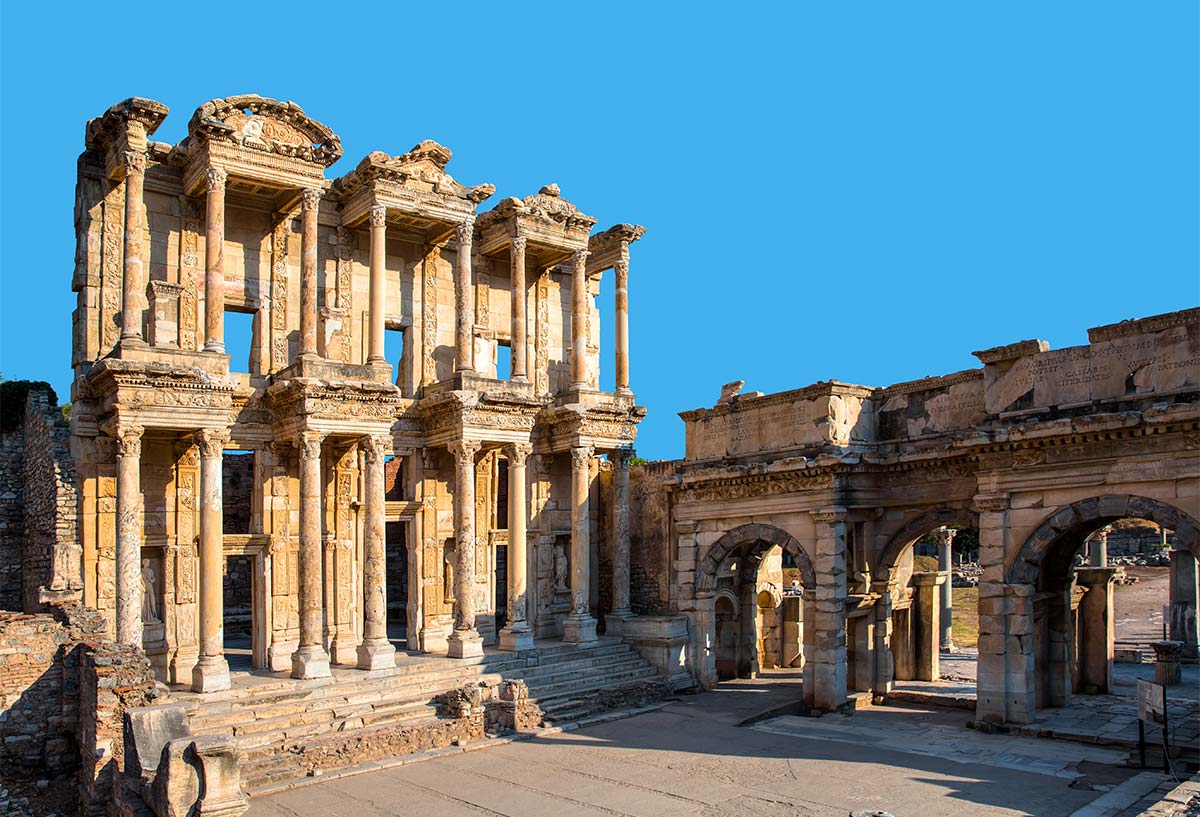 Facade of the Library of Celsus

The beautiful ruins of the library of Celsus can be found in the ancient city of Ephesus, now part of Selçuk, Turkey. Commissioned in 110 AD by consul Gaius Julius Aquila it was the third largest library in the Roman Empire and is one of a very few buildings of its kind that has survived from antiquity. The building was heavily damaged by a fire in 262 AD, though it is unclear if that resulted from natural causes or of a Gothic invasion. The facade stood proudly until earthquakes in the 10th and 11th centuries left it in a ruinous state as well. 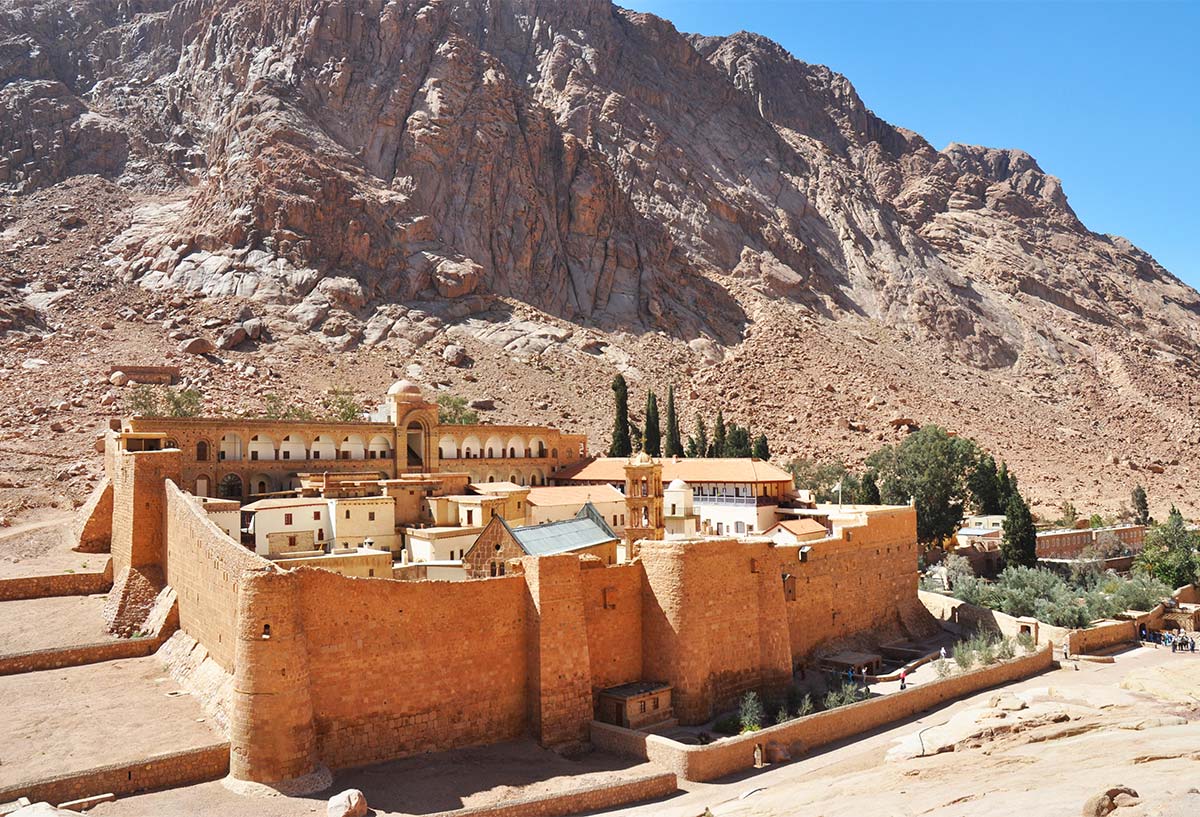 Egypt may be most known for its stunning pyramids and ancient temples, but this Eastern Orthodox monastery located on the Sinai Peninsula is a true marvel in its own right. The UNESCO World Heritage Site was established in 565 AD during the reign of Eastern Roman Emperor Justinian I. Saint Catherine’s is not only the longest continuously inhabited Christian monastery in the world, but it also holds the world’s oldest continually operating library. Some of the standout works it holds in its possession are the 4th century ‘Codex Sinaiticus’ and one of the largest collections of early Christian icons. 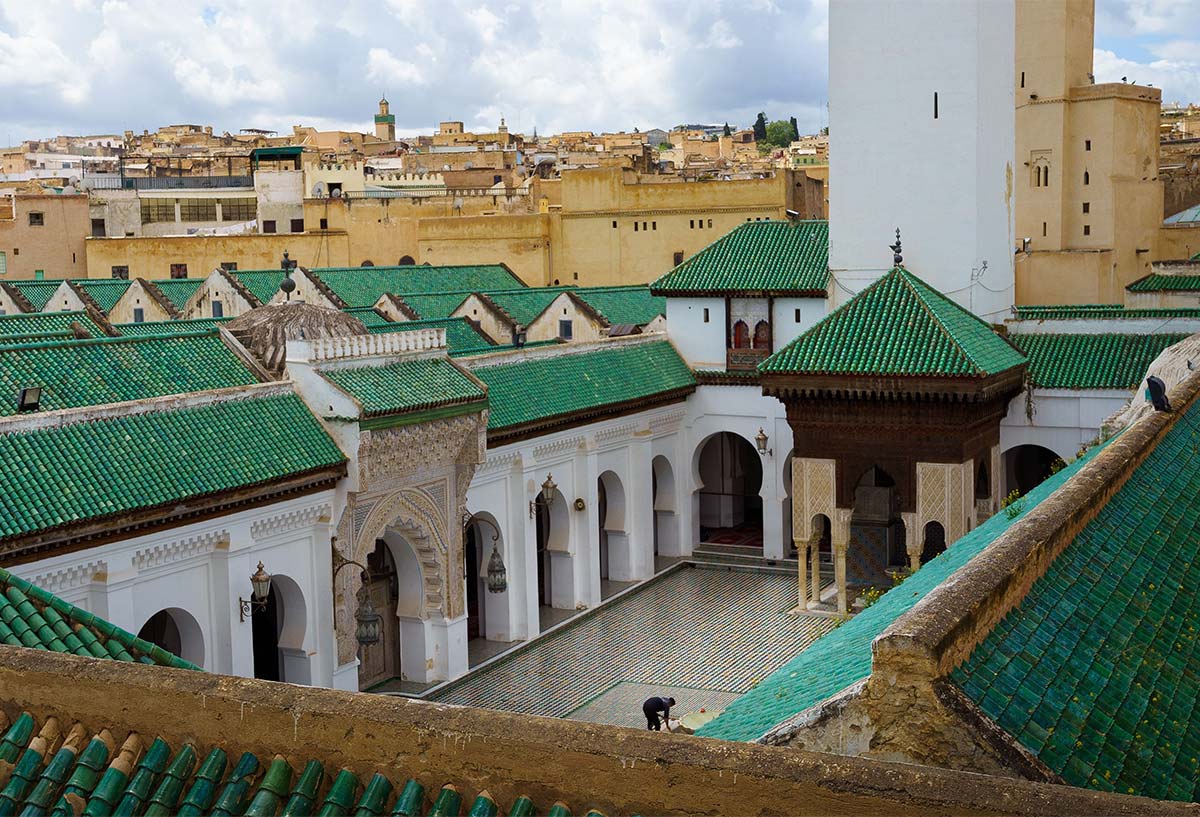 University of al-Qarawiyyin in Fes, Morocco

The Qarawīyīn Mosque is the largest islamic religious building in North Africa, allowing up to 22,000 worshippers to be accommodated. It is also the centre of an early medieval University, which was founded in 859 AD. It is considered by many to be the oldest continuously running higher education institution in the world. The first purpose-built library was added during the 14th century and is one of the longest operating facilities of its kind.

Mogao Grottoes or Cave of ‘The Thousand Budhas’ – China 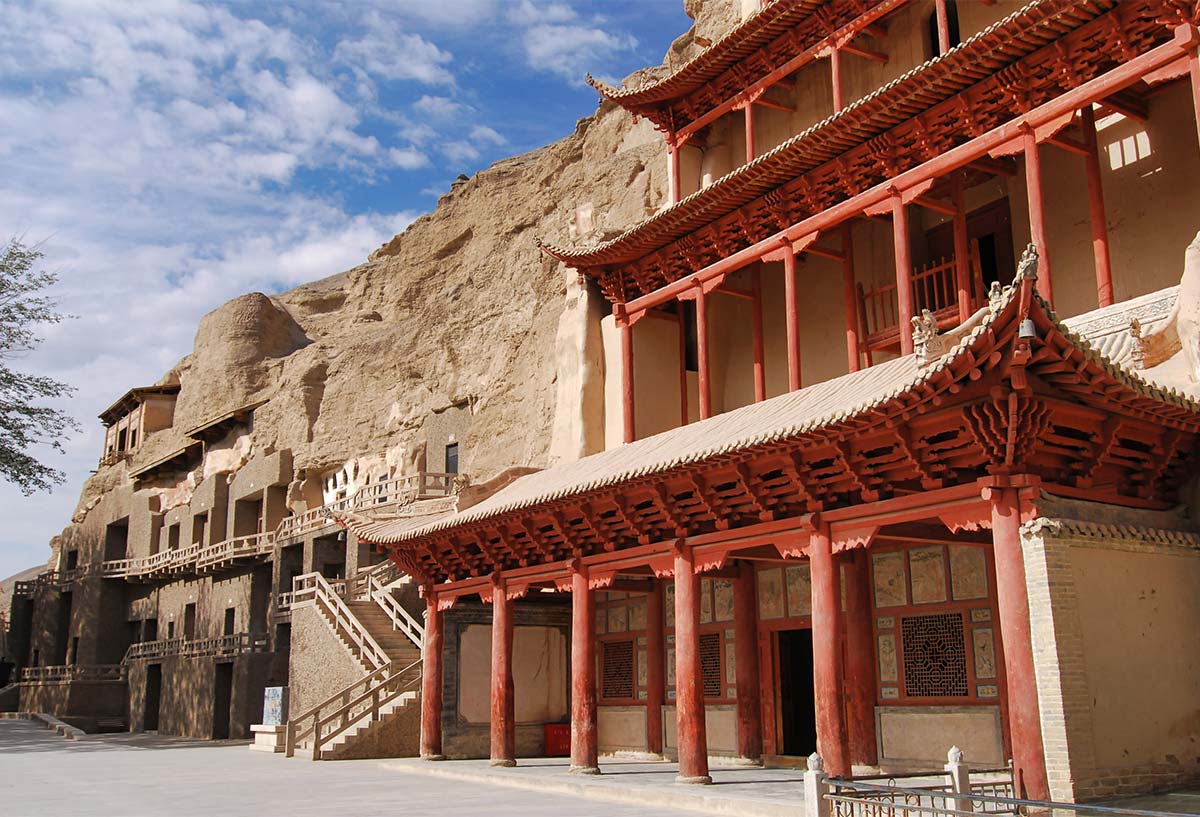 This system of 500 temples stood at the crossroads of the Silk Road, which delivered not only commodities such as spices and silk across Eurasia, but also ideas and beliefs. The first caves were dug out in 366 AD as places of Buddhist meditation and worship. In the early 20th century a ‘library cave’ was discovered which housed manuscripts from the 5th until the 11th centuries. More than 50,000 of these documents were uncovered, written in a large variety of languages. The cave was walled up during the 11th century, with the exact reasoning behind it shrouded in mystery. 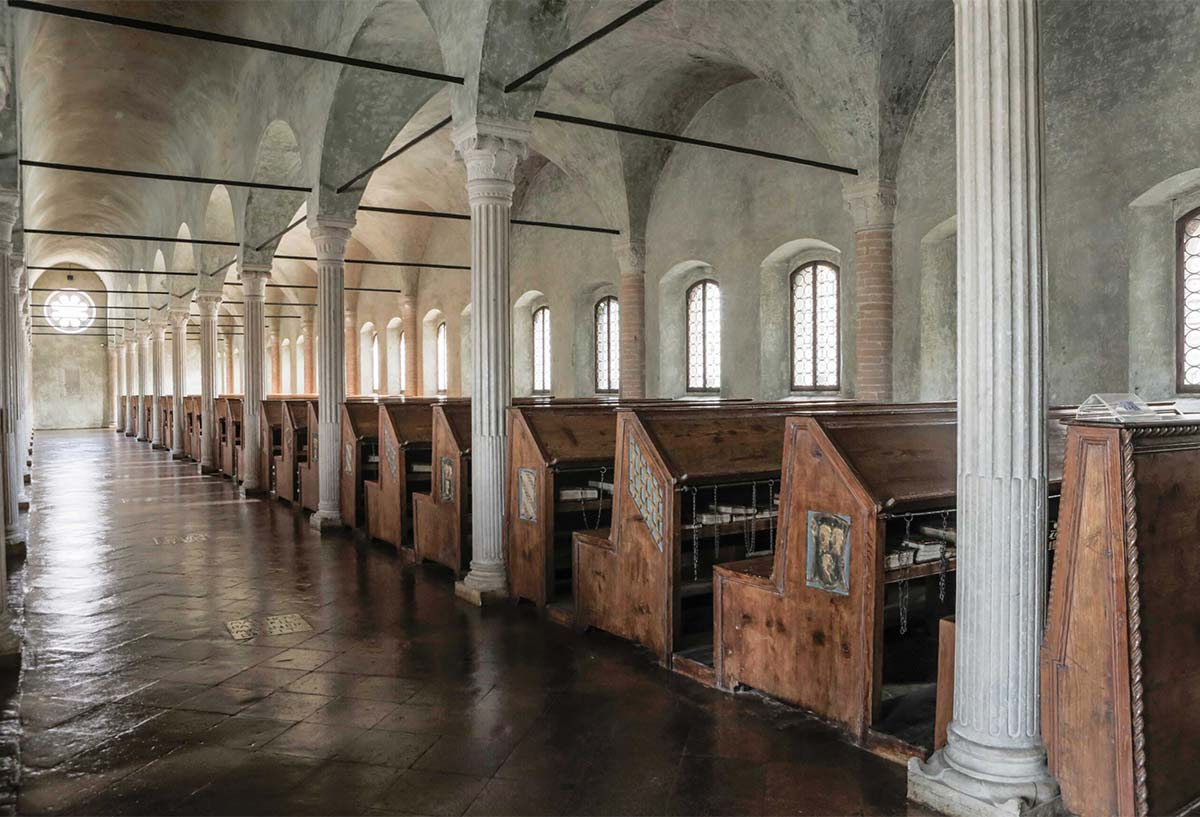 Interior of the Malatestiana Library

Opening its doors to the public in 1454, the Malatestiana was the first civic library in Europe. It was commissioned by the local aristocrat Malatesta Novello, who asked for all books to belong to the commune of Cesena, not the monastery nor the family. Very little has changed in over 500 years, with over 400,000 books being kept at the historic library. 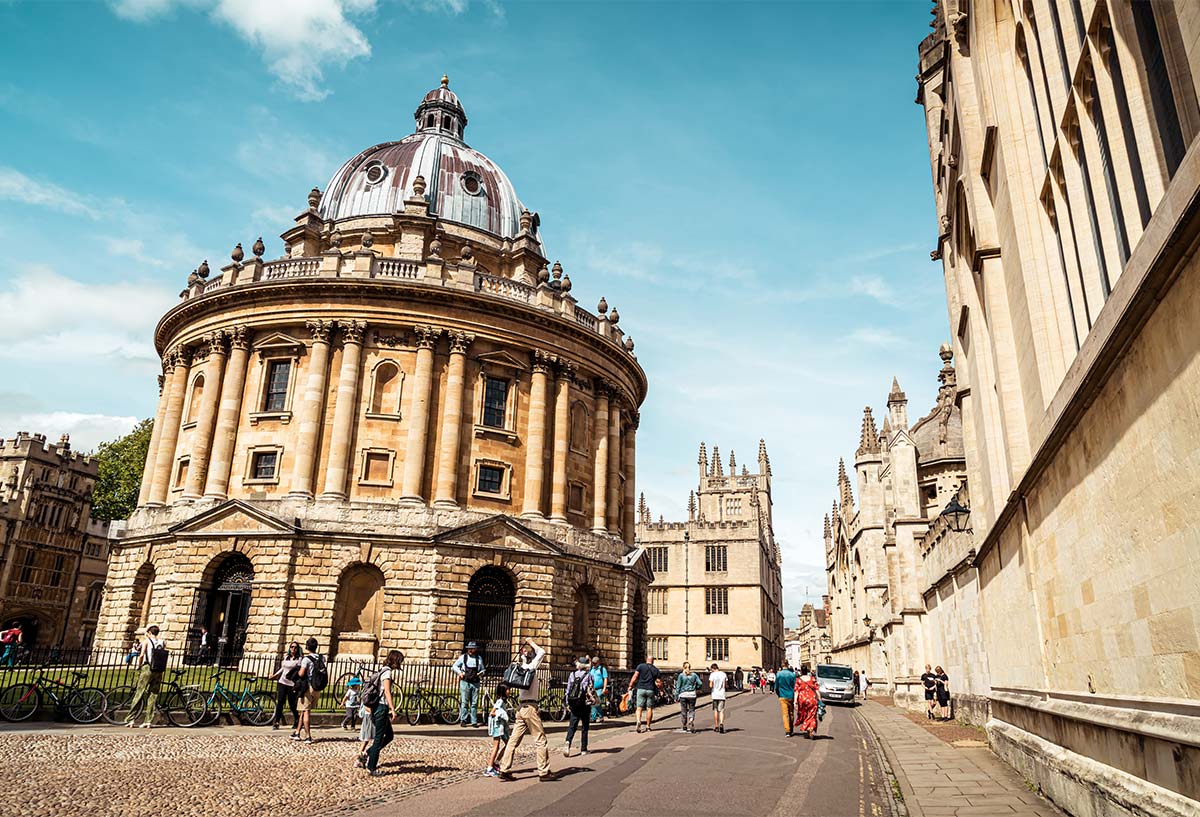 The main research library of Oxford is one of the oldest of its kind in Europe and the second largest in Britain after the British Library. Established in 1602, it received its name from the founder Sir Thomas Bodley. Even though the current institution was created in the 17th century, its roots reach down much further. The first library at Oxford was secured by the University in 1410.