The causes of World War Two might seem simple, however, should you dig a little deeper into world politics at the time, you will notice a melting pot of unrest, economic strife and increasing desire for power all around the world.

Ultimately the cause of World War Two was Hitler’s rise and his determination to build a dominating Third Reich But that isn’t the only cause of the war. Here we go into the 5 major causes of World War Two:

1. The Treaty of Versailles and the German desire for revenge

German combatants had felt betrayed by the signing of the armistice at Compiègne on 11 November 1918 amidst domestic political unrest that was driven by a civilian context of war fatigue and hunger.

Some of the high-profile agitators at this time were left-wing Jews, which fuelled the conspiracy theory of a Jewish Bolshevik disloyalty that later gained so much traction as Hitler laid the psychological groundwork in preparing Germany for another war. 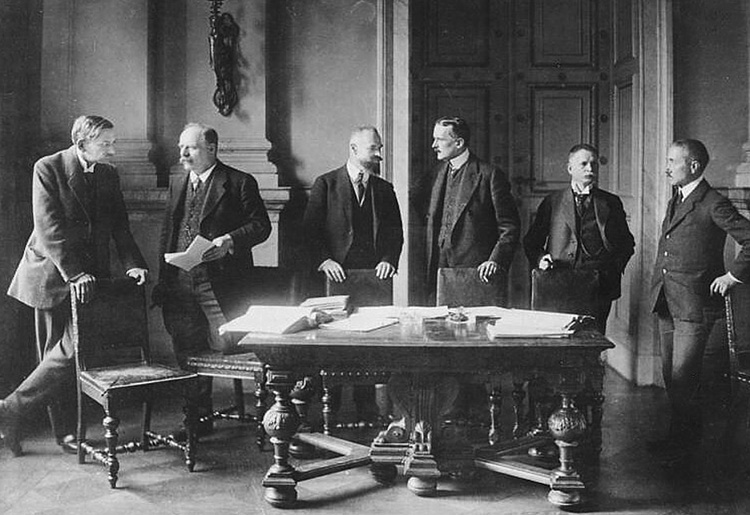 The devastating experience of the First World War left the victorious nations and their people desperate to avoid a repeat. At the insistence of the French, the terms of the Versailles Treaty were punitive in the extreme and left Germany destitute and its people feeling victimised.

Nationalistic Germans were therefore increasingly open to ideas posited by anyone who offered the chance of rectifying the Versailles humiliation.

Economic downturn can always be relied upon to create conditions of civil, political and international unrest. Hyper-inflation hit Germany hard in 1923-4 and facilitated the early development of Hitler’s career.

Although recovery was experienced, the fragility of the Weimar Republic was exposed by the global crash that hit in 1929. The ensuing Great Depression in turn helped to create conditions, such as widespread unemployment, that facilitated the National Socialist Party’s fatal rise to prominence. 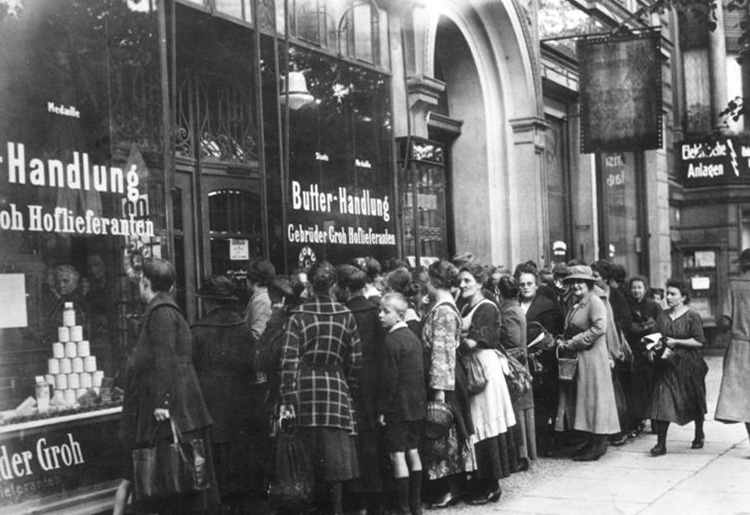 Hitler exploited the Treaty of Versailles and the dents in German pride that it and defeat in war had created by instilling a renewed sense of (extreme) national pride.

This was predicated in part by ‘us and them’ rhetoric that identified the German nation with Aryan supremacy over all other races, amongst whom particular disdain was reserved for the Slavic, Romany and Jewish ‘Untermenschen’. This would have dire consequences throughout the years of Nazi hegemony, as they sought a ‘final solution’ to the ‘Jewish question’.

As early as 1925, through the publication of Mein Kampf, Hitler had outlined an intention to unite Germans across Europe in a reconstituted territory that included Austria, before securing vast tracts of land beyond this new Reich that would ensure self-sufficiency.

In May 1939 he explicitly referred to the oncoming war as being bound up with the pursuit of the ‘Lebensraum’ to the east, with this referring to the whole of Central Europe and Russia up to the Volga.

4. The rise of extremism and the forging of alliances

Europe emerged from World War One a very changed place, with swathes of political ground being taken up by players on the extreme right and left. Stalin was identified by Hitler as a key future adversary and he was wary of Germany being caught territorially between the Soviet Union in the east and a Bolshevik Spain, together with a leftist French government, in the west.

Thus, he chose to intervene in the Spanish Civil War in order to bolster the right-wing presence in Europe, whilst trialling the effectiveness of his new air force and the Blitzkrieg tactics it could help deliver.

During this time the friendship between Nazi Germany and Fascist Italy was strengthened, with Mussolini also keen to protect the European right while gaining the first place from which to benefit from German expansionism.

Germany and Japan signed the Anti-Comintern Pact in November 1936. The Japanese increasingly distrusted the West following the Wall Street Crash and held designs on subjugating China and Manchuria in a manner that echoed Nazi objectives in the east of Europe. 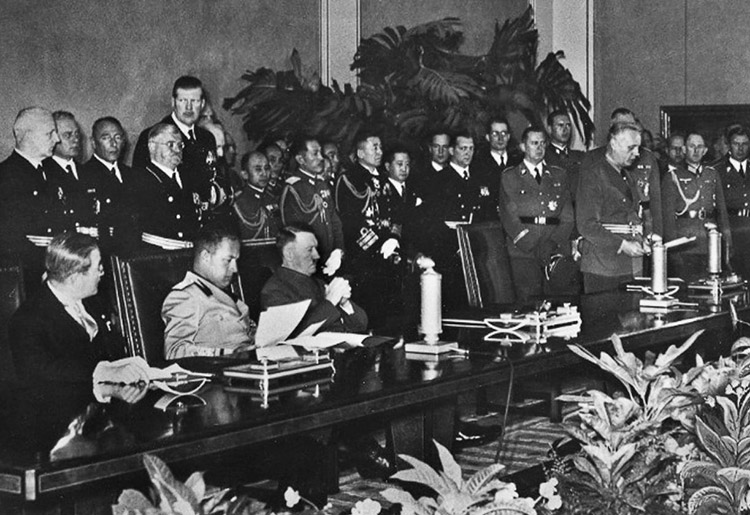 The signing of the Tripartite Pact by Germany, Japan, and Italy on 27 September 1940 in Berlin. Seated from left to right are the Japanese ambassador to Germany Saburō Kurusu, Italian Minister of Foreign Affairs Galeazzo Ciano, and Adolf Hitler

Superficially, the most unlikely of diplomatic agreements was established in August 1939, when the Nazi-Soviet non-aggression pact was signed. In this act the two powers effectively carved up the perceived ‘buffer zone’ that existed between them in Eastern Europe and paved the way for the German invasion of Poland.

5. The failure of appeasement

American isolationism was a direct response to the European events of 1914-18 that the US had ultimately become embroiled in. This left Britain and France, already terrified by the prospect of another war, without a key ally in world diplomacy during the tense interwar period.

This is most commonly highlighted in relation to the toothless League of Nations, another product of Versailles, which patently failed in its mandate to prevent a second global conflict.

Through the mid-1930s the Nazis re-armed Germany in spite of the Treaty of Versailles and without sanction or protest from Britain or France. The Luftwaffe was founded, Naval forces were expanded and conscription was introduced

With continuing disregard for the Treaty, German troops reoccupied the Rhineland in March 1936. Simultaneously, these developments added to Hitler’s legend within Germany and provided much-needed employment, whilst encouraging the Führer to push foreign appeasement to the limit.

Neville Chamberlain, the British Prime Minister from 1937-40, is the man most closely associated with the appeasement of Nazi Germany. The retributive conditions placed on Germany at Versailles meant that many other potential challengers to Hitler chose to concede the German right to claim the Sudetenland and complete the Anschluss of Austria rather than confront him and risk antagonising war.

This attitude resulted in the signing of the Munich Agreement without question of Hitler’s demands, much to his surprise, which Chamberlain infamously celebrated on his return to Britain.

An overwhelming preference for peace amongst British and French citizens had continued to prevail in the years prior to 1939. This is highlighted by the brandishing of Churchill, and others who warned of Hitler’s threat, as a warmonger.

There was a sea-change in public opinion following Hitler’s appropriation of the remainder of Czechoslovakia in March 1939, which contemptuously disregarded the Munich treaty. Chamberlain then guaranteed Polish sovereignty, a line in the sand that was forced by the prospect of German domination in Europe.

Although many still chose to believe the now-inevitable prospect of war was unthinkable, German actions on 1 September 1939 signalled the start of a new major conflict in Europe only 21 years since finale of the ‘War to End All Wars’. 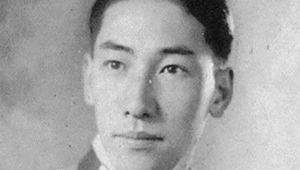 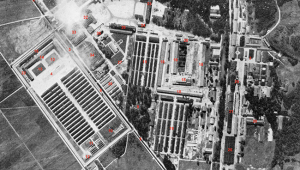 Who Was Interned in Nazi Concentration Camps Before the Holocaust? 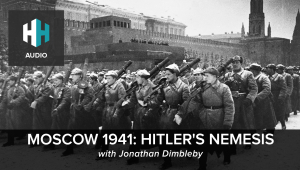 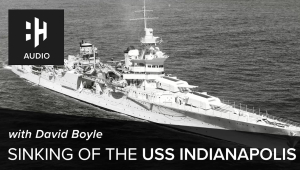 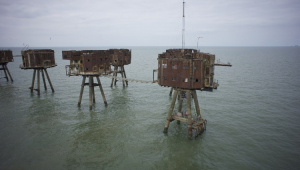