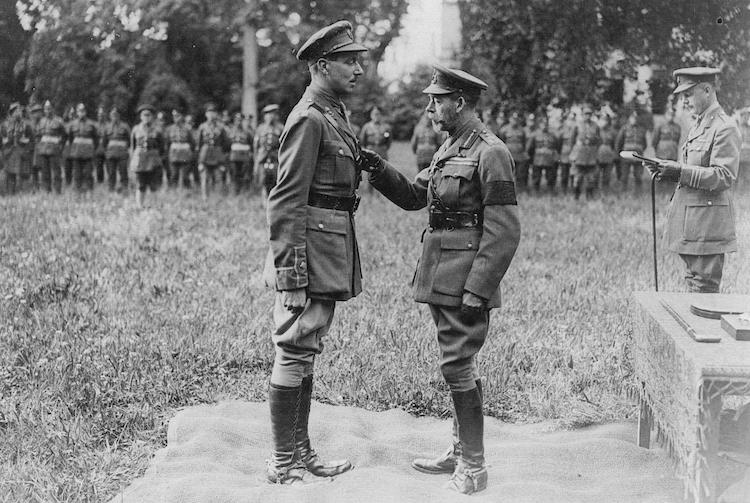 The Victoria Cross (VC) is the most prestigious award in the British honours system (tied with the George Cross as of 1940). It is the highest accolade that a member of the British Armed Forces can receive.

As per the inscription on each VC medal, the award is granted “for valour” – for those who have shown exceptional bravery “in the presence of the enemy”.

The VC was created in the 1850s, with the first ceremony taking place on 26 June 1857. Queen Victoria herself awarded 62 VCs that day, many of them to veterans of the Crimean War (1853-1856). It later became rumoured that British VC medals were in fact made from the metal of Russian guns retrieved from the conflict.

Since that first ceremony, more than 1,300 VC medals have been awarded. There are no barriers of race, sex or rank: its recipients have historically come from across the British Empire and Commonwealth.

From the youngest man to receive the VC to the only person to have earned both a VC and an Olympic gold medal, here are 6 record-breaking recipients of the Victoria Cross.

The first recipient of a Victoria Cross: Charles Lucas 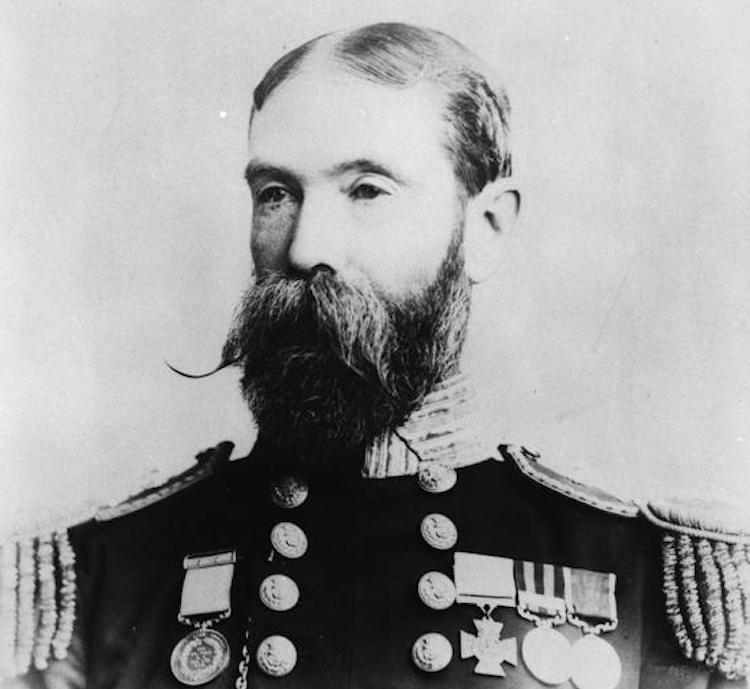 The first known recipient of the VC is recognised as being Charles Lucas, an Irishman from County Monaghan. Although he was the fourth man to physically receive a VC medal, in 1857, his award commemorated the earliest act of bravery for which such an award had been given.

On 21 June 1854, Lucas was serving aboard the HMS Hecla as part of an Anglo-French fleet in the Crimean War. While approaching a Russian fortress on the Baltic Sea, a live shell landed on Hecla’s top deck with its fuse hissing – about to go off. Lucas fearlessly approached the shell, picked it up and tossed it overboard.

The shell exploded a safe distance from the vessel, thanks to Lucas, and nobody on board was injured. This was the first act of valour in British military history to be commemorated by a Victoria Cross.

The VC medal itself was pinned on Lucas’ chest by Queen Victoria herself on 26 June 1857.

The youngest recipient of the Victoria Cross: Andrew Fitzgibbon

According to the National Army Museum, Andrew Fitzgibbon is the youngest recipient of the VC in history, though some sources content that a Thomas Flinn is tied with Fitzgibbon for the claim to fame. Both men were aged just 15 years and 3 months when they earned their awards.

Hailing from Gujarat, India, Fitzgibbon was stationed in China during the Second Opium War (1856-1860). He earned his VC on 21 August 1860, during the storming of the Taku Forts.

Fitzgibbon was a hospital apprentice within the Indian Medical Establishment at the time, and he valiantly tended to the wounded throughout the battle – despite heavy crossfire.

The only combatant to receive 2 Victoria Crosses: Charles Upham

Charles Upham is popularly recognised as the only military combatant to hold 2 separate VCs – or the ‘VC and Bar’, as the accolade is known.

While 2 other men also hold a VC and Bar – Noel Chavasse and Arthur Martin-Leake – they were both doctors with the Royal Army Medical Corps. Upham, as an infantryman, remains the only combatant to have been awarded 2 VCs.

Hailing from New Zealand, Upham was awarded his first VC for actions in Crete in 1941. There, he fearlessly advanced towards enemy lines despite heavy fire, took out several paratroopers and an anti-aircraft gun and then carried an injured soldier to safety. He received his second VC for efforts in Egypt in 1942.

Despite his accolades, Upham shied away from the limelight. Upon being singled out for a VC, he insisted other soldiers he fought beside were more deserving of the award. 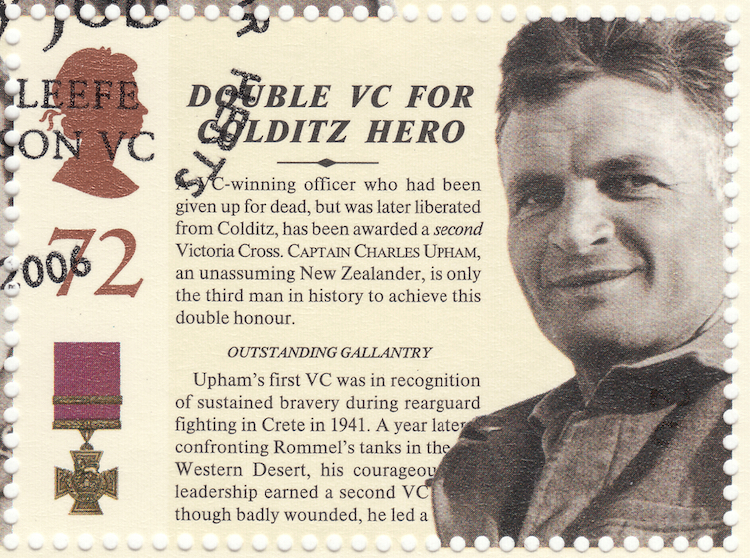 The only woman to receive an informal Victoria Cross: Elizabeth Webber Harris

Women have been eligible for the VC since 1921, but none have yet received it. Back in 1869, however, while it was still impossible for women to receive the medal, Elizabeth Webber Harris was granted special permission from Queen Victoria to obtain an unofficial VC.

In the late 1860s, a cholera epidemic swept across India, and by 1869 it had reached Peshawar – in the country’s northwest – where Harris and her husband, Colonel Webber Desborough Harris, were stationed with the 104th Regiment.

Cholera devastated the regiment, forcing it to flee to the countryside, and many officers and their family members died. Elizabeth Harris spent months tending to the sick, though, helping to tackle the devastation of the epidemic amongst the soldiers and their families.

She was awarded the honorary VC for her efforts.

The only holder of a Victoria Cross and an Olympic gold medal: Sir Philip Neame

Lieutenant-General Sir Philip Neame, from Kent, is the only man to have received both the VC and an Olympic gold medal.

Neame was granted the VC for his efforts in December 1914, shortly after the outbreak of World War One. While serving with the Royal Engineers in France, he used hand grenades to fend off a German advance.

A decade later, Neame went on to win an Olympic gold medal at the Paris Olympics of 1924. He won the medal in running deer – a shooting event where teams would fire at a target that simulated the movement of a live deer.

The oldest recipient of the Victoria Cross: William Raynor

William Raynor was 61 years old when he was awarded the VC in 1857, making him the oldest man in history to be granted the prestigious accolade.

During the Indian Mutiny (1857-1858), a widespread but ultimately unsuccessful uprising broke out across the Indian subcontinent against British rule. Raynor was stationed in Delhi at the time and earned the VC for his defense of the Delhi Magazine – a major ammunition store – during the conflict.

On 11 May 1857, rebels attacked the Delhi Magazine. Rather than letting the munitions store fall into rebel hands, Raynor and 8 fellow soldiers blew it up – with them inside – using explosives. 5 of the group died in the explosion or soon after, and another of the group later died trying to escape Delhi.

All 3 of the remaining soldiers – Raynor, George Forrest and John Buckley – received the VC, of which Raynor was the oldest.

With the British military retirement age currently standing at around 60, it’s quite unlikely that William Raynor will lose his place as the oldest Victoria Cross holder any time soon. 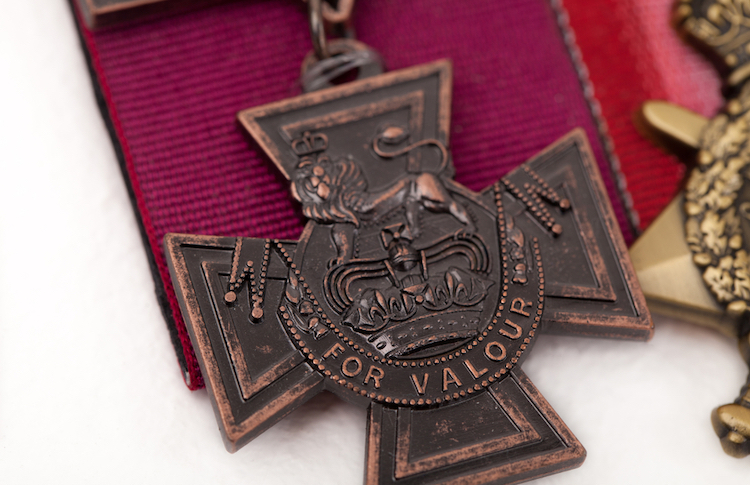 Close up of an Australian Victoria Cross Medal. 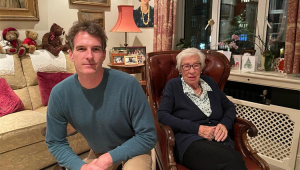 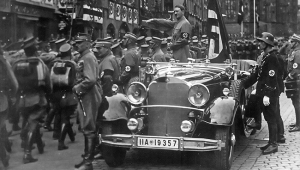 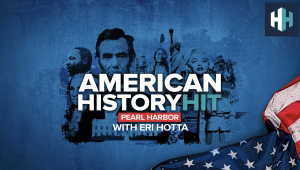 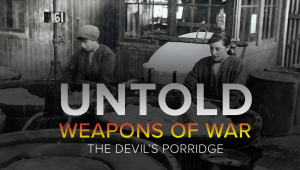 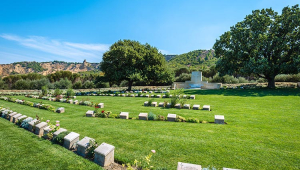 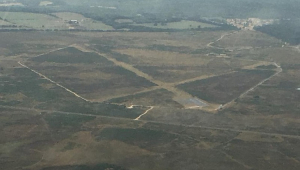