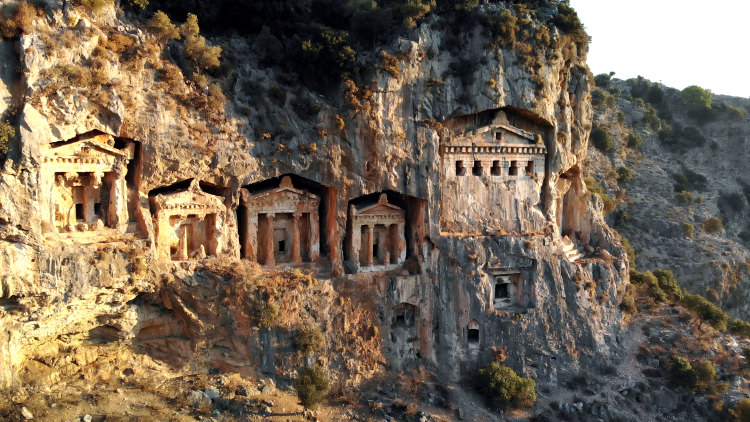 Kaunos archaeological site in Turkey contains the remains of this ancient city which has witnessed the rise and fall of several empires, cultures and civilisations over almost 3,000 years of history. Though not as spectacular as many ancient cities in Turkey, it has the advantage of being quieter, tranquil and picturesque.

Founded around the 9th century BC, Kaunos was a Carian city and an important trading port which bordered Lycia and was culturally influenced by its neighbour. Later conquered by the Persian Empire, the city was also altered by the increasing influence of Hellenic culture in the region leading to many ancient Greek-era structures, the ruins of which can still be found in places within the site.

As with the rest of the locality, Kaunos was incorporated into the Roman Empire and later was part of the Byzantine territories. With the Muslim invasions and later the rise of the Ottoman Empire, Kaunos was re-fortified and walls were constructed on the Acropolis.

Ancient writers attested the malarial nature of Kaunos and it was this, along with earthquakes and the gradual silting of its harbour, which eventually led to the city’s abandonment.

Today, the ruins at Kaunos include a well preserved theatre, which displays both Roman and Hellenistic features, a temple dedicated to Apollo, a Byzantine basilica and Roman baths as well as the spectacular rock tombs – known as the Kings’ Tombs – situated just outside the archaeological site.

Just to the north-west of the main settlement are the 4th century BC city walls which stretch for 3km – in places they are very well preserved.

Excavations at the site are still continuing and may lead to further areas being opened to the public at a later date.

Kaunos is located in Dalyan. Getting here can be an adventure – options include a long, scenic drive from the nearest larger town of Koycegiz (on the D400 road) or taking a car ferry, but perhaps the best (and most fun) way to get there is by the rowing boat service that takes you from the shores of the Dalyan side of the river over to the opposite side.

There are also a variety of day trips by boat that go to Dalyan from the nearby Mediterranean resort towns of Marmaris, Icmeler and Fethiye, a pretty town which is well worth a visit in its own right. 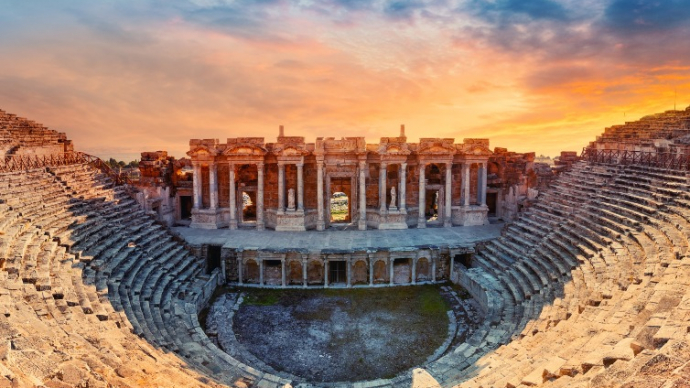 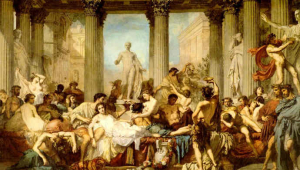 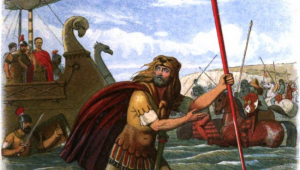 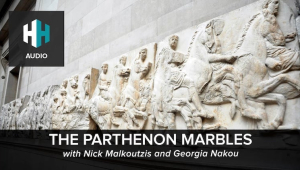 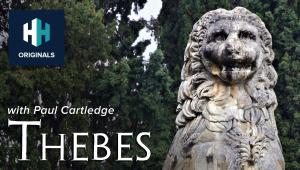