Bligh, Breadfruit and Betrayal: The True Story behind the Mutiny on the Bounty | History Hit 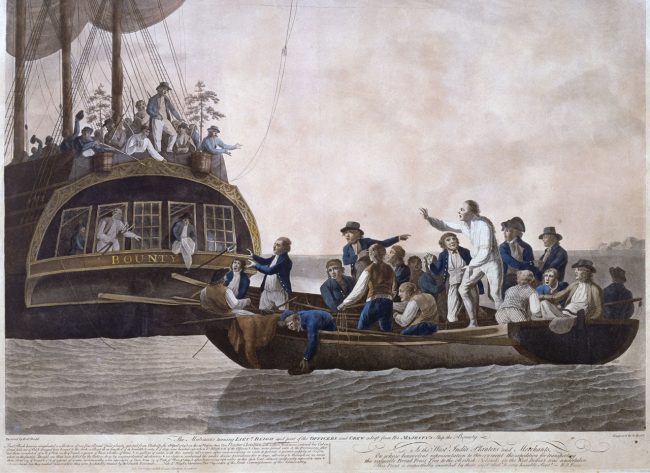 The subject of countless books and films, the mutiny that took place aboard HMS Bounty on 28 April 1789 is one of the most famous events of nautical history.

The cast of characters are well known: chiefly William Bligh, the cruel ship’s captain who fell foul of a mutiny led by Fletcher Christian, the sensitive master’s mate.

Bligh joined the navy aged 7, at a time when young gentlemen were expected to gain early experience in anticipation of a commission, and by 22 had been selected by Captain James Cook to serve as Master (managing the running of the ship) aboard the Resolution on what would be Cook’s final voyage.

Bligh was witness to Cook’s murder by Hawaiian natives in 1779; a harrowing experience that some suggest played a part in characterising Bligh’s manner of leadership.

By 1786 Bligh was commanding his own ships as a merchant captain. In August 1787 he took command of the Bounty. Fletcher Christian was the first person he recruited to the crew. 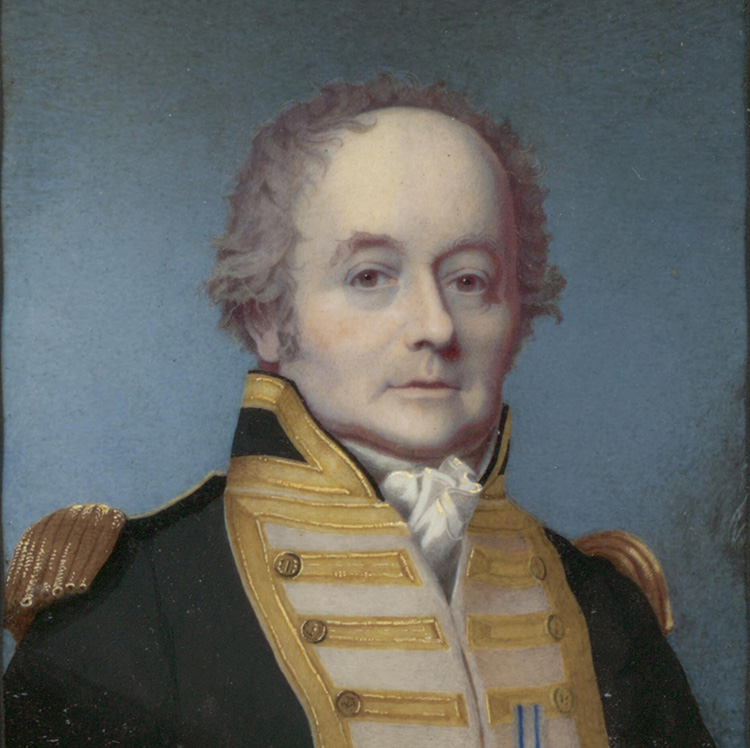 HMS Bounty sailed from England on 23 December 1787. It was bound for Tahiti in the South Pacific to collect breadfruit saplings for transport to the West Indies. Breadfruit was discovered in Tahiti by botanist Joseph Banks whilst travelling on the Endeavor with James Cook.

With the American colonies having declared independence, their supply of fish to feed the slaves of the West Indies sugar plantations dried up. Banks suggested breadfruit, a highly nutritious and high-yielding fruit, might fill the gap.

Despite enduring harsh weather and a ten thousand mile detour around the Cape of Good Hope on their journey to the South Pacific, relations between Bligh and crew remained cordial. However, on dropping anchor at Adventure Bay, Tasmania, trouble began to stir.

First Bligh criticised his carpenter William Pucell for shoddy work. Then a member of the crew, able seaman James Valentine, fell ill. In an attempt to treat him, Valentine was bled by the ship’s surgeon Thomas Huggan but he died of an infection. Bligh blamed Huggan for his death and then criticised the other officers for not noticing his symptoms.

The Bounty arrived in Tahiti in October 1788 where the crew received a warm welcome.

“[Tahiti is] certainly the Paradise of the World, and if happiness could result from situation and convenience, here it is to be found in the highest perfection.  I have seen many parts of the World, but Otaheite [Tahiti] is capable of being preferable to them all.”

The crew spent several months in Tahiti collecting the breadfruit saplings. During this time Bligh became increasingly angry at what he perceived to be incompetence and misconduct among his officers. His temper flared on several occasions.

The Bounty set sail from Tahiti in April 1789. In the weeks that followed, accounts report several arguments between Bligh and Christian and Bligh continued to berate his crew for their incompetence. On 27 August Bligh questioned Christian over some missing coconuts and the incident blew up into a raging argument at the end of which, according to an account by William Purcell, Christian left in tears.

“Sir, your abuse is so bad that I cannot do my duty with any pleasure.  I have been in hell for weeks with you.” 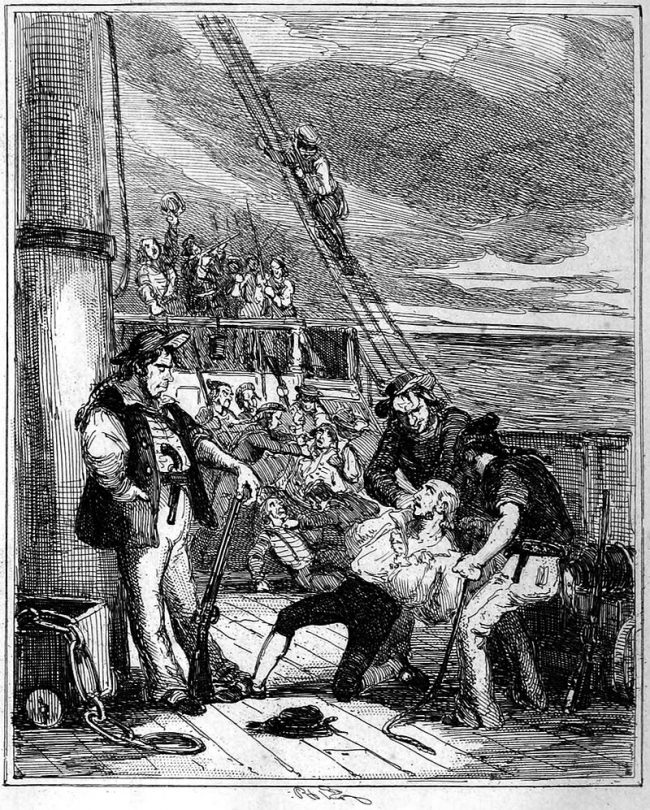 Mutiny on the Bounty

Before sunrise on 28 April, Christian and three other men hauled a half-naked Bligh from his bed on to the deck. The ship’s 23-foot-long boat launch was lowered and 18 men were either forced on board or volunteered to go with Bligh.

Bligh appealed to Christian who replied “I am in hell–I am in hell.” They were set adrift with limited provisions that included sails, tools, a twenty-gallon cask of water, rum, 150 pounds of bread, and a compass.

Remarkably, 10 months and 3,600 miles later, Bligh’s little boat arrived back in England. He was hailed a hero and set sail again within the year on another breadfruit transportation.

Meanwhile arguments broke out among the remaining crew of the Bounty. Having collected supplies from Tahiti, and joined by 20 islanders, Christian and the mutineers attempted to found a new community on the island of Tubuai. But the tensions between different groups proved too much. 16 men returned to Tahiti and Christian and 8 others left in search of a safe haven.

After Bligh’s return, a frigate, Pandora, was sent from England to round up the Bounty mutineers. 14 crew members were discovered on Tahiti (two had been murdered) but a search of the South Pacific failed to locate Christian and the others. 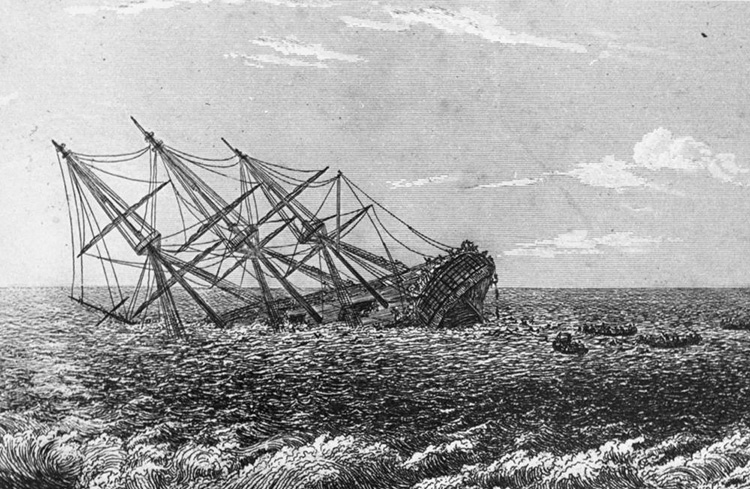 On the way back to England, the Pandora ran aground and 3 of the mutineers went down with the ship. The remaining 10 arrived home in chains and were court-martialled.

Captain Bligh’s account of the mutiny formed the basis of the prosecution, along with testimonies by others loyal to him. 4 of the defendants, identified by Bligh as having been kept aboard the Bounty against their will, were acquitted.

3 more were pardoned. The remaining 3 – Thomas Burkett (identified as one of the men who dragged Bligh from his bed) John Millward, and Thomas Ellison – were all hanged. 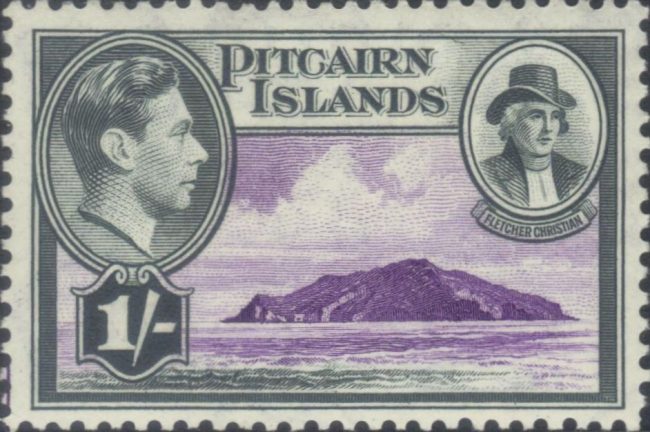 And Fletcher Christian? In January 1790 he and his crew settled on Pitcairn Island, 1,000 miles east of Tahiti. Over 20 years later, in 1808 a whaler dropped anchor at the island and found a community of inhabitants including John Adams, the sole surviving mutineer.

Today the island is home to about 40 people, almost all descendants of the mutineers. About 1,000 residents of nearby Norfolk Island can also trace their ancestry back to the mutineers. 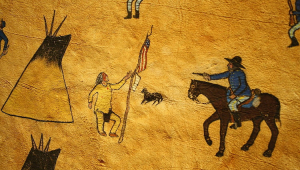 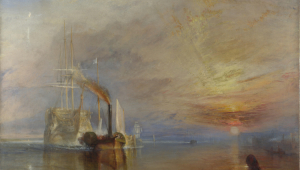 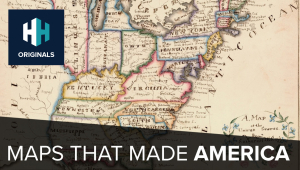 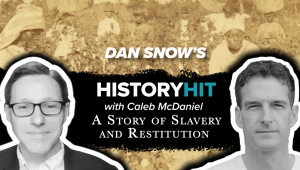 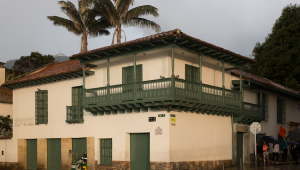 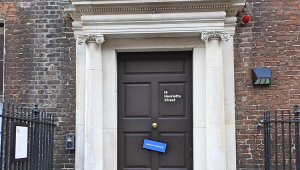