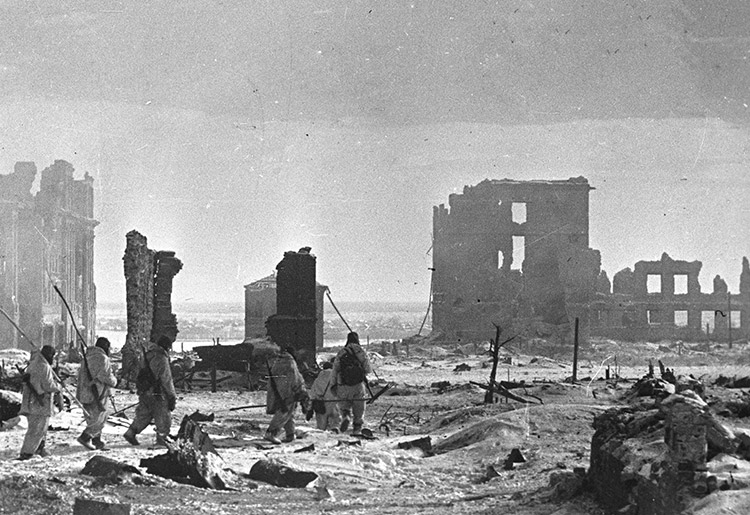 Operation Barbarossa failed, shattered in the snow at the very gates of Moscow. So, in 1942, in the heat of another Russian summer, Hitler would try to defeat the Soviet Union once again, this time by hurling over 1.5 million men, 1500 panzers and the same number of aircraft at the Red Army’s southern front to reach the far-off oil fields of the Caucasus. No mention was made of Stalingrad – the city on the River Volga.

But, bizarrely, it was that very city that would become the focal point of the Wehrmacht’s entire campaign that year. Reached by the 6th Army in the middle of August 1942, the German commander – Friedrich Paulus – would ineptly fight a grinding battle of bloody attrition that would be nicknamed Rattenkrieg – Rats war – by his own bewildered and horrified men.

As the first winter snows fell in the middle of November, the Red Army counterattacked and in a matter of days surrounded the 6th Army. Just over two months later, 91,000 starving and exhausted Germans stumbled out of their bunkers and into Soviet captivity. Barely 5,000 would ever see their homeland again.

Codenamed Case Blue, the 1942 German summer offensive in the Soviet Union was a huge undertaking. The Wehrmacht concentrated the majority of its best formations and most of its available armor and aircraft to land a hammer blow on the Red Army, seizing its oil for itself and providing Nazi Germany with the economic resources to fight and win a global war. Launched on 28 June the Germans were, at first, stunningly successful, as Hans Heinz Rehfeldt proclaimed, “We’d broken through… As far as the eye can see we were advancing!” 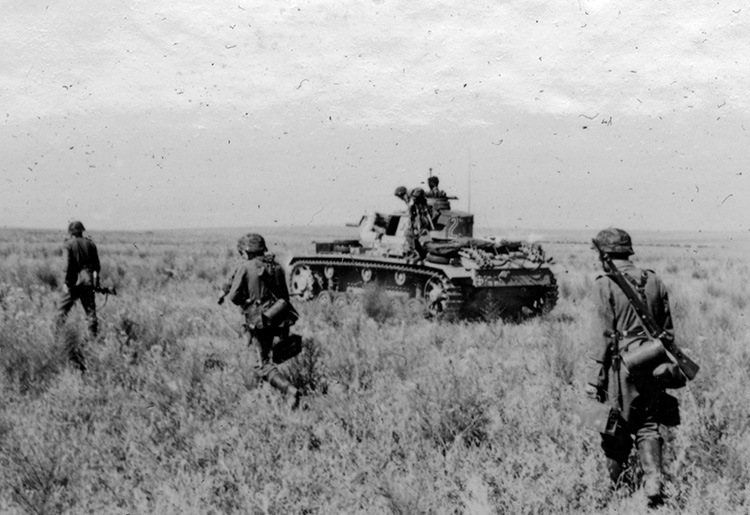 As the main force drove southeast into the Caucasus, the 6th Army – at over 250,000 men strong the largest army in the Wehrmacht – headed directly east towards the River Volga, its job being to protect the main force’s vulnerable flank. One of its members, Wilhelm Hoffmann, wrote in his diary that “we’ll soon reach the Volga, take Stalingrad and then the war will be over.”

Only mentioned in passing in the original Case Blue directive, the industrial city of Stalingrad was now designated as the 6th Army’s destination. Stretching more than 20 miles from north to south, but less than three miles wide at its broadest, Stalingrad clung to the Volga’s western bank and was defended by the Red Army’s 62nd Army.

Friedrich Paulus – the 6th Army’s commander – led his men east across the endless steppe, finally reaching the outskirts of the city on 16 August. An attempt to take the city with a hasty attack failed and instead, the Germans opted for a methodical operation supported by massive aerial bombardment that turned much of the city to rubble. The Soviet general Andrei Yeremenko recalled, “Stalingrad… Deluged with a sea of fire and acrid fumes.” But still the Soviets resisted.

The grain elevator, the Kurgan and the factories

The city’s skyline was dominated by a number of immense factories in the north and a huge concrete grain elevator in the south, separated by an ancient manmade hill, the Mamayev Kurgan. Fighting for these features went on for weeks, as a young German officer bitterly described, “We’ve fought for fifteen days for a single house… The front is a corridor between burnt-out rooms.” 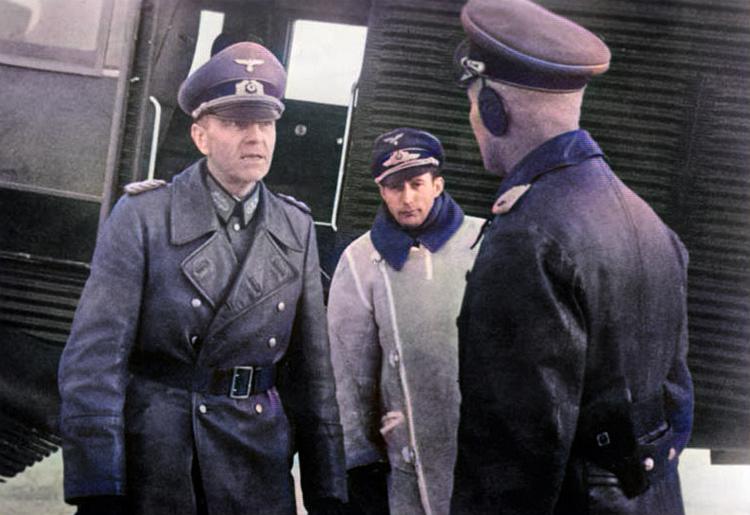 With no hint of subtlety, Paulus fed division after division into the attack, increasingly exasperated as his losses mounted alarmingly. The Soviet 62nd Army, now led by Vasily Chuikov – nicknamed ‘the Stone’ by his men – stubbornly fought on, making “every German feel he lives under the muzzle of a Russian gun.”

Eventually, on 22 September, the elevator complex fell, and 6 days later it was followed by the Mamayev Kurgan. Then it was the turn of the northern factories. Once again the Germans relied on overwhelming firepower and endless assaults to win the day; the Red October metal works, for example, was attacked no fewer than 117 times. Casualties amongst the exhausted German units were staggering as Willi Kreiser remarked, “Hardly any of the men in the advance platoons were ever seen alive again.”

Even as the Germans slowly battered their way forward, the Soviets adapted, forming ‘street fighting academies’ where fresh troops were schooled in new tactics. More and more Soviet soldiers were armed with submachine guns like the famous PPsH-41, and hundreds of snipers were deployed to shoot unwary German soldiers as they smoked a cigarette or brought up food for their comrades.

The devastated city became the Soviets’ ally, its mountains of rubble and twisted girders forming ideal defensive positions even as they restricted the Germans’ ability to manoeuvre or use their armor. As Rolf Grams admitted at the time, “It was a battle of man against man.”

Finally, on 30 October, the last of the factory ruins fell to the Germans. Chuikov’s men now only held a tiny patch of land on the very banks of the Volga.

With defeat seemingly inevitable, the Soviets turned the tables on their German attackers on 19 November. With snow swirling down, the Red Army launched a deadly counter-offensive against the Romanians of the 3rd and 4th Armies positioned on the steppes either side of the 6th Army. The Romanians fought bravely but their lack of heavy weapons soon told and they were forced to flee in front of the advancing Soviets. Three days later the two Soviet pincers met at Kalach: the 6th Army was surrounded. 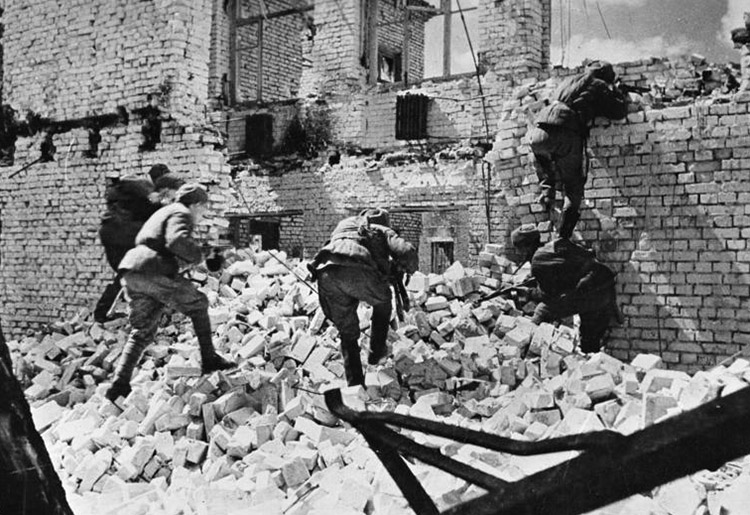 Goering – the head of the Luftwaffe – insisted that his men could supply the 6th Army by air, and, with Paulus sitting on his hands, Hitler agreed. The ensuing airlift was a disaster. Appalling weather often grounded the transport planes for days, even as the still-advancing Red Army overran airfield after airfield, pushing the Germans ever further away from the beleaguered 6th Army. The bare minimum 300 tons of supplies needed by the 6th Army per day was only achieved a dozen times over the next two months.

Within the Stalingrad Pocket life soon became hellish for the ordinary German soldiers. At first, food wasn’t a problem as the army’s tens of thousands of draught horses were slaughtered and put in the pot, but fuel and ammunition were soon critically low, with panzers immobile and the defenders told only to fire at the Soviets if they were under direct attack.

Thousands of wounded men desperately tried to get a place on the outbound transport aircraft, only for many to die in the snow waiting at the Pitomnik airfield. Andreas Engel was one of the lucky ones: “My wound hadn’t been treated properly but I had the great fortune to secure a place, even as the crew had to threaten the crowd with guns to stop the machine being stormed.”

Erich von Manstein – one of the Wehrmacht’s finest generals – was tasked with relieving Stalingrad, but with so few forces available to him he was halted a tantalizing 35 miles from the city. The 6th Army’s only hope now lay in breaking out to reach Manstein and the 800 trucks of supplies he had with him, but Paulus dithered once again. The opportunity was lost and the 6th Army’s fate was sealed.

Inside the Pocket, men began to die of starvation. Thousands of wounded were left untended, and the Red Army attacked relentlessly. By the end of January, the Pocket was split into two mini-pockets and Paulus asked Hitler for permission to surrender. The Nazi dictator refused, instead promoting Paulus to field marshal and expecting him to commit suicide rather than capitulate. Paulus baulked.

On the morning of Sunday 31 January 1943, a final message was radioed out of Stalingrad: “The Russians are at the door. We’re preparing to destroy the radio.” Paulus meekly went into captivity even as his exhausted men began to raise their hands around him.

The Soviets were astonished to take 91,000 prisoners at the end of the battle, marching them off to poorly prepared camps out on the steppes where more than half died from disease and ill-treatment by spring. It wasn’t until 1955 that the pathetic survivors were repatriated to West Germany. Only 5,000 were still alive to see their homeland once more. As the young staff officer Karl Schwarz declared; “The 6th Army… was dead.”

Jonathan Trigg has an honours degree in History and served in the British Army. He has written extensively on World War Two, and is a regular expert contributor to TV programmes, magazines (History of War, All About History and The Armourer), radio (BBC Radio 4, Talk Radio, Newstalk) and podcasts (ww2podcast.com, History Hack and History Hit). His previous books include Death on the Don: The Destruction of Germany’s Allies on the Eastern Front (nominated for the Pushkin Prize for History) and the best-selling D-Day Through German Eyes. 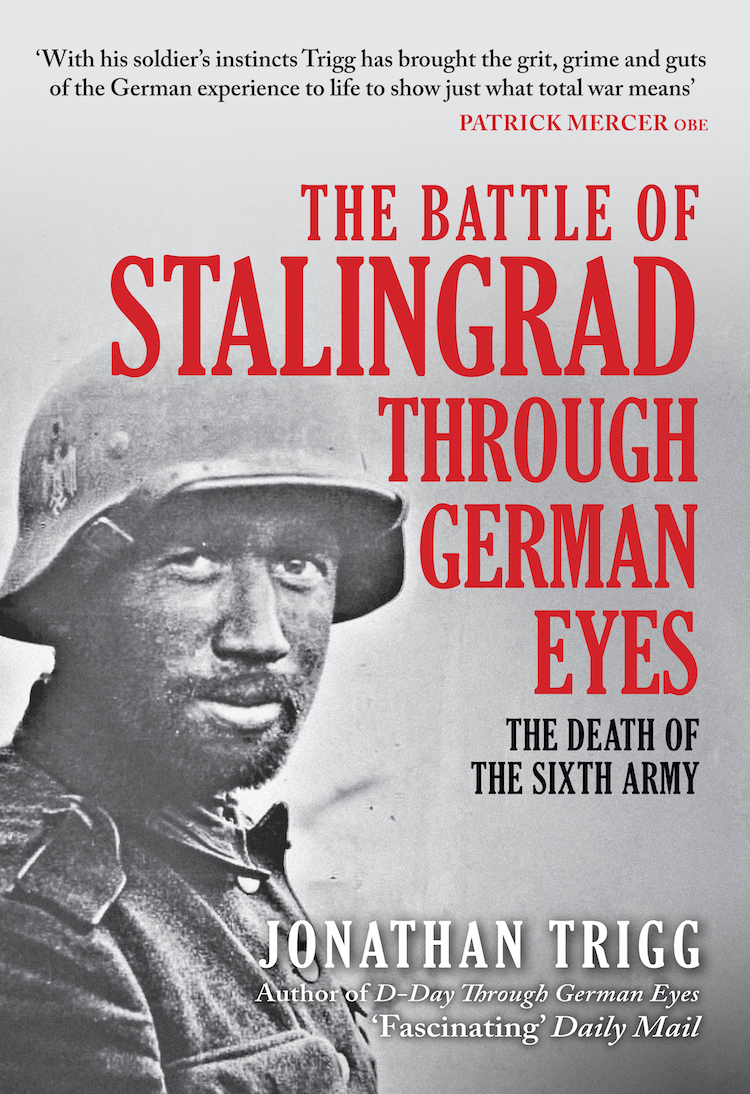 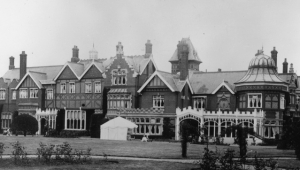 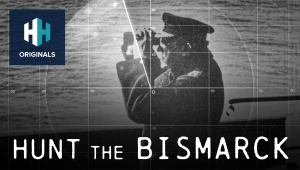 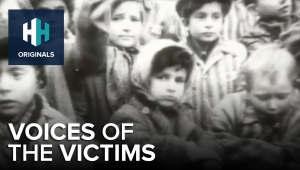 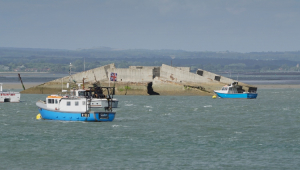 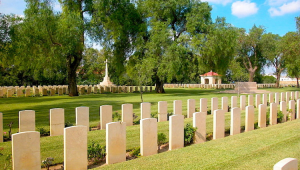