7 of the Strangest Cars Ever Invented | History Hit 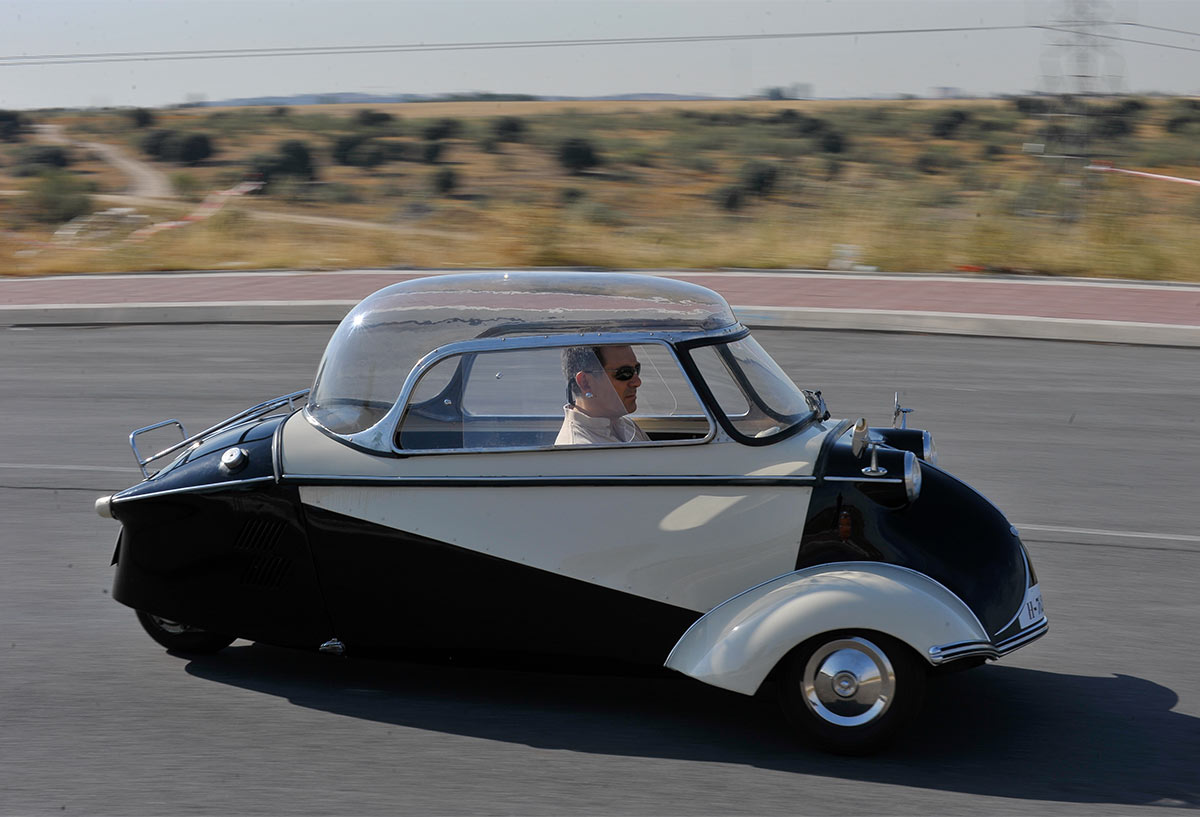 In 1886 the beginning of a transportation revolution took place. The German inventor Karl Benz patented his Benz Patent-Motorwagen, the world’s first practical automobile. From that moment on, the world of automobiles has developed at a staggering speed.

In 2021 alone, an estimated 66.7 million cars have been sold worldwide. They have become one of the most popular means of transportation, with significant impacts on the way we create cities and infrastructure in general. In more recent decades, their impact on climate change has become more apparent, signalling new challenges for the automobile industry.

Over the years, countless innovative and unusual car designs have been developed, with more than a handful raising eyebrows. Here are some of the wackiest automobiles, from tiny bubble cars to futuristic vehicles that would fit perfectly into a science fiction movie. 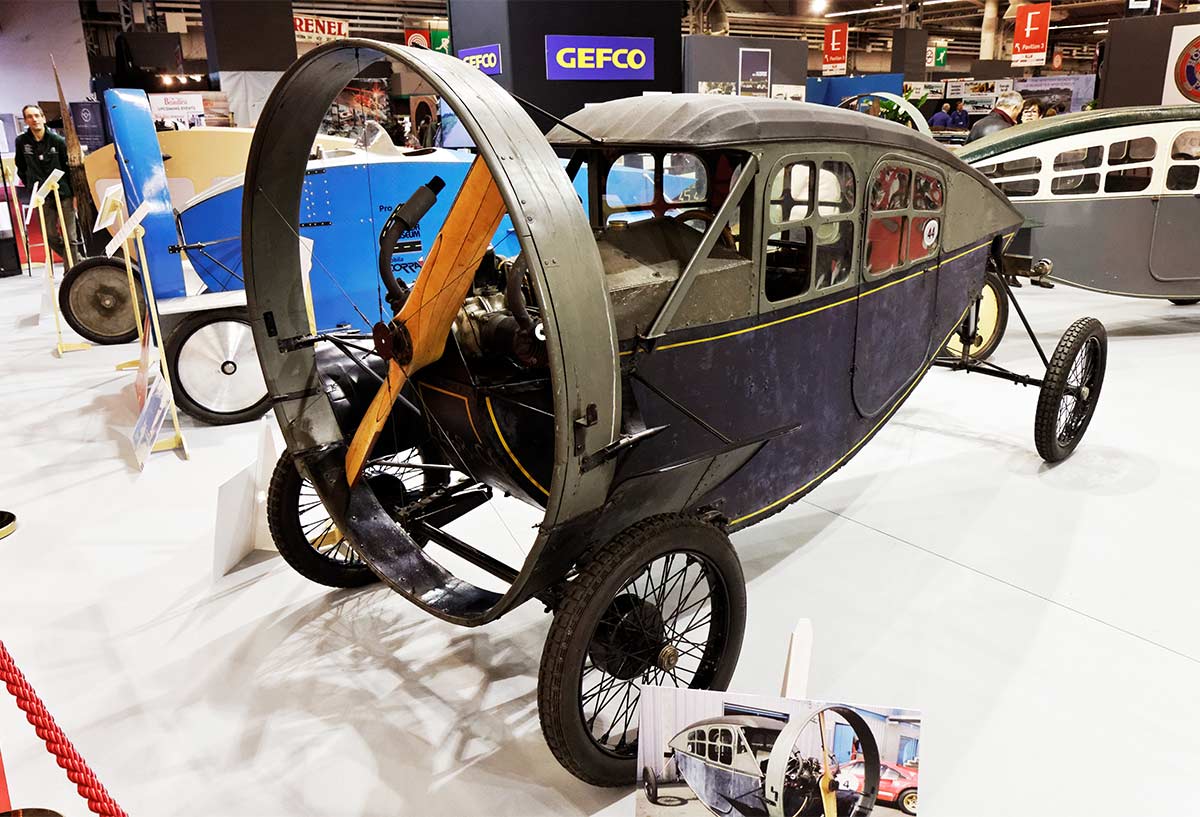 In the early days of car production new ideas were flying around, with designers sometimes coming up with truly bizarre creations. Following World War One, the biplane designer Marcel Leyat decided to combine his expertise from the aviation industry with the world of automobiles.

The 1921 Leyat Helica can be best described as a mini aeroplane without wings, with the most striking feature being a massive propeller in the front. The design was unsurprisingly deemed unsafe and only around 20 units were ever sold. 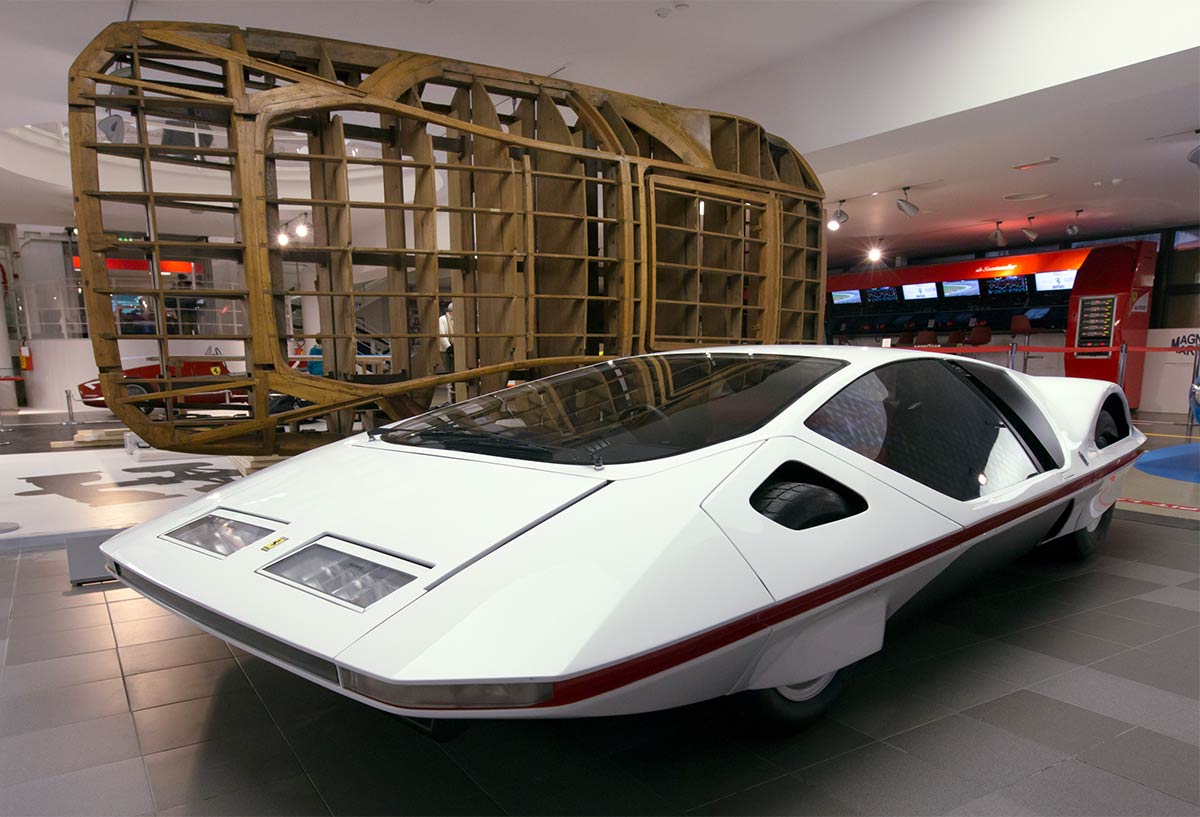 Ferrari modulo next to a wooden frame of the car

One may be mistaken to think this car was from a 1960s science fiction movie, but the Ferrari Modulo was designed by Paolo Martin and displayed at the 1970 Geneva Motor Show. Its strange angles and curves give the automobile a spaceship feel, like something out of Star Trek. Only one was ever produced. It was then sold to the American car enthusiast James Glickenhaus in 2014. 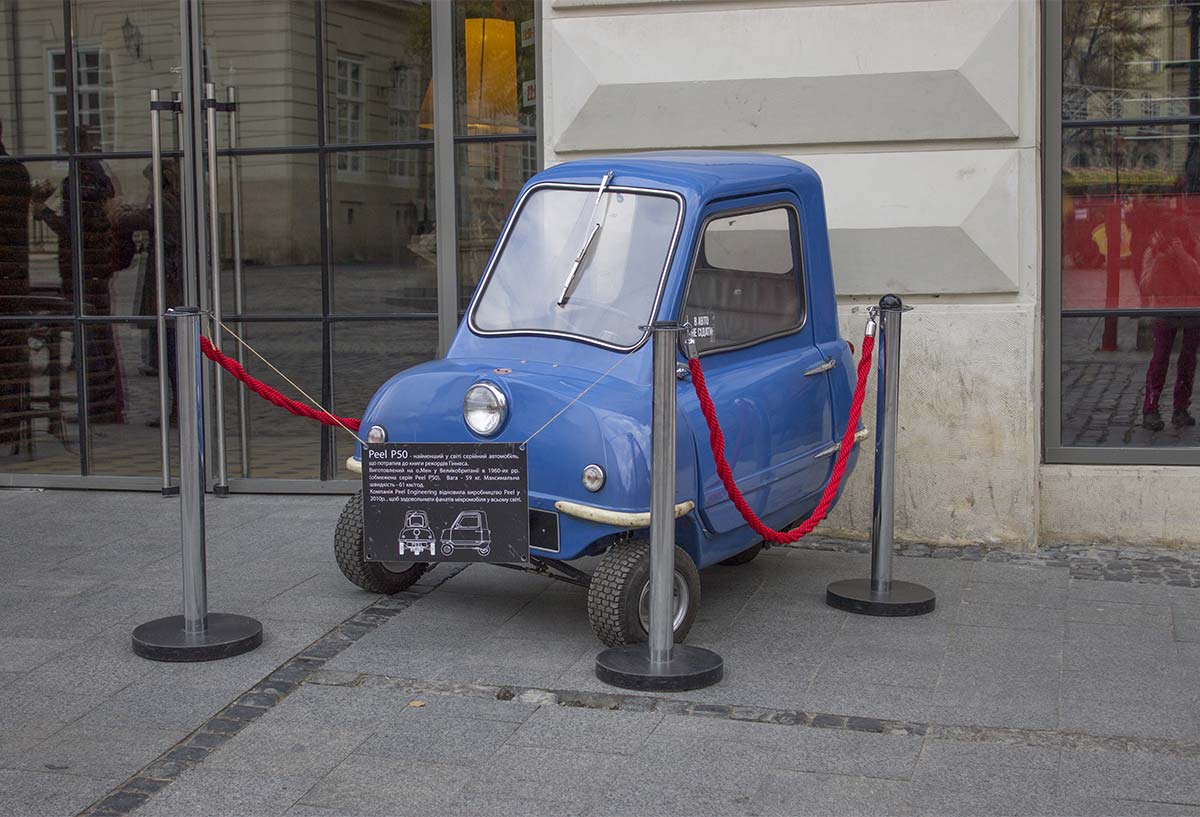 The tiny Peel P50 was produced from 1962 to 1965 by the Peel Engineering Company on the Isle of Man. It was designed as a city car, with advertisement slogans announcing that it had enough room for one person and a shopping bag.

The car is so small, in fact, that it can fit through normal doorways, enter buildings and it can be quite easily lifted by one person. Approximately 45 Peel P50s were sold in the 1960s. After 50 years, production of this curious automobile restarted in 2011, though the number of cars sold each year remains quite small, at around fifteen. 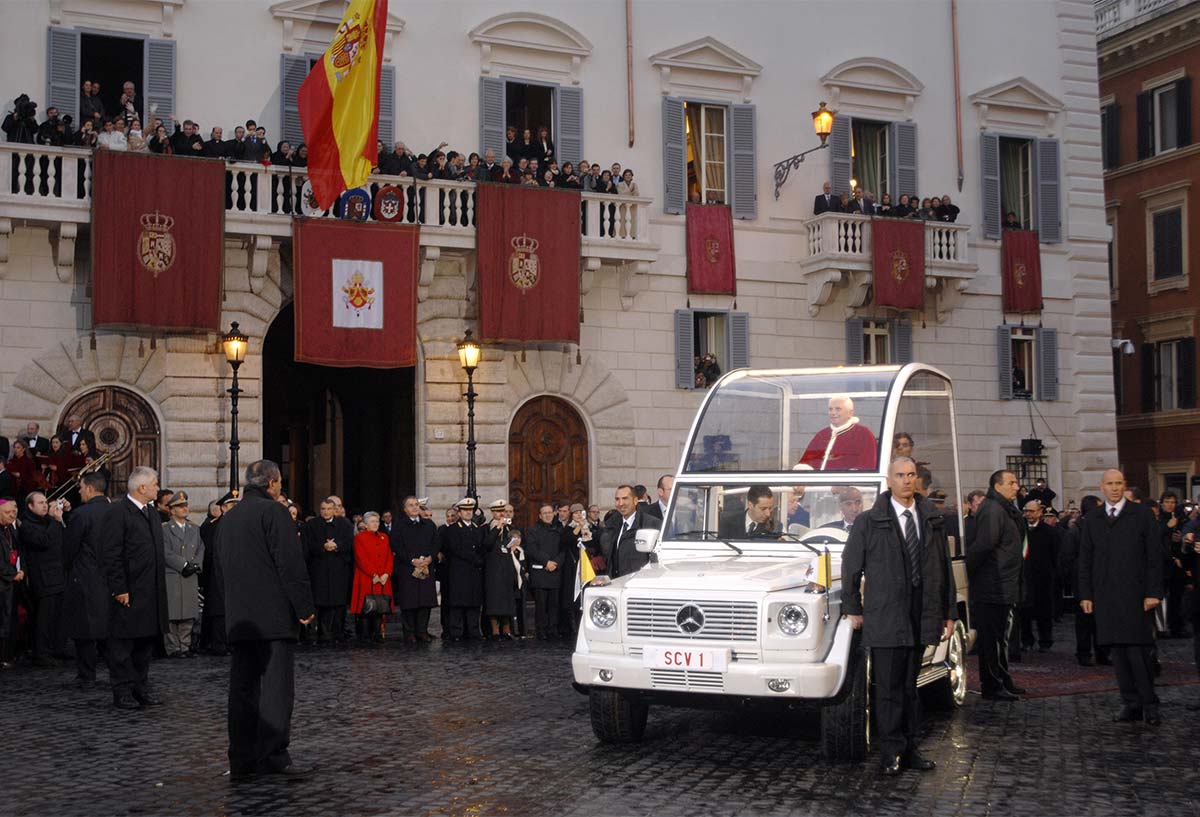 Pope Benedict XVI arrives on the popemobile to bring a tribute to the statue of Mary. 08 December 2007

One of the most famous and unique cars in the world, the Popemobile is a specially designed motor vehicle used by the head of the Catholic Church during public appearances. There have been multiple designs, with some allowing the Pope to sit while others are designed for him to stand, though all share a common goal: protecting the head of the Catholic Church from any outside force. The introduction of a reinforced vehicle followed a failed assassination attempt of Pope John Paul II in 1981. 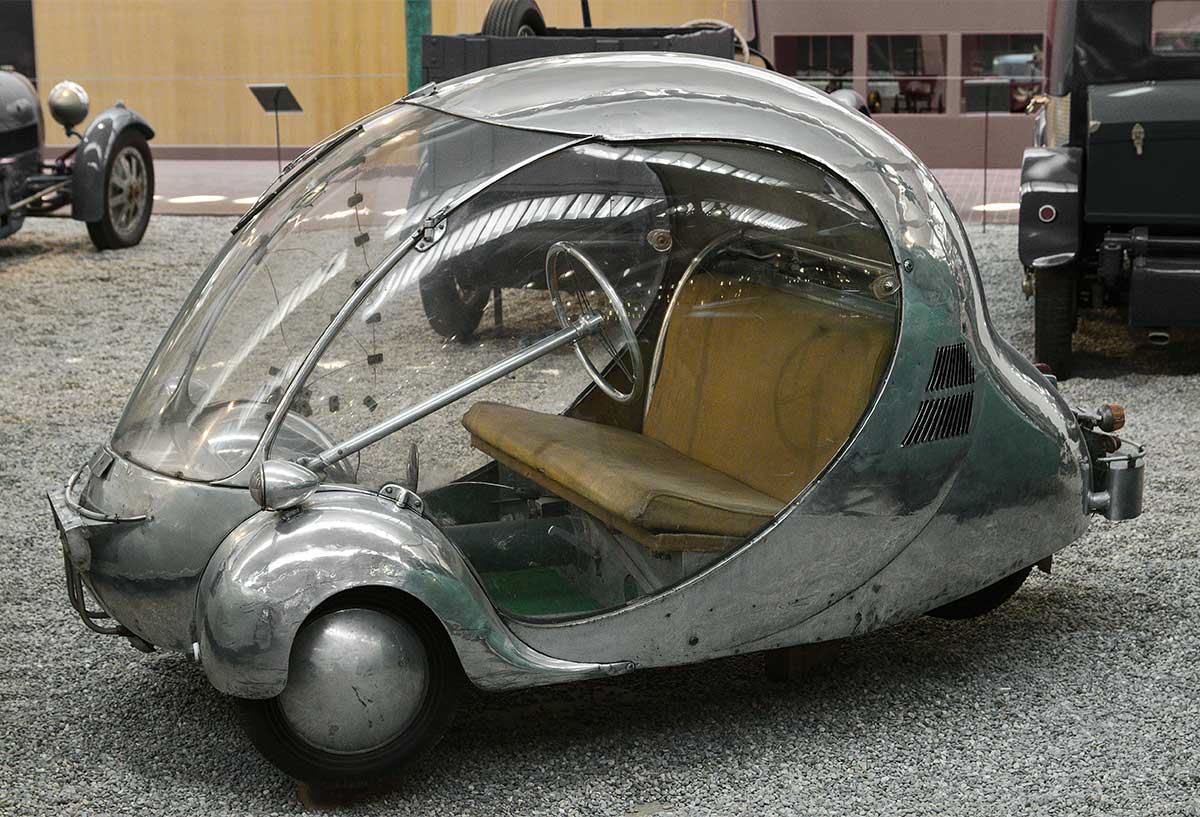 The plans of this egg-shaped automobile came from the industrial designer Paul Arzens. There was only one ever made in 1942, and it was used by Arenz as his personal car. The automobile was meant to reflect his ideas of what the future could look like. It’s also worth mentioning that the car was fully electric, partly caused by the lack of petrol following the German occupation of Northern France. 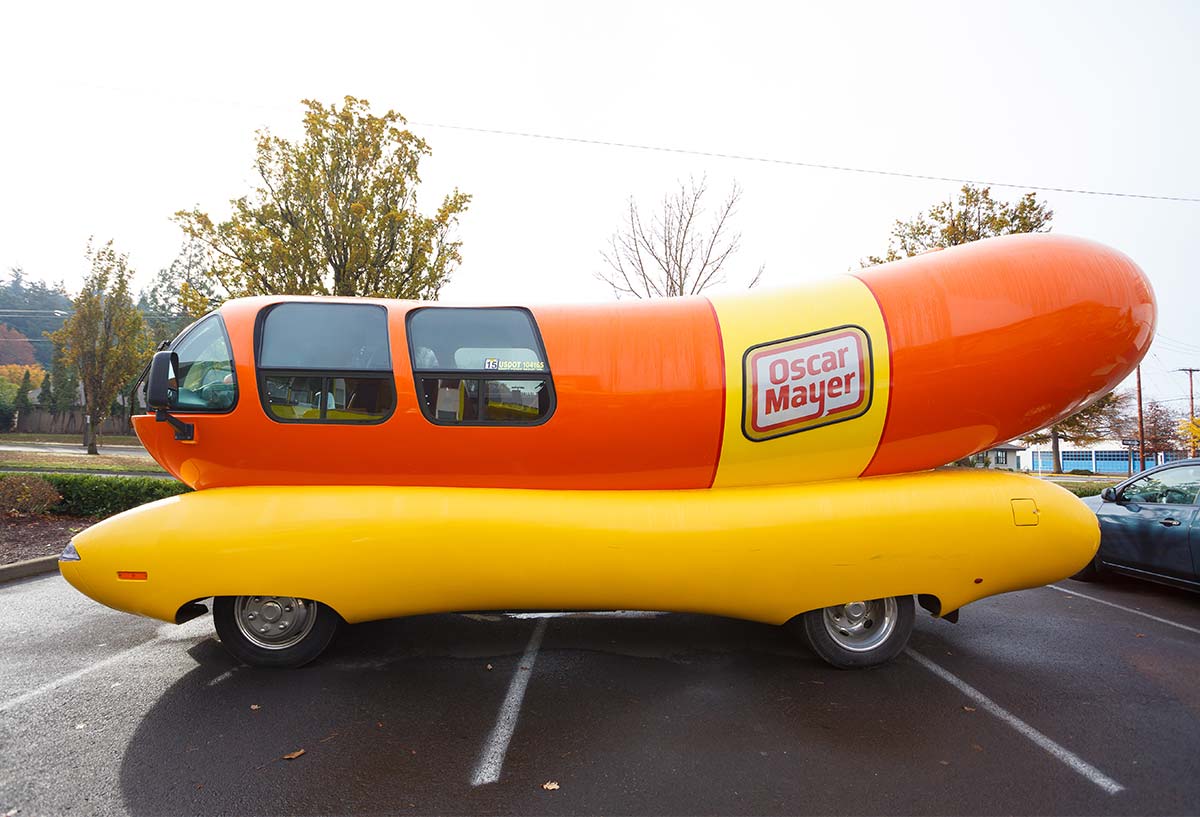 Oscar Mayer Wienermobile makes an appearance at the University of Oregon. 12 November 2015

The amusingly named Wienermobile is shaped like a hot dog on a bun, promoting and advertising Oscar Mayer products in the United States. A driver of this type of automobile is called The Hotdogger. The original vehicle was created in 1936, before being used for scrap metal during World War Two. In the 1950s, several new vehicles were created for the company. Even today, one might spot a Wienermobile driving on the streets of the United States. 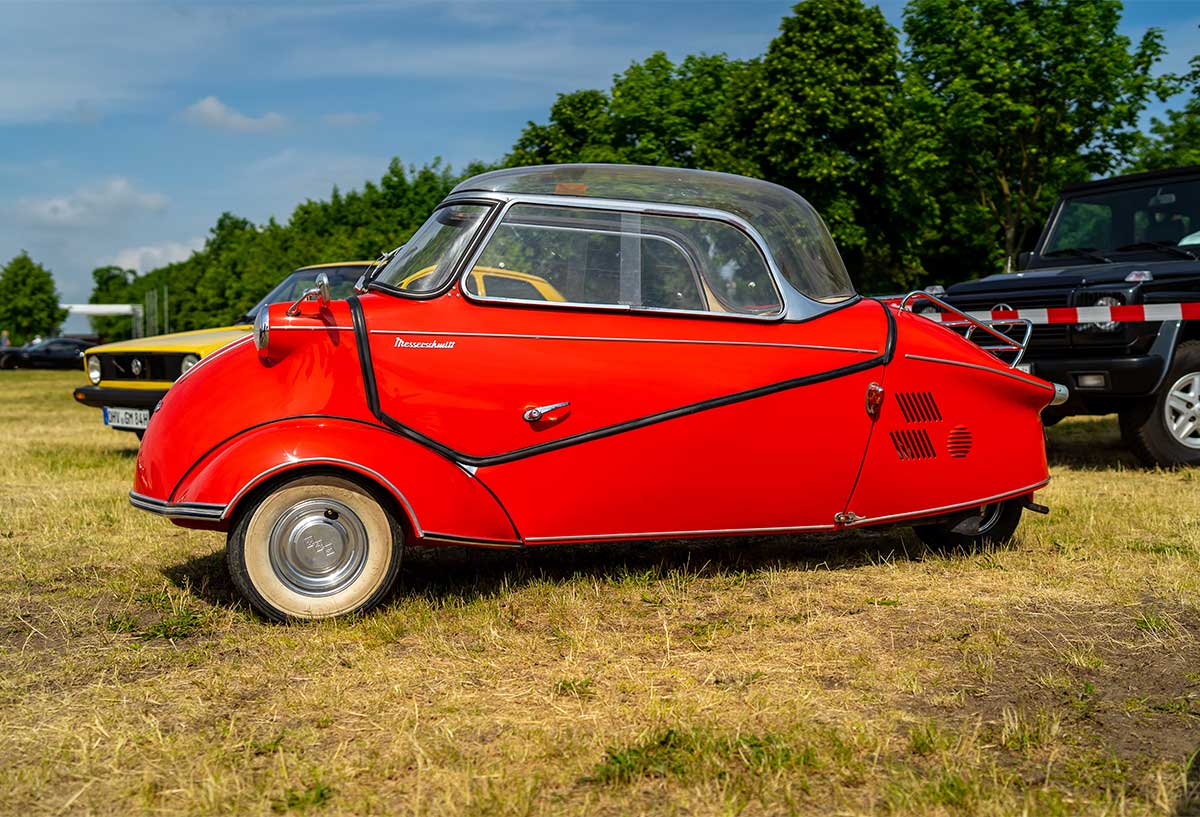 The Messerschmitt KR200, also known as a Kabinenroller, was in production from 1955 to 1964. It is a three-wheeled bubble car (a term used for the smallest cars) designed by the aircraft engineer Fritz Fend. The curious-looking automobile was an initial success, selling almost 12,000 in its first year of production, with potentially the most famous buyer being Elvis Presley.

Production of the model eventually stopped due to dropping sales numbers in 1964. In total, around 30,286 units of Messerschmitt KR200 cars were sold.