What Was Life Like for Women in Soviet Russia? | History Hit 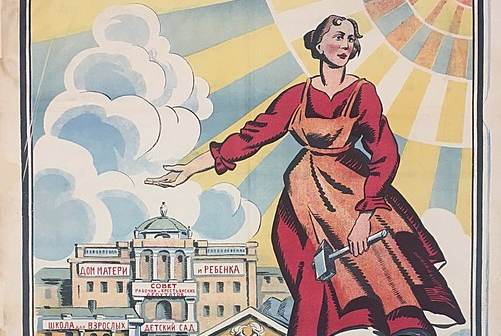 At the turn of the 20th century, the fight for women’s rights was growing in strength and fervour across the globe. With the outbreak of World War One in 1914, European societies were forced to utilise a previously untapped female workforce to replace the labour lost as men joined the war effort. Russia was no exception.

However, in 1917, this previously autocratic nation undertook a bold and world-altering change: revolution. Overthrowing the tsar and hundreds of years of strict tradition, the new Soviet regime that emerged sought to restructure society in new and radical ways, including for women.

Over the next 70 years in the Soviet Union (1922-1991), women found themselves with greater opportunities for autonomy and independence. Yet while Soviet doctrine promoted equality, this was not always the reality. So, what was life really like for women in the USSR?

In 1917, the tsarist regime was toppled in Russia during the February Revolution, with a Provisional Government established in its place. Women feature in the story of this historic event from (quite literally) day one, as a key catalyst of this first revolution was International Women’s Day on 8 March (23 Feb in the old Russian calendar).

Tens of thousands of women flooded the streets of Petrograd, protesting the hardships they had endured and wielding banners that read “feed the children of the defenders of the motherland” and called for “bread and peace“. By the afternoon they were joined by striking factory workers across the city, until over 150,000 occupied the Russian capital. The following week, Tsar Nicholas II abdicated. 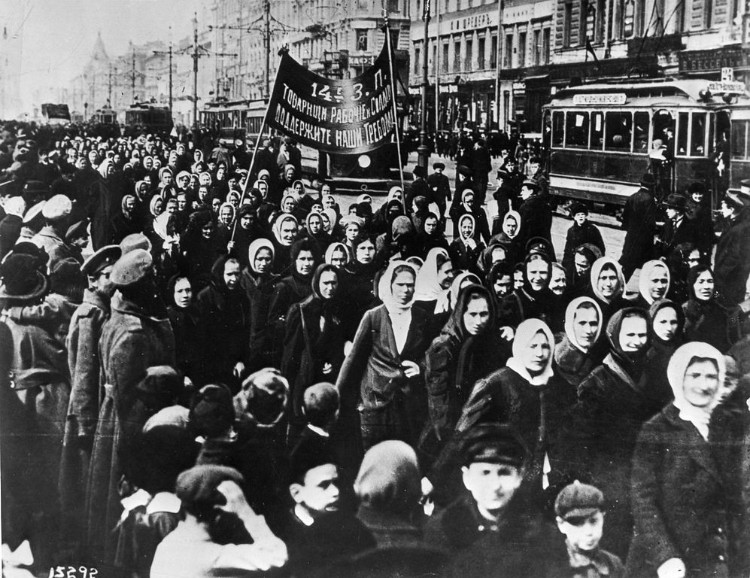 The new Provisional Government granted women the vote and afforded them equal rights in civil service. At this time, record numbers of women joined the army, with combat units made up entirely of women emerging from May 1917.

In October 1917, the Communist Bolsheviks seized power in Russia during the October Revolution, once again stirring the country into a political furor. After a fierce civil war, in 1922 the victorious Bolsheviks formed the Soviet Union (USSR), led by Vladimir Lenin and later Joseph Stalin.

Bolshevik rhetoric sought to restructure the concept of family, and most pertinently afford men and women equal rights and social standing.

Under the Bolsheviks, divorce and abortion laws were liberalised, homosexuality was decriminalised, cohabitation between men and women was permitted, marital rape was made illegal and abortion was legalised. For them, women no longer merely fulfilled the role of the silent, fertile and obedient housewife.

The new Soviet regime also sought the contributions of women in the workplace. Women were seen, at least in theory, as vital for the creation of a single class of workers and peasants, and their previous roles as housewives were considered a hinderance to Soviet progress.

Lenin himself propagated this, stating, “[The woman] continues to be a domestic slave, because petty housework crushes, strangles, stultifies and degrades her, chains her to the kitchen and the nursery, and she wastes her labour on barbarously unproductive, petty, nerve-racking, stultifying and crushing drudgery.”

Among the Bolsheviks were a number of female revolutionaries who worked tirelessly to enact feminist policies and create women’s organisations within the country’s political sphere. Inessa Armand was key in this early movement. A staunch Bolshevik and close friend (or possible lover) of Lenin’s, Armand would grow to become one of the most powerful women in Moscow.

She became head of the Moscow Economic Council, an executive member of the Moscow Soviet, and the director of the Zhenotdel. Established alongside fellow female revolutionary Alexandra Kollontai, the Zhenotdel was a department of the Communist Party that fought for female equality throughout the Soviet Union. 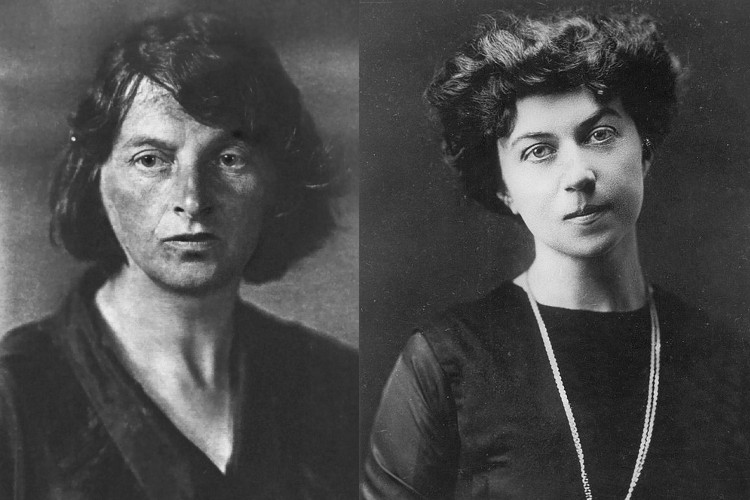 Alongside a host of other powerful women, Armand and Kollontai lent an invaluable female presence to the communist cause and personally pushed a number of its pro-feminist policies.

For thousands of women across the USSR, access to the workforce had an undeniable impact, and between 1923 and 1930 the number of women in work more than doubled.

This included highly skilled jobs, with many encouraged to become doctors, journalists, scientists and lawyers – positions that women in the West would not have access to for years. In the later Cold War years, Soviet women often led global achievements, such as cosmonaut Valentina Tereshkova, the first woman in space.

Laborious work was also promoted for women, who became farmers, construction workers and truck drivers – all particularly vital in helping Russia’s recovery through years of economic hardship and famine.

Enrolment in the armed forces also continued to rise, and by 1920 about 50,000 to 70,000 women had joined the Red Army, making up 2% of the overall force. World War Two also saw the rise of all-female regiments such as the Night Witches, a highly effective bomber squad whose call-to-arms stated they were “seeking women who wanted to be combat pilots just like the men”. 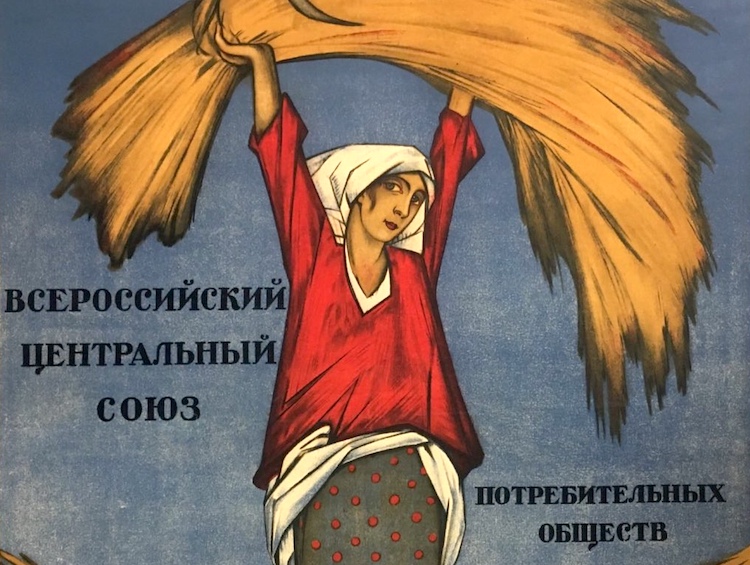 While women were now permitted to a host of new jobs within the Soviet Union, this freedom was a double-edged sword. Domestic work was still viewed as a female enterprise, meaning wives would engage in backbreaking work all day and return home to yet more work in the form of cooking, cleaning and childcare.

Their position in society also never truly reached equality with men, as they were preferred for certain jobs, such as agricultural roles, and mostly barred from the highest positions of power.

Further, the move towards women’s rights became somewhat stunted in Stalinist Russia. In theory, women remained equal, as stated in Stalin’s 1936 Constitution of the Soviet Union: “Women in the USSR are accorded equal rights with men in all spheres of economic, state, cultural, social, and political life.”

However, in practice, Stalin’s pro-natal policies once again outlawed abortion and made divorce difficult to attain, with many women’s institutions, including the Zhenodtel, shut down as the Communist Party believed their work was done. Women were once again positioned as ‘heroines of the home’ with an undeniable social responsibility to raise children, and during World War Two were expected to exemplify the ‘motherland’ and patriotism.

Though the Soviet Union revoked Stalin’s 1936 laws following his death in 1953, this shift in attitudes had a long-lasting impact.

The fall of the USSR

Through the mid-1980s, Soviet women began to adopt more Westernised feminist views focused on individuality and democracy, and began to demand greater rights. Many hoped that during the Soviet reforms of glasnost (openness) and perestroika (reconstruction), Mikhail Gorbachev’s adoption of more liberal policies may open the USSR up to a more democratic form of government.

Often cited as a chief cause of the fall of the USSR, these liberal reforms restructured Russia into a more patriarchal and neo-traditional society, however. A blatant example came in the congressional elections of June 1989, which were arguably more free than ever before. Where previous quotas had been in place for female representation in government, this 1989 election saw their numbers halved, pushing women further out of the sphere of influence.

But an undeniable success of glasnost and perestroika was the ability for women to establish political and societal support networks of their own. Women’s councils were introduced in the workplace to help represent their female workers, independent women’s organisations began appearing, and the powerful slogan “democracy without women is not democracy” emerged as the banner of a new age of Russian feminism. 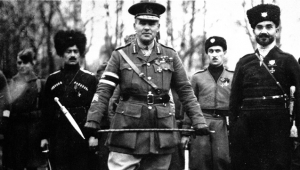 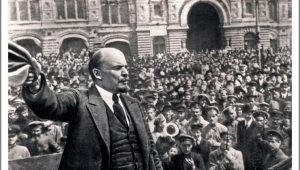 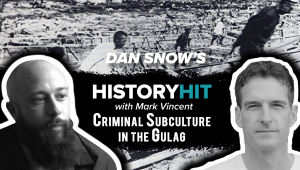 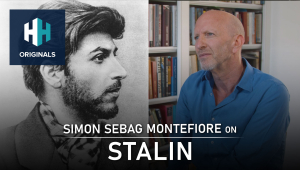 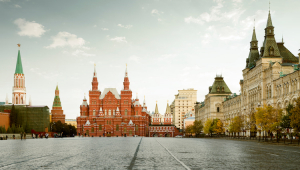 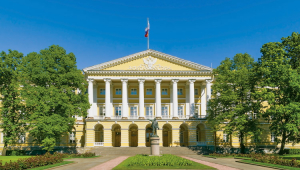