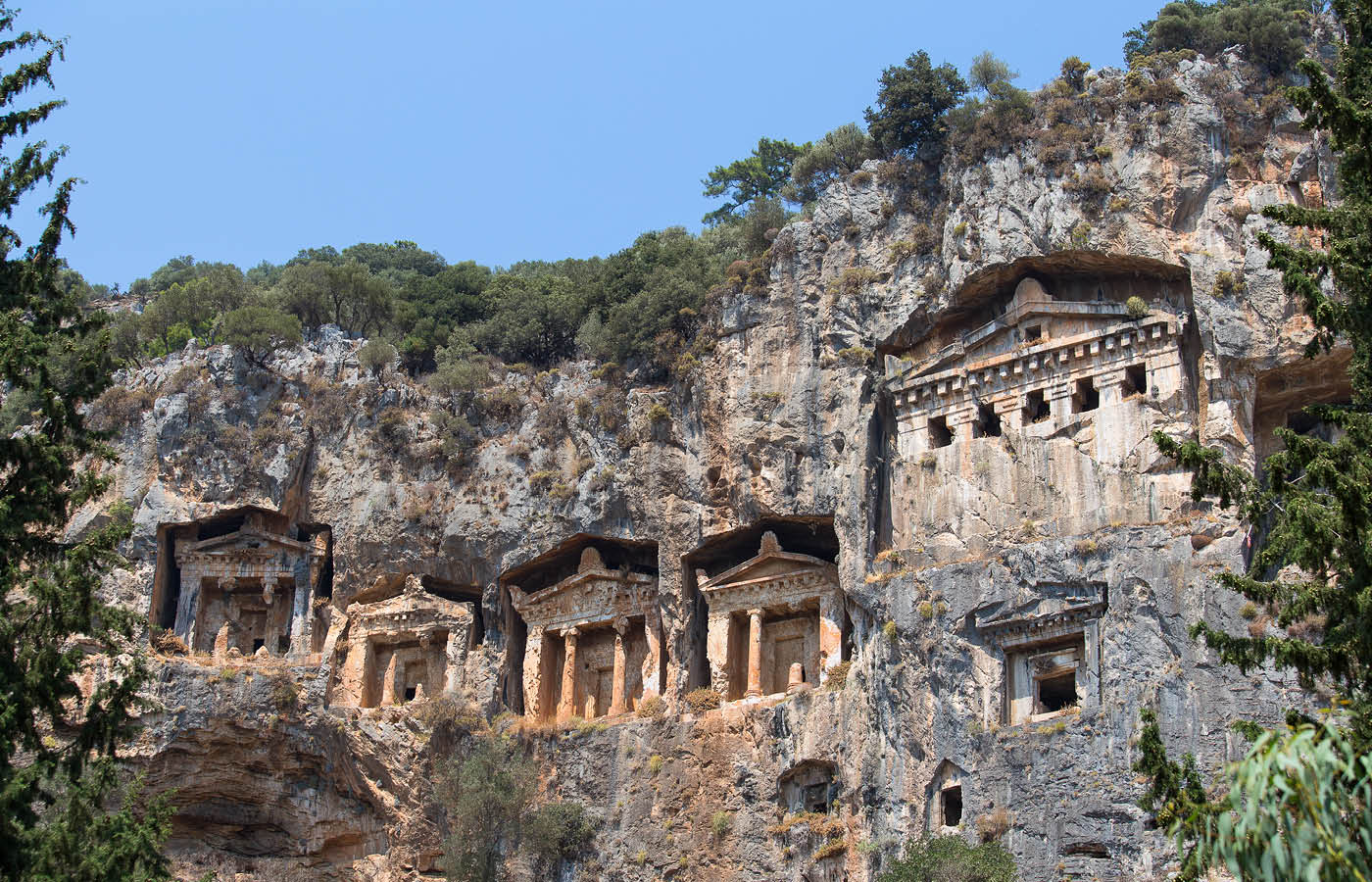 Historically, to provide security and stability, cities and buildings would be carved into mountains and caves. Eventually, developments in technology and engineering meant that civilisations no longer needed to rely on mountains and caves for structural integrity but instead could build free-standing cities, buildings and monuments.

These ancient and medieval structures were built to last and many can be seen all over the world today.

Here are 10 remarkable cities and structures carved into mountains around the globe. 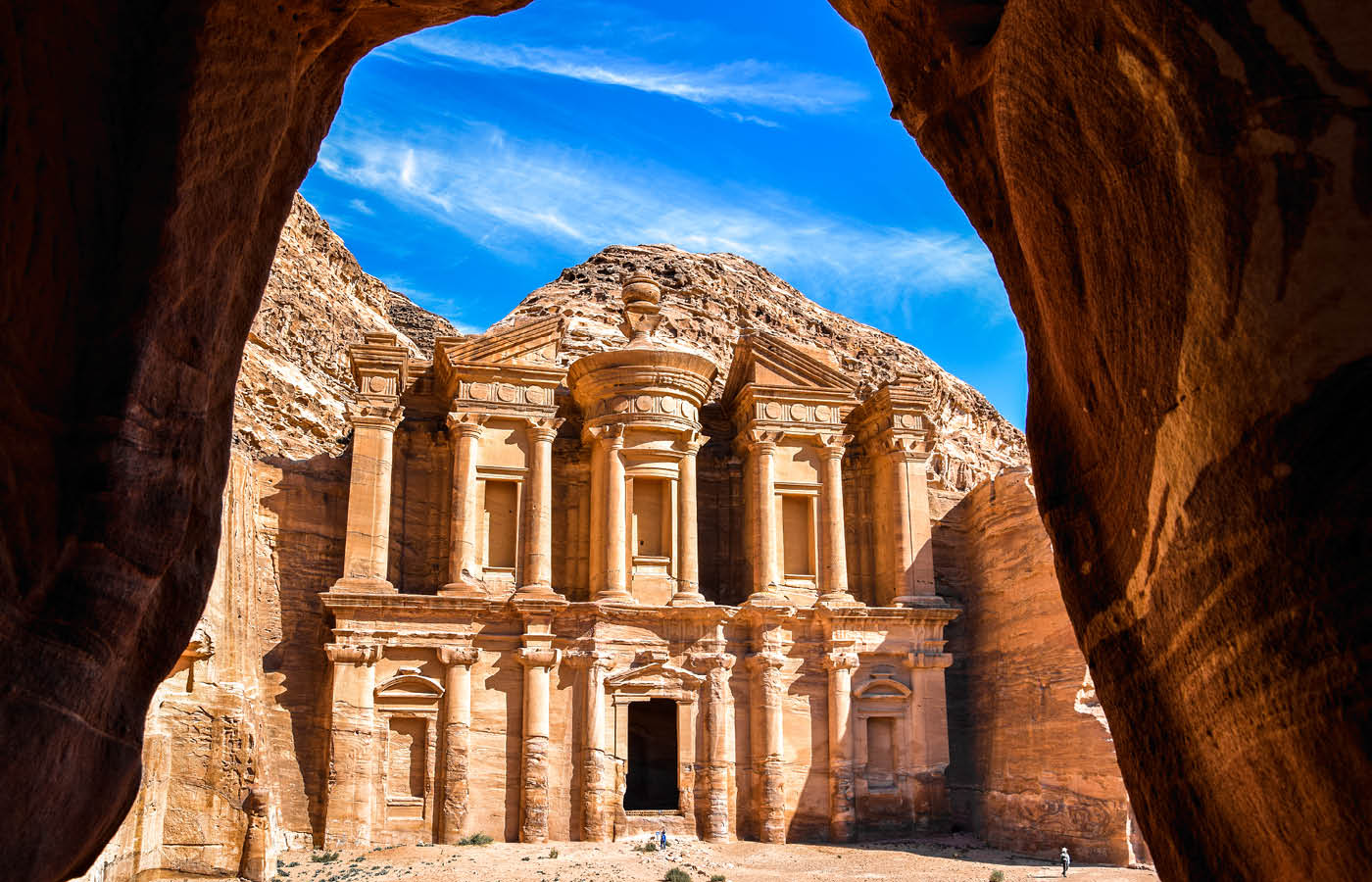 Petra, located in southern Jordan, is one of the most famous archaeological sites and examples of a city carved into a rockface. The city was the capital of the Nabataean kingdom and was seen as an excellent location for the incense trade as it is situated at a crossroads between Arabia, Egypt and Syria-Phoenicia.

Once home to 20,000 people at its peak in the 1st century AD, the city included temples, churches, an amphitheatre, public buildings, reservoirs and passages. Now a UNESCO World Heritage Site, many may recognise it from Indiana Jones and the Last Crusade. 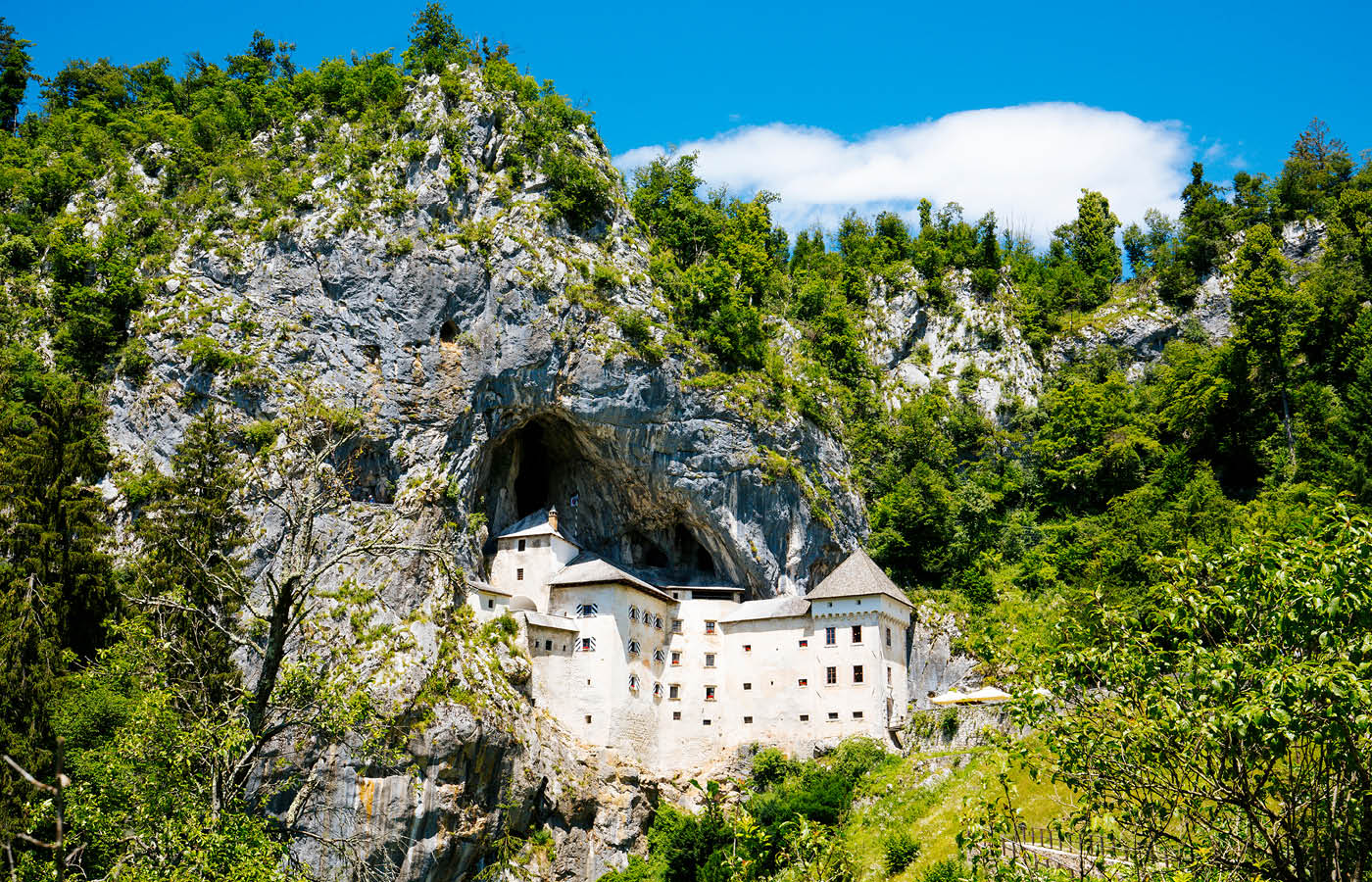 Predjama Castle in Slovenia was built over 800 years ago in the middle of a cliff. It was designed to be inaccessible and impregnable, able to withstand sieges and protect its inhabitants, and is the largest cave castle in the world.

Behind the castle are a series of tunnels that weave throughout the cliff. The legend states that the knight Erazem of Prejama fled to his castle in 1483 after killing a relative of Holy Roman Emperor Frederick III. Erazem was able to survive a siege on the castle for over a year, using the tunnels to get food. 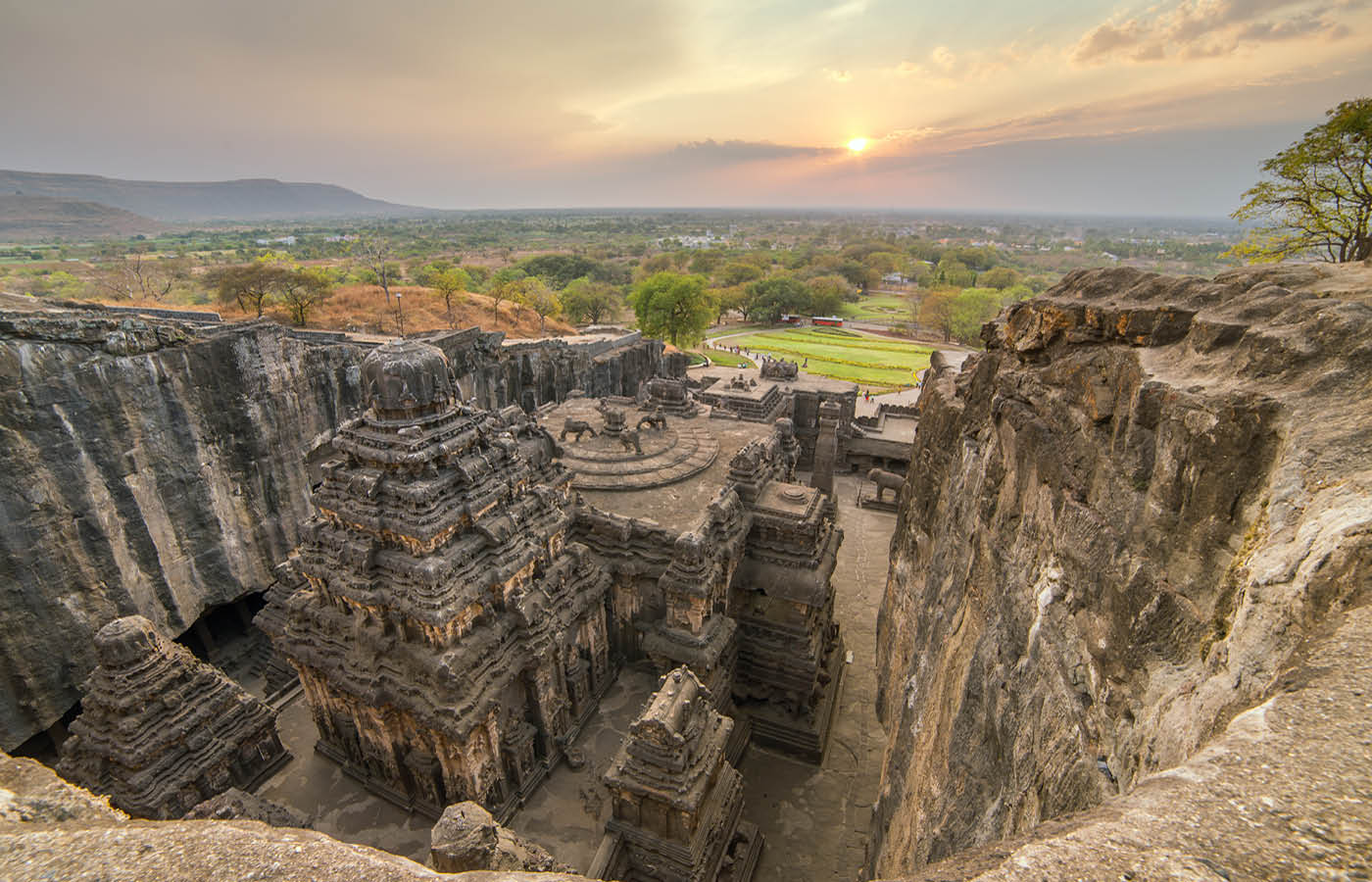 Built between 600-1,000 AD, the Ellora Caves consist of 34 monasteries and temples across 2 km of land. The temples and monasteries were sanctuaries devoted to Buddhism, Hinduism and Jainism and highlight tolerance and co-existence of different religions in India.

Now a UNESCO World Heritage Site, the Ellora Caves provide us with an insight into the spiritual, cultural and social history of India.

These magnificent tombs were built in the 4th century overlooking the city of Fethiye in Turkey. The Lycians believed that magical winged creatures would carry their dead to the afterlife so would bury them geographically higher.

Though the exteriors are grand, the interiors were relatively simple with chambers cut into the rock to display the bodies. 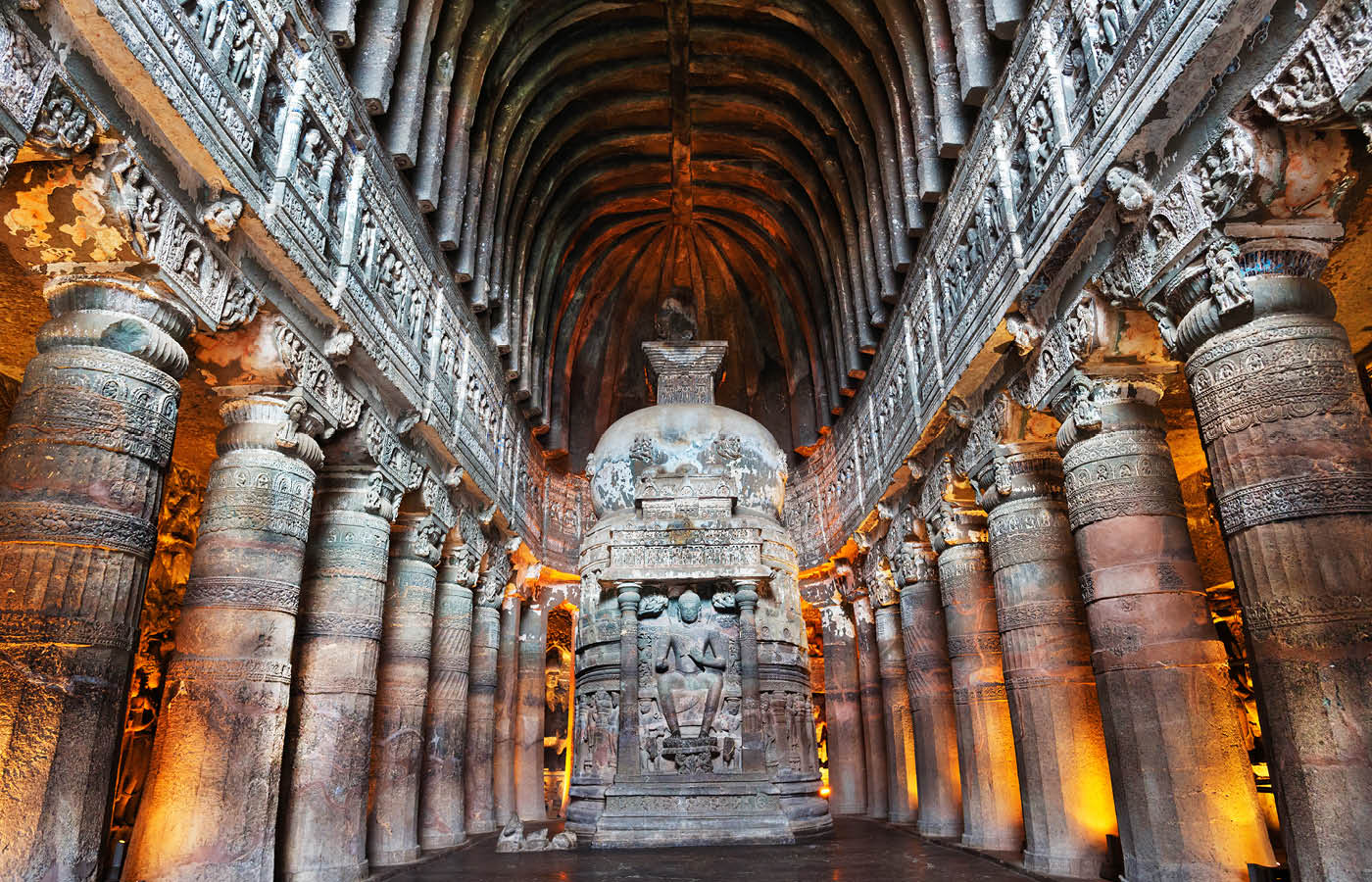 Built between the 2nd century BC and 650 AD, the Ajanta Caves are made up of 30 Buddhist cave monuments. The caves are considered to be one of the finest examples of ancient Indian and Buddhist art, with paintings and sculptures depicting the lives of Buddha.

Historically these caves were used by monks, merchants and pilgrims for rest or to escape the monsoon. Today the Ajanta Caves are a UNESCO World Heritage Site and a major tourist site in Maharashtra. 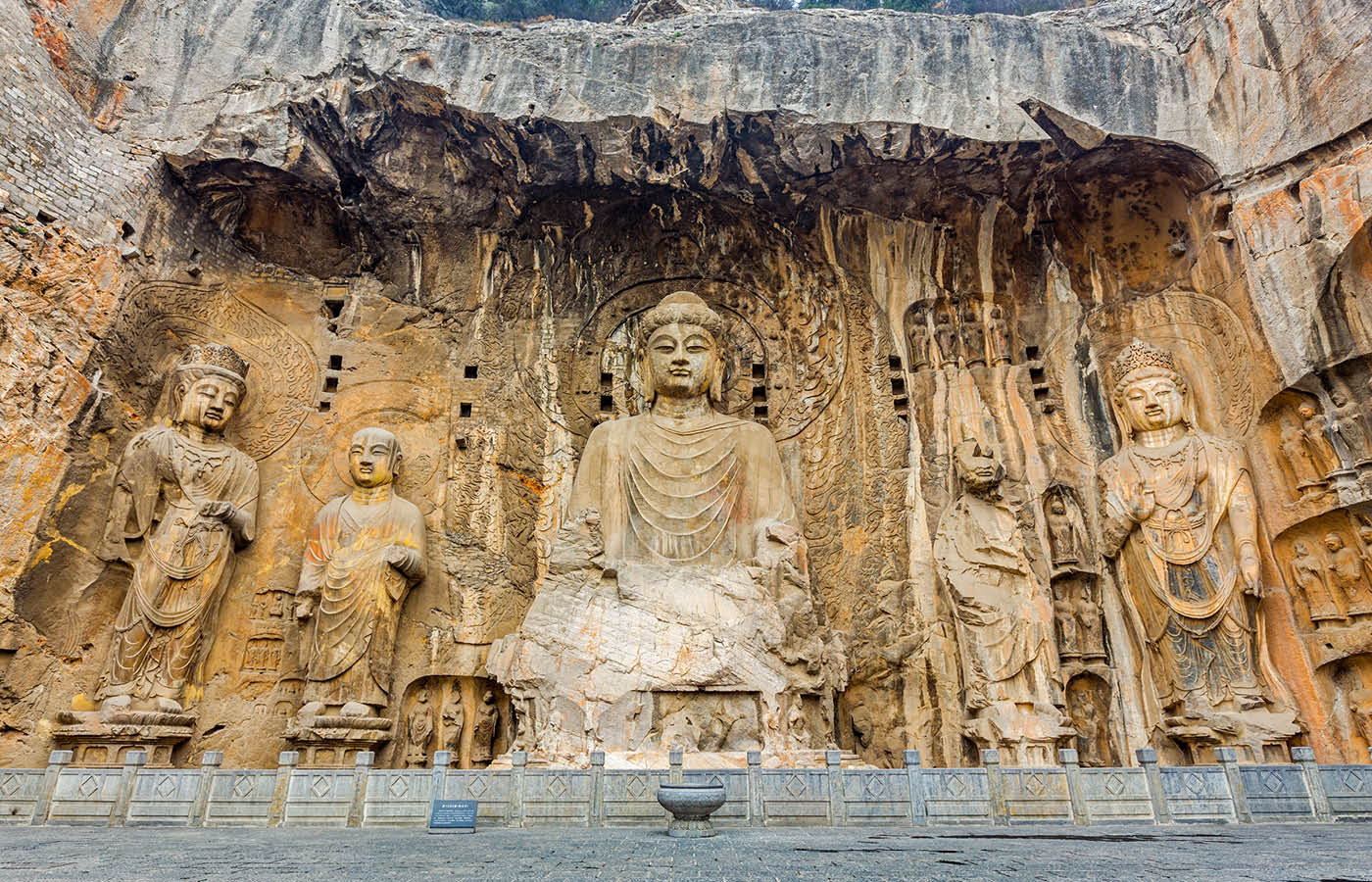 Found south of Luoyang, the Longmen Caves or Grottoes can be traced back to the reign of Emperor Xiaowen (471-499 AD). The caves house around 100,000 statues of Shakyamuni Buddha and his disciples that were donated by emperors, royalty, generals, the wealthy and religious groups.

During the Second Sino-Japanese War, the Japanese looted the site and took with them many statues and artefacts. Further destruction took place during the Cultural Revolution but since 1949 the caves were declared a protected area. Now they are a UNESCO World Heritage Site due to their ‘outstanding manifestation of human artistic creativity’. 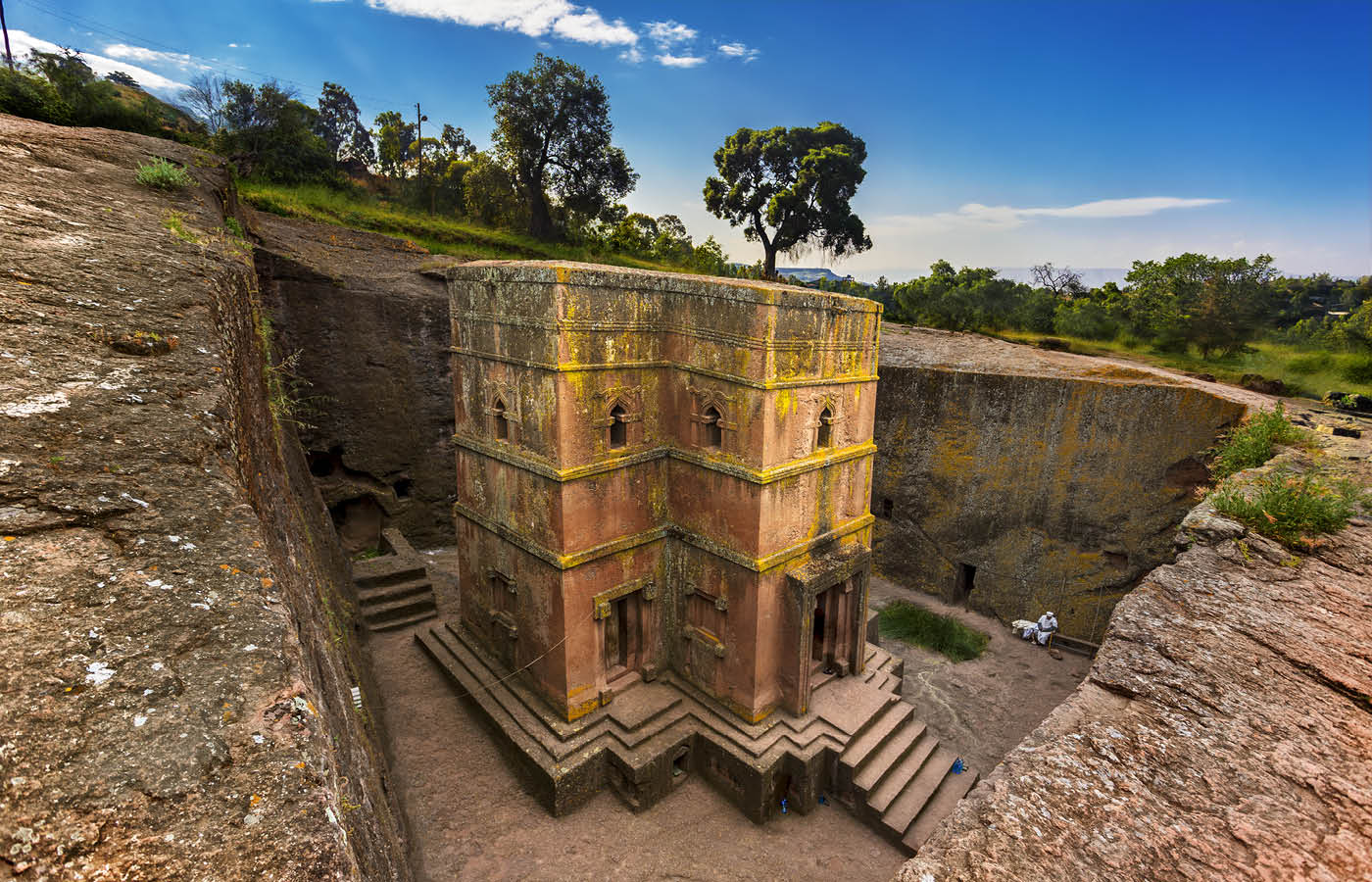 There are 11 rock-hewn churches in the city of Lalibela that were built during the reign of King Gebre Mesqel Lalibela (1181-1221). 7 of the churches are free-standing and 4 are carved into the mountain.

King Lalibela wanted to recreate Jerusalem in his own kingdom. The churches became an important site for the Ethiopian Orthodox Christian Church and are still used for daily worship and religious festivals. 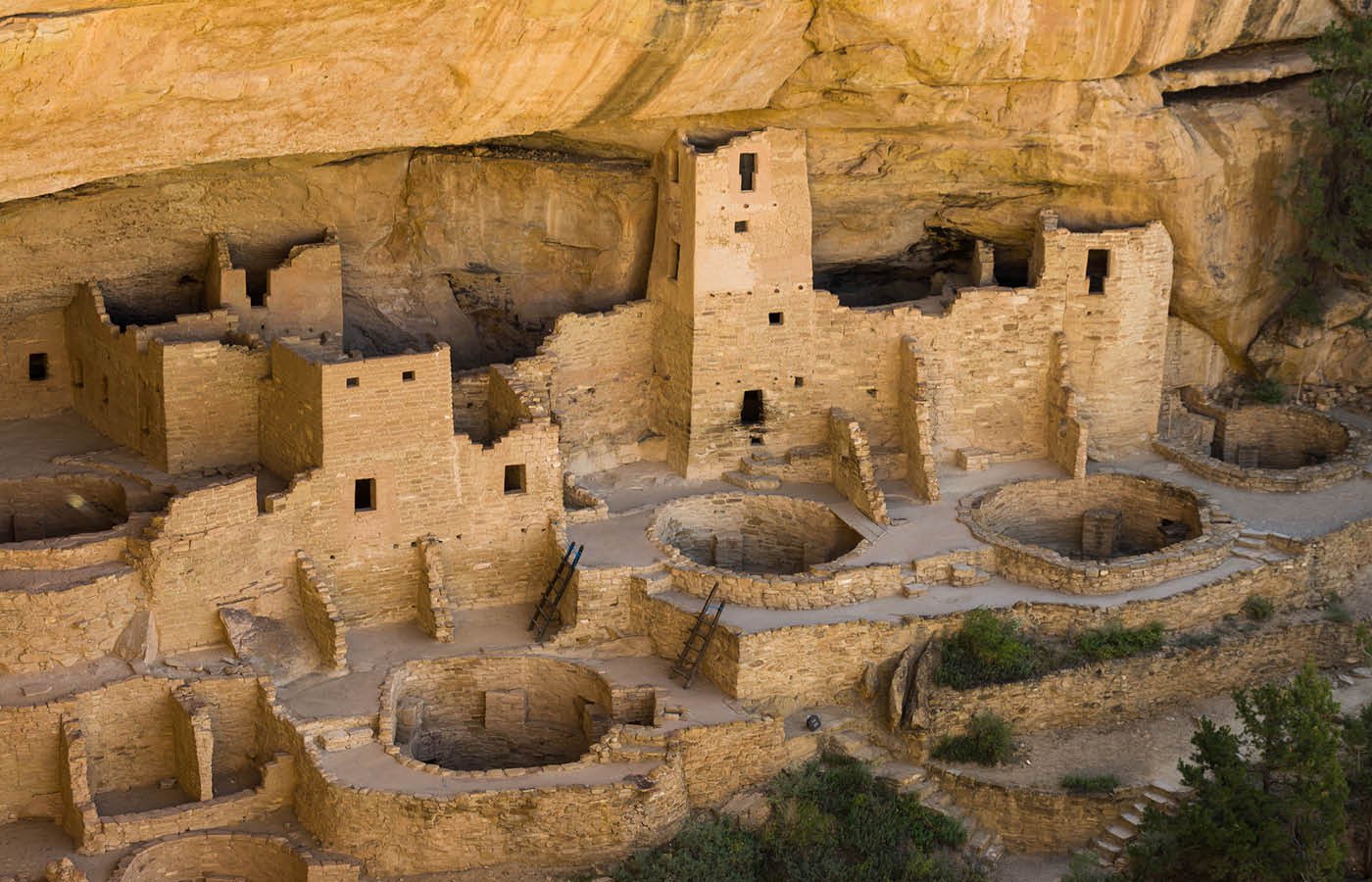 Built in the 13th century, the Cliff Palace in Colorado is the largest cliff dwelling in North America. The Ancestral Puebloans (an ancient Native American culture) built the palace into the sandstone cliff to escape the changing climate of Colorado.

Research suggests that there were 150 rooms for 100 people. The site was abandoned by the 14th century possibly because of drought. It was rediscovered in 1888 by Richard Wetherill and Charlie Mason whilst they were out looking for cattle. It was restored and today can be visited by the public. 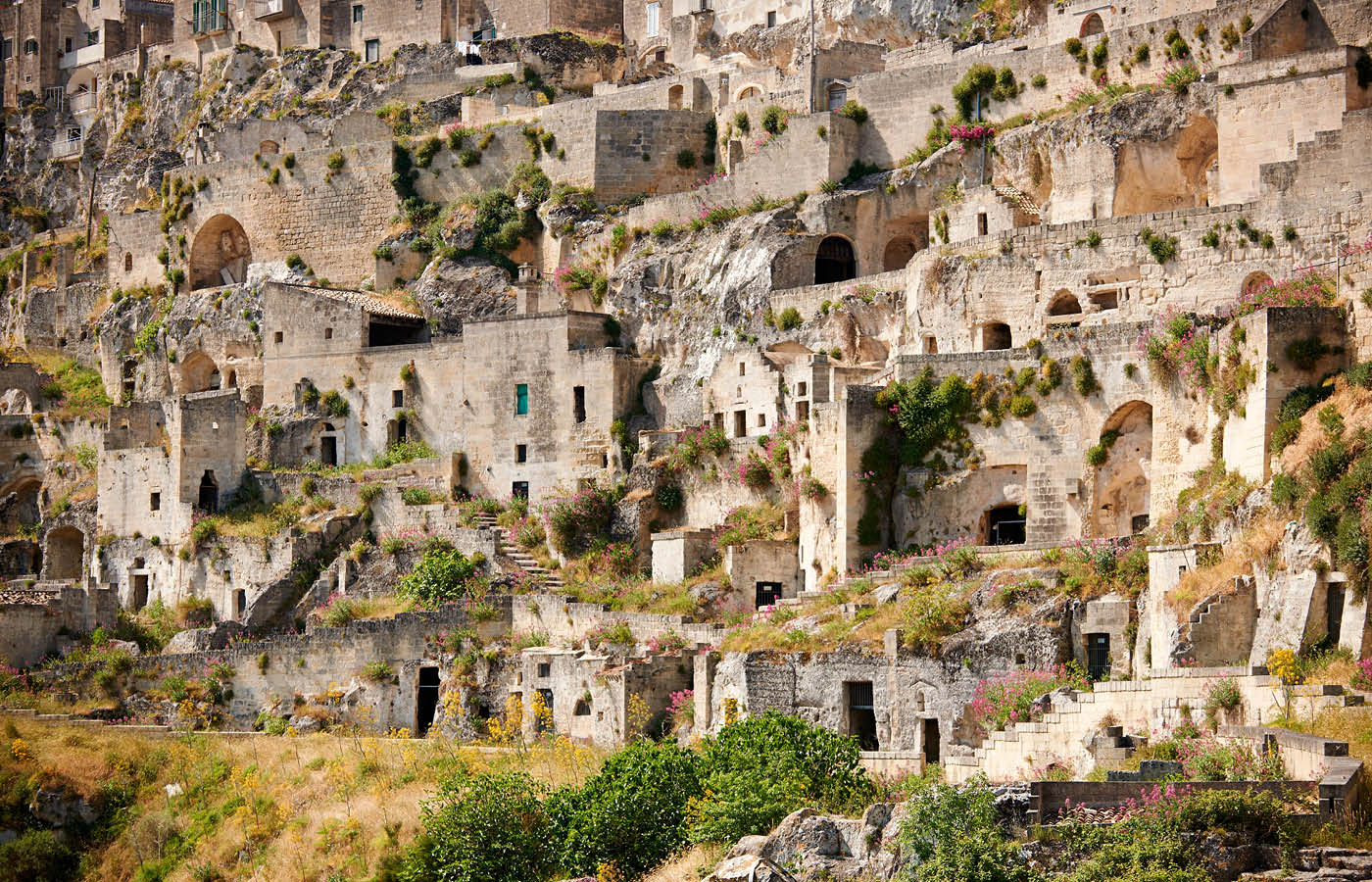 The area of Matera has been occupied since the Paleolithic period. Settlers started building houses, known as the Sassi, into the rocks around 9,000 years ago and is one of the oldest examples of continuous inhabitation in the world. Generations continued to renovate the town, building caverns, homes, churches and tombs. 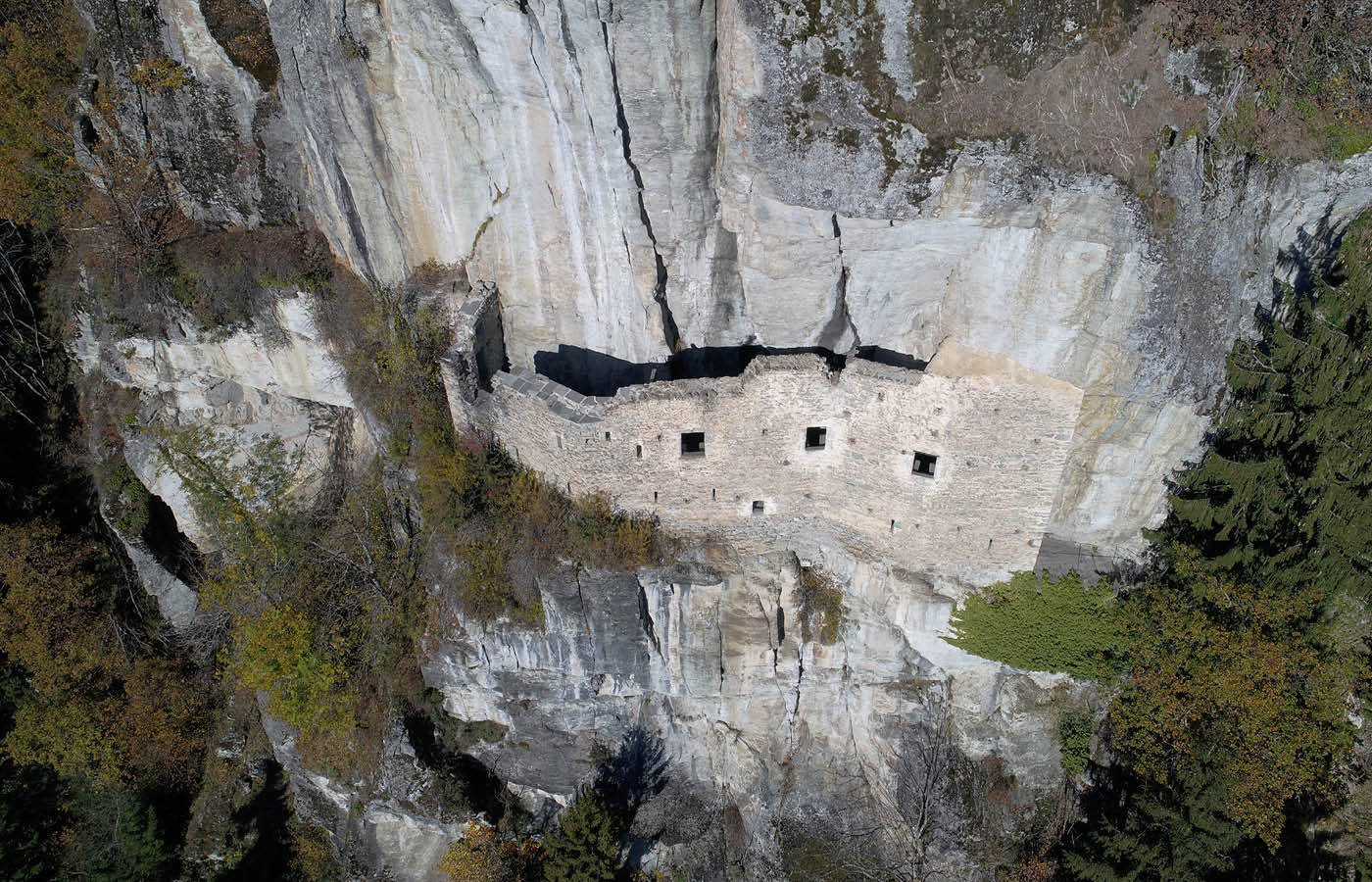 It is not known when and why Kropfenstein Castle was built, but experts believe that the castle was in operation between the 13th and 15th centuries. To access the castle, a path was built along the rockface on the east side. The castle itself follows the natural edge of the cliff, giving it its unusual shape.