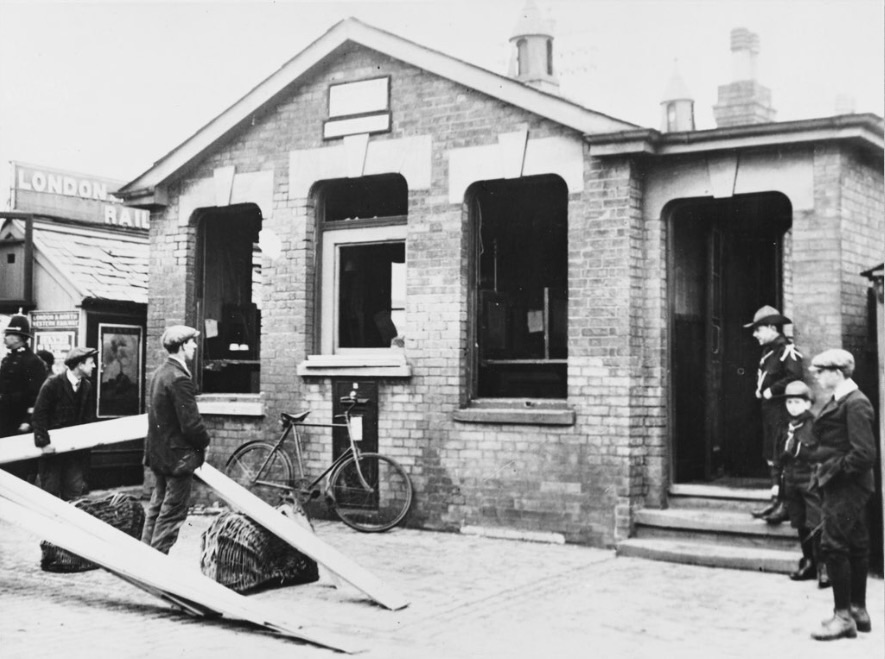 On 19 January 1915 Germany launched its first Zeppelin airship raid on Britain. Zeppelins L3 and L4 carried eight bombs a piece, as well as incendiary devices, and had enough fuel for 30 hours.

The first bomb was dropped by L4, on the village of Sheringham on the north Norfolk coast. L3 targeted Great Yarmouth, dropping 11 bombs on the town during a 10 minute attack.

Most of the bombs caused little damage, exploding away from civilisation, but the fourth bomb exploded in the heavily populated working class area of St Peter’s Plain.

An inquest into the deaths was held almost immediately and ultimately passed a verdict of death by an act of the King’s enemies.

Samuel Alfred Smith died immediately, becoming the first British civilian to die in an aerial bombardment. Martha Taylor, a shoemaker, was also killed and several buildings in the vicinity of the bomb were so badly damaged they had to be demolished.

Zeppelin L4 moved on to Kings Lynn where its attack claimed two lives: Percy Goate, just fourteen years of age; and 23 year old Alice Gazely, whose husband had been killed in France just weeks earlier.  An inquest into the deaths was held almost immediately and ultimately passed a verdict of death by an act of the King’s enemies.

A further 55 Zeppelin raids were carried out over the course of the war, claiming around 250 victims.

The development of a coordinated air defence system, using anti-aircraft guns, searchlights and high-altitude fighters eventually made the Zeppelin too vulnerable and the airships were replaced by long-range bombers such as the Gotha G.IV, which made its debut in 1917.

However the psychological impact of the airships remained a factor throughout the war.