Essex Farm Cemetery is a Commonwealth War Graves Commission cemetery just north of Ypres where 1,199 World War I servicemen were buried, 102 of which were unidentified. Several divisions used the Essex Farm Cemetery, including the 49th (West Riding) Division and 38th (Welsh) Division

During the war, the site of Essex Farm Cemetery was the location of an Advanced Dressing Station or ‘ADS’. This particular ADS was the site where Lieutenant-Colonel John McCrae of the Canadian Army Medical Corps wrote the poem “In Flanders Fields” in May 1915.

The land south of Essex Farm was used as a dressing station cemetery from April 1915 to August 1917. The burials were made without a definite plan as this was a wartime cemetery. The cemetery was designed by Sir Reginald Blomfield.

Essex Farm Cemetery is probably one of the most visited sites in the Salient, and this is largely because of its association with John McCrae. John McCrae was a Canadian, born in Ontario in 1871, who qualified in medicine at Toronto in 1898. He served with the Artillery during the Boer War. From 1901 until 1914, he practised as a doctor in Canada and in England.

McCrae enlisted with the Canadian Field Artillery a few weeks after the outbreak of the First World War and was sent overseas in September 1914. He was moved to write the famous poem “In Flanders Fields“ whilst stationed at Essex Farm in 1915 after the death of one of his friends Alexis Helmer.

“In Flanders Fields” was published for the first time in Punch in December that year, and has since come to encapsulate the sacrifice of those who fought. Unfortunately, Helmer’s grave was lost later in the War, and he is commemorated on Panel 10 of the Menin Gate in Ypres.

Today, relics from the conflict lie just below the surface almost everywhere. Excavations in October 2001 uncovered a narrow-gauge railway, which would have been used to transport supplies.

The 49th Division Memorial is behind the cemetery on the canal bank.

Getting to Essex Farm Cemetery

The cemetery is located in Boezinge, a village in the province of West Flanders, north of Ieper on the Diksmuidseweg road (N369). From the station turn left into M.Fochlaan and go to the roundabout, then turn right and continue to the next roundabout. Turn left and drive to the next roundabout and then turn right into Oude Veurnestraat. At the roundabout turn left onto the Diksmuidseweg, and follow the road under the motorway bridge. The Cemetery is on the right-hand side of the road. 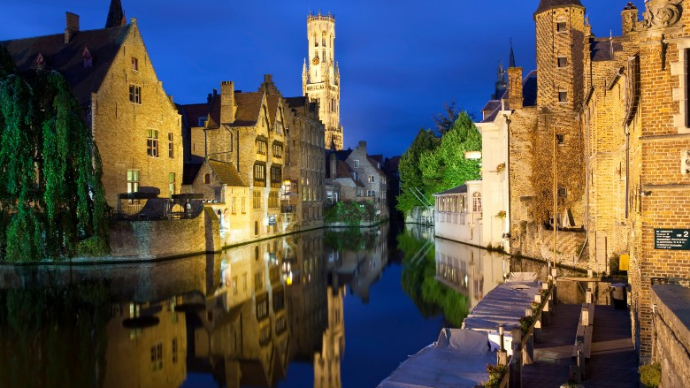 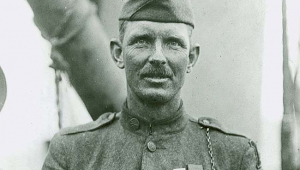 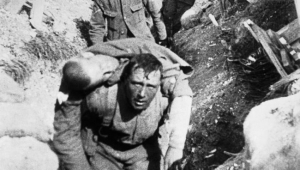 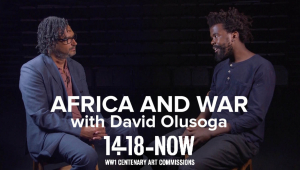 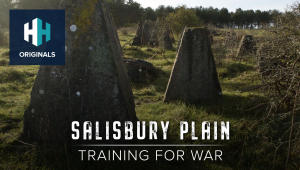 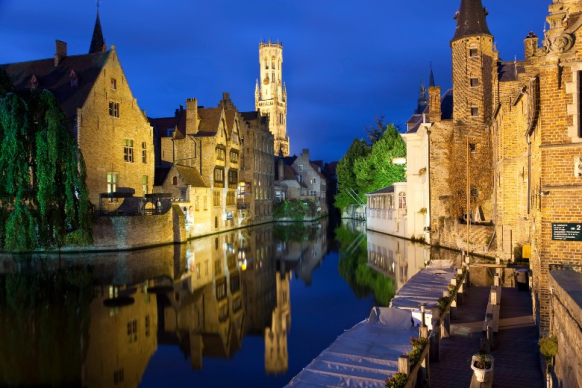 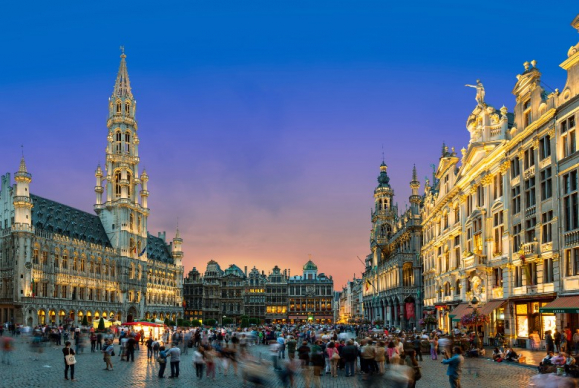 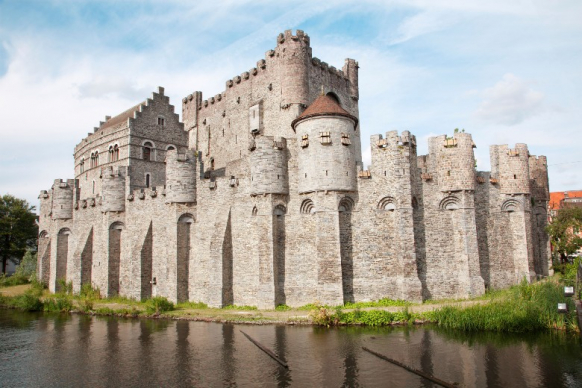 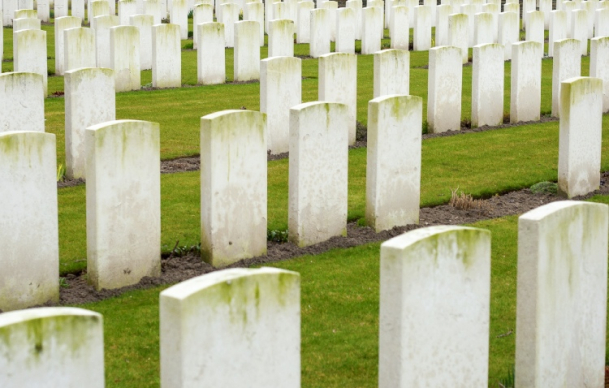 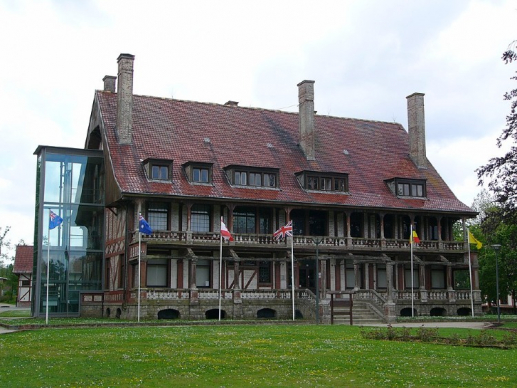 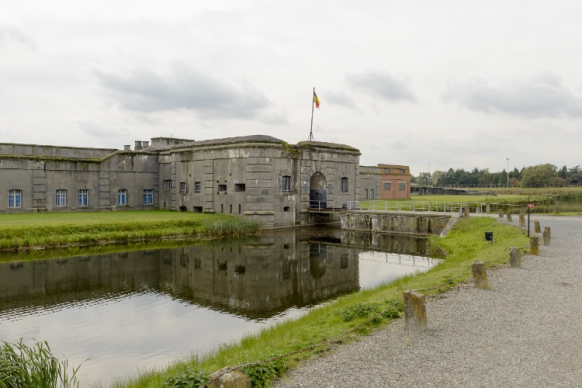 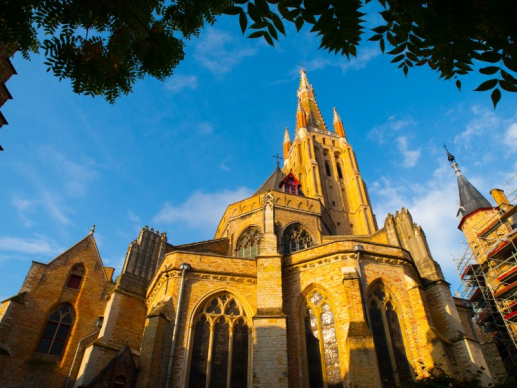 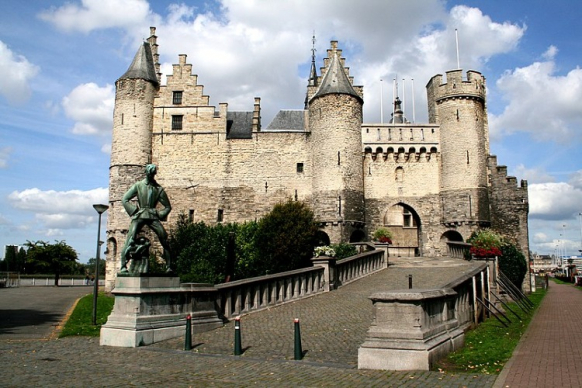 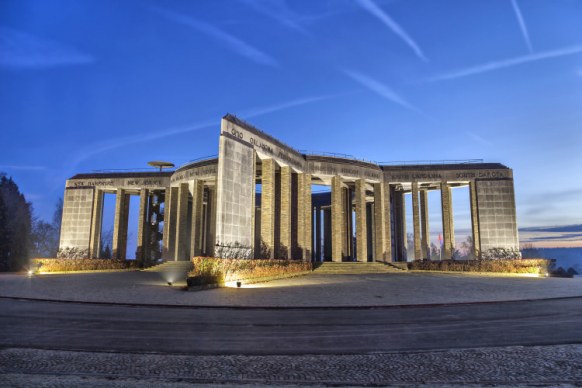