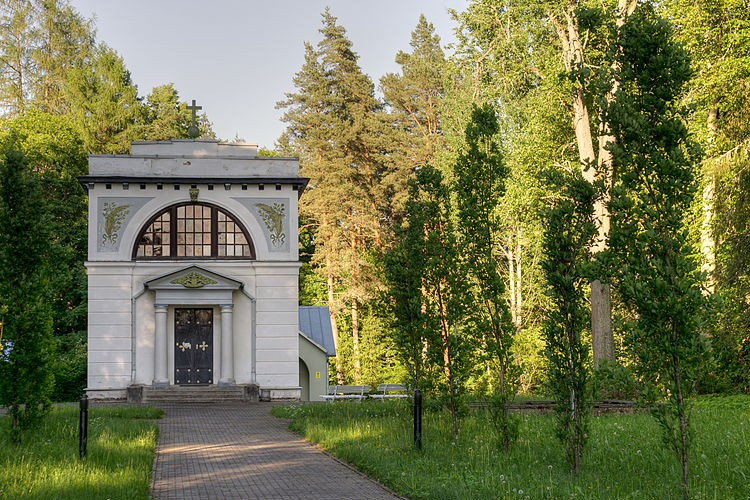 The Barclay de Tolly Mausoleum is the final resting place of Field Marshal Mikhail Andreas Barclay de Tolly, one of the most talented military commanders in Russian history and a key contributor to Russia’s victory over Napoleon in the 1812 and 1813-15 campaigns.

A member of minor Baltic German nobility with Scottish ancestry (descended from Clan Barclay of Towie Castle in Aberdeenshire), Barclay enlisted in the Russian Imperial Army at a young age and participated in a number of campaigns against the Ottoman Empire and Poland during the second half of Catherine the Great’s reign.

Serving as a Major General in the 1807 campaign against Napoleon, Barclay skilfully commanded part of the rearguard at the Battle of Eylau, receiving a heavy wound to the arm. His exploits won him promotion to the rank of Lieutenant General and brought him to the attention of Tsar Alexander I.

Having narrowly avoided the amputation of his arm, Barclay returned to service during the Russo-Swedish War of 1808-09, which resulted in the incorporation of Finland into the Russian Empire. Barclay was appointed as the second Russian Governor-General of Finland.

Barclay was then appointed to head the Ministry of Military Affairs in 1810. With the diplomatic relationship between Russia and France deteriorating, Russia made preparations for a future conflict with Napoleon. Barclay was a talented military reformer, making logistical improvements to ensure the Russian army would be well-supplied with men and resources, establishing an espionage network throughout Europe and updating field regulations to simplify the chain of command.

When Napoleon began his invasion in June 1812, Barclay was appointed commander of the First Army. Heavily outnumbered, Barclay pursued a defensive scorched earth strategy – opposed by Bagration (commander the Second Army), and unpopular in the ranks and at court. Suspected of being a general traitor, Barclay lost his overall command to Mikhail Kutuzov.

At the Battle of Borodino, Barclay sought to redeem himself and exposed himself to great danger, rallying the troops at the crucial positions in the battlefield. After a bloody stalemate, Barclay persuaded Kutuzov to avoid another engagement with Napoleon before Moscow. Soon after, Kutuzov merged the First and Second Armies, leaving Barclay without an effective command. He left the army due to ill health, returning to his estate in southern Estonia.

However, when Kutuzov died in the spring of 1813, Barclay succeeded him to become commander-in-chief, distinguishing himself in the battles of Kulm and Leipzig, as an allied coalition of Russia, Prussia, and Austria drove Napoleon back to France. In 1814 he led a detachment of Russian soldiers into Paris, forcing Napoleon to abdicate.

In 1815 following Napoleon’s escape from Elba Barclay once again commanded the Russian contingent, but Russian soldiers arrived after Napoleon had already between defeated by Britain and Prussia at Waterloo. Nevertheless, Barclay was awarded the title of Knyaz (prince) – a title usually reserved for hereditary Russian nobility.

From 1815-1818 Barclay continued to serve as commander-in-chief despite failing health. In early 1818 he obtained permission from the Tsar to seek treatment in Germany, but died en-route. His embalmed body was transported back to Russia and buried according to his wishes at his estate of Beckhof despite the Tsar’s wishes of interring him in the Kazan Cathedral in St Petersburg.

In 1823 a neoclassical mausoleum was built to the design of architect Apollon Shchedrin. Inside the mausoleum is a grandiose funerary monument by sculptor Vasily Demut-Malinovsky. The caskets of Barclay and his wife Auguste Eleanora are placed in a vault beneath the mausoleum.

The mausoleum is open year-round, but hours vary by season. Pre-booking is essential. The site is quiet and peaceful: there are rarely large numbers of visitors, and it’s a nice place to come and reflect. Don’t expect your visit to last any more than an hour, even if you’re a military history buff.

Getting to the Barclay de Tolly Mausoleum

The mausoleum is located deep in southern Estonia, on route 183, a few kilometres north of route 69. Buses running from Tõrva stop right outside the mausoleum if you don’t have your own transport. 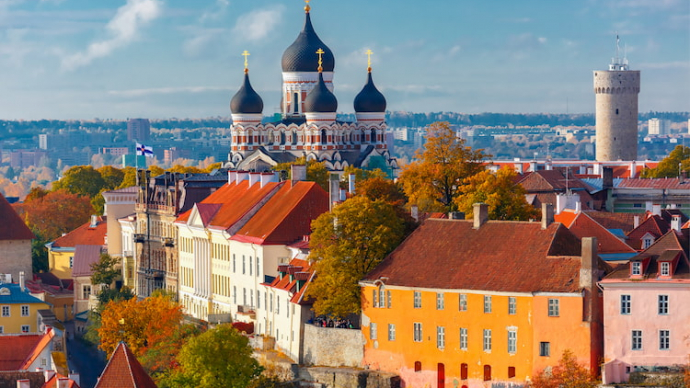 From the medieval Pirita Convent to the parliamentary heights of Toompea Hill, explore Estonia in our guide to the country's best historic sites. 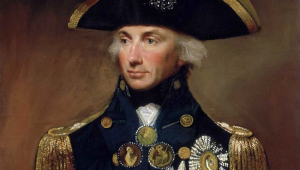 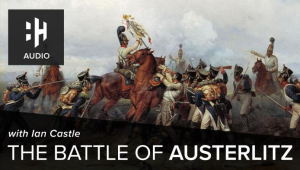 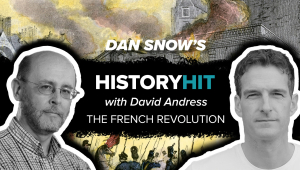 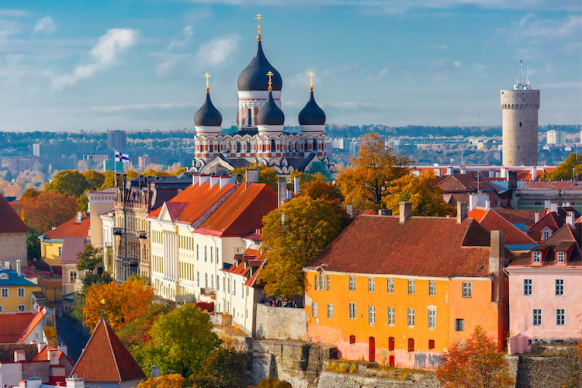 The 5 Best Historic Sites in Estonia 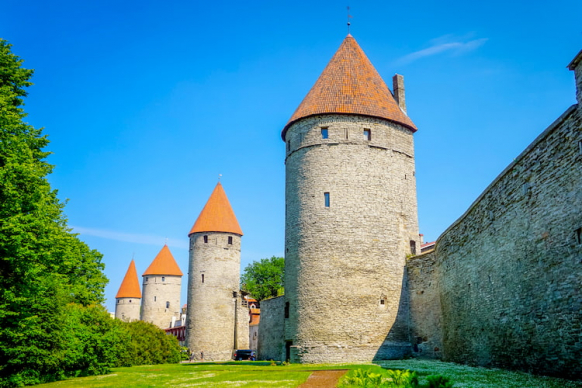 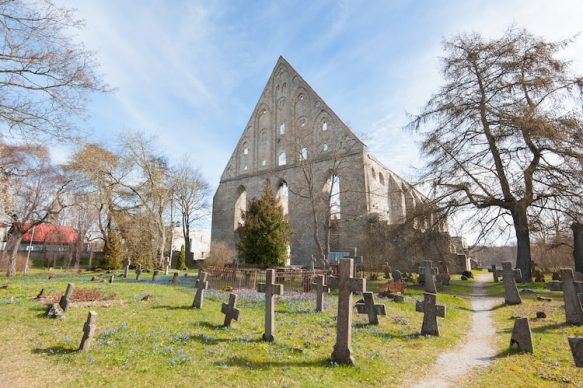 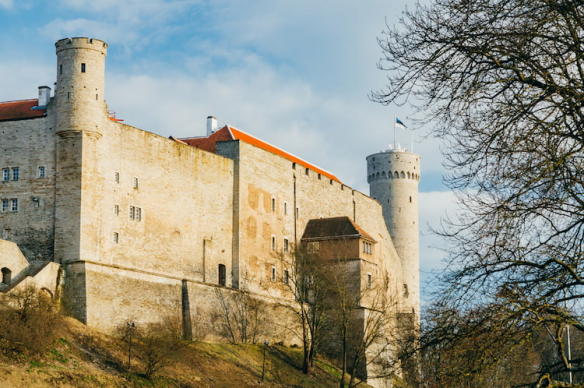 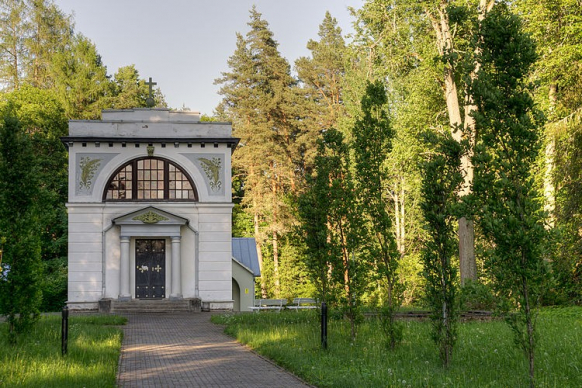 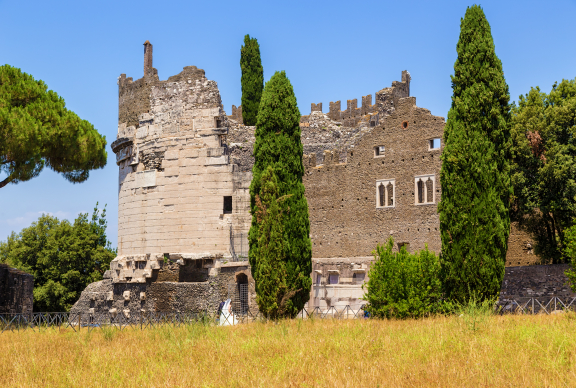 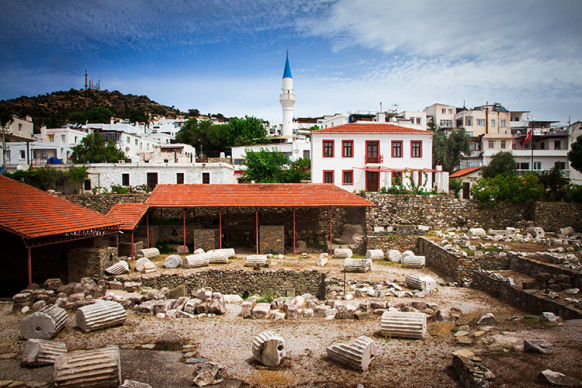 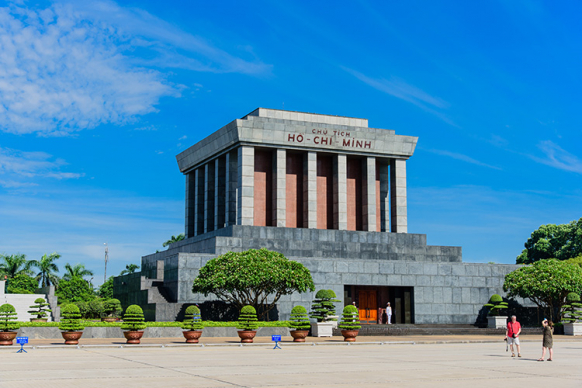 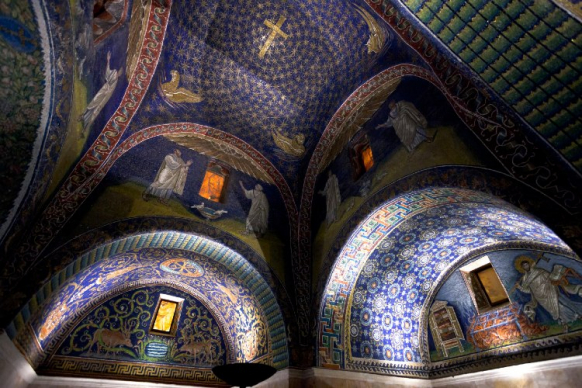 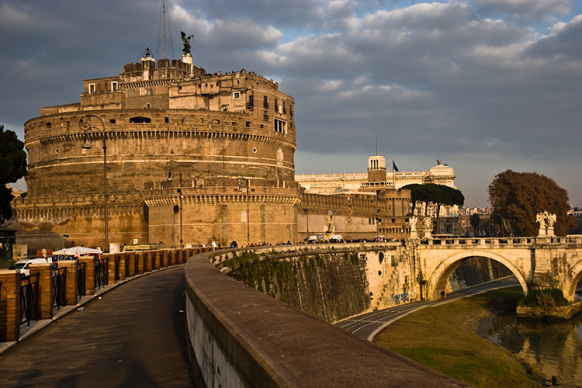