Occupying the westernmost part of Scandinavia, Norway is a beautiful and mostly mountainous country boasting fjords and glaciers – as well as a long and fascinating history. People settled near the current capital of Oslo almost 6,000 years ago, as well as other coastal areas that have become the cities of Bergen and Trondheim.

Norwegians largely depended on fishing and farming into the Viking era, when Norse raiders began exploring – and raiding – Britain, western Europe, Russia, Iceland and Greenland. In the Middle Ages, Norway was dominated by its neighbours Sweden and Denmark, only gaining its independence in 1905, when it emerged as a major maritime power.

From the unique design of medieval stave churches to the setting of sinister witch trials during the 17th century, Norway has a fantastic range of historic sites to visit. To help you get started, here are 10 must-see historic locations to explore in Norway. 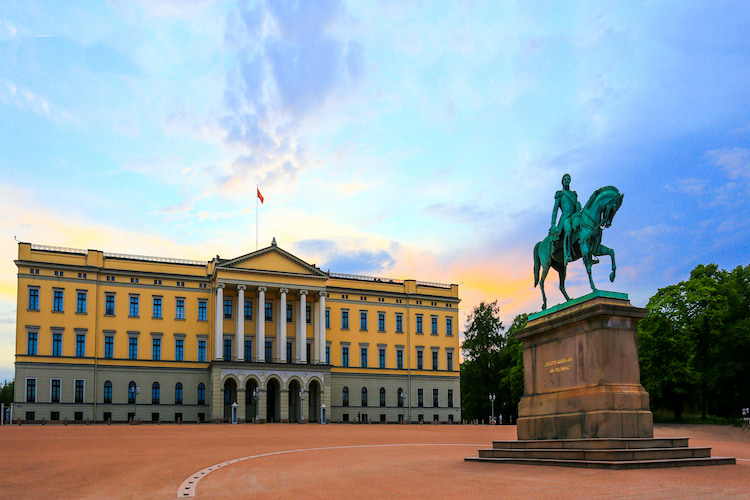 The Norwegian Royal Palace was begun on 1 October 1825 and inaugurated in 1849. Intended as a home for King Carl Johan, it would never serve this purposes as it was only completed after his death. It was designed by Hans Ditlev Franciscus Linstow.

Over the years, the Norwegian Royal Palace has undergone a series of alterations and changes, mostly to modernise it for living purposes. Guided tours of the palace last around an hour and the changing of the guard takes place daily. 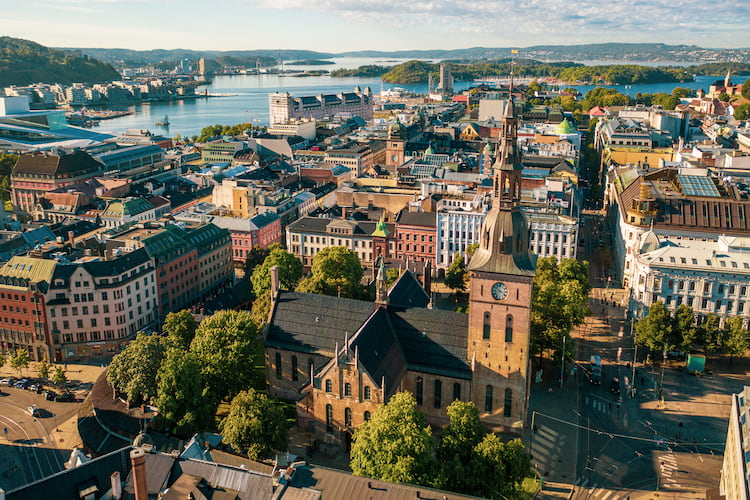 After a great fire in 1624 which destroyed the city’s former main cathedral, Hallvards Cathedral, King Christian IV decided to move the city a few kilometres west in order to be protected by the Akershus Fortress.

Today, visitors can admire the stunning cathedral which symbolises a blend of Oslo’s both old and contemporary history, architecture, and artwork. 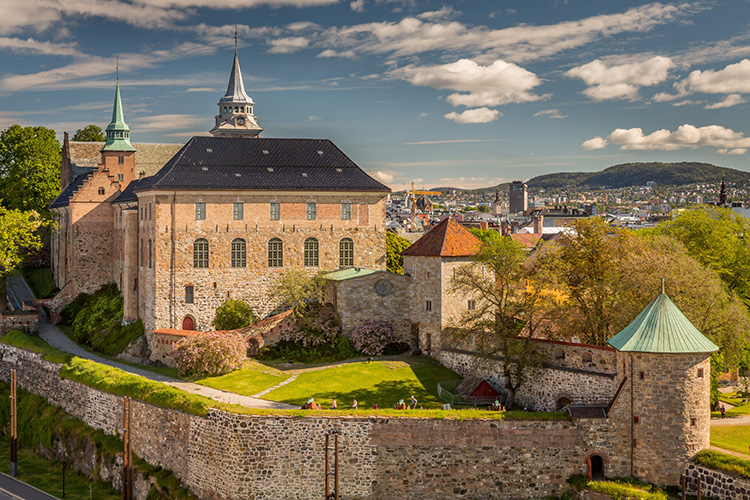 Akershus Fortress (Akershus Festning) has been a vital stronghold and royal residence in Oslo, Norway, since the 14th century. Over the centuries, different figures put their mark on Akershus Fortress including King Christian, although it would suffer from neglect in the 17th and 18th centuries.

Today, there’s plenty to see at Akershus Fortress. The castle boasts everything from the former living quarters of medieval Danish-Norwegian royalty to dank dungeons and also the castle church, now a military church. Akershus Fortress is also home to the Armed Forces Museum and Norway’s Resistance Museum, particularly significant considering the site’s ties to the Nazi occupation. 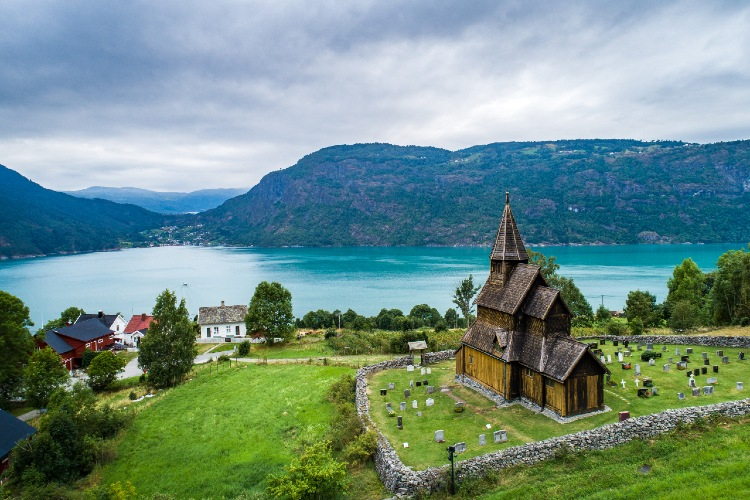 Norway’s Urnes Stave Church (Urnes Stavkirke) is a well-preserved and oldest surviving example of medieval wooden architecture, meaning that it is the only stave church to be listed as a UNESCO World Heritage site. Today, it is one of Norway’s most popular tourist attractions.

The word ‘stave’ (or ‘stav’ in Norwegian) means sturdy wood columns that are the corner posts and columns which uphold the overall architectural structure of a building. 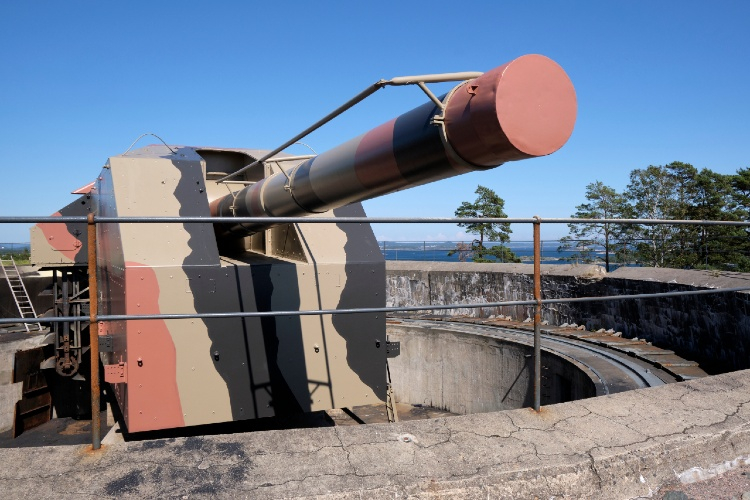 The Kristiansand Cannon Museum stands at the site of the Møvik Fort, Norway, a huge defence battery built by the Germans during their occupation of Norway and Denmark during the World War Two.

Today, visitors to the site can explore the wider complex, delve into bunkers and tunnels, and of course, see the main gun itself, still in its original casement. The ‘Fortress Trail’ guides people around the complex and includes a number of exhibitions explaining the history and operation of the stronghold. 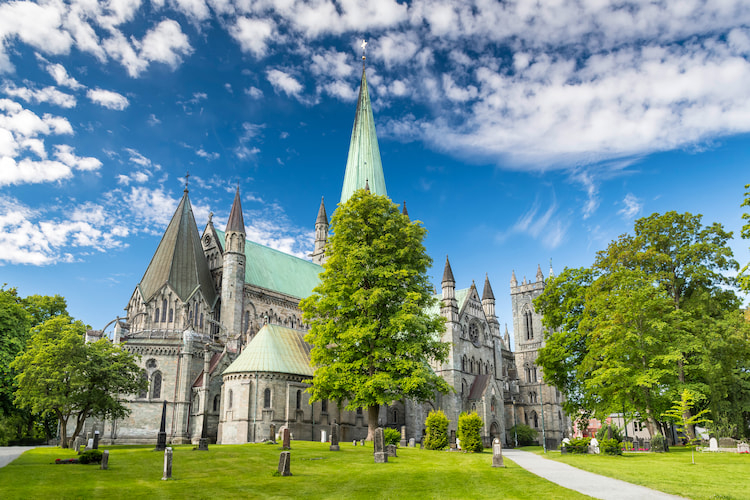 Considered a national shrine, Nidaros Cathedral in Trondheim is one of the most prominent cathedrals in Norway and was built over the burial site of Olav Haraldsson, later St. Olav, the first Christian king of Norway.

Nidaros Cathedral remains a popular attraction with both pilgrims and tourists and boasts hundreds of thousands of visitors every year.

The main façade of the cathedral is found on its western side and boasts a huge rose window surrounded by ornate statues and stained glass decoration. Inside, these windows can be seen in their true glory with their vibrant colours providing an impressive spectacle. 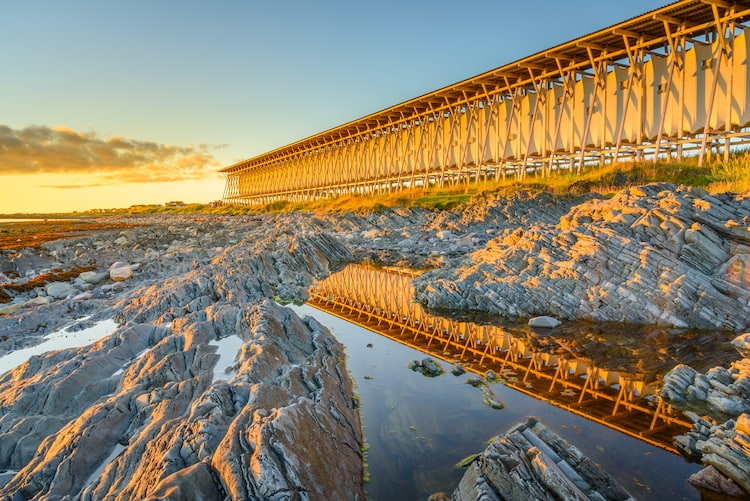 The Steilneset Memorial in Vardo, Norway’s easternmost town, is an incredible major artwork by Louise Bourgeois and architect Peter Zumthor commemorating the trail and execution of 91 people accused of witchcraft in 1621. During the 17th century, a series of witchcraft trials took place in Norway, with Vardo seeing the highest number of executions.

Inaugurated 348 years after the most notorious trials, the Steilneset Memorial installation dominates the dramatic landscape of Vardo. The memorial was commissioned by the people of Vardo as well as several national bodies, and comprises two separate buildings. 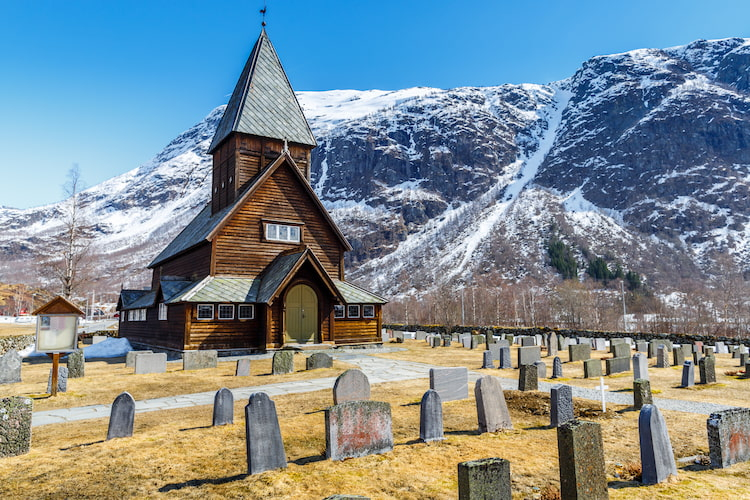 During the middle ages, pilgrims travelled in great numbers to the Roldal Stave Church to see the wondrous crucifix reported to have healing powers and dating back to the church’s foundation. As pilgrimages continued until 1835, longer than elsewhere in Norway, the small village of Roldal became quite prosperous. 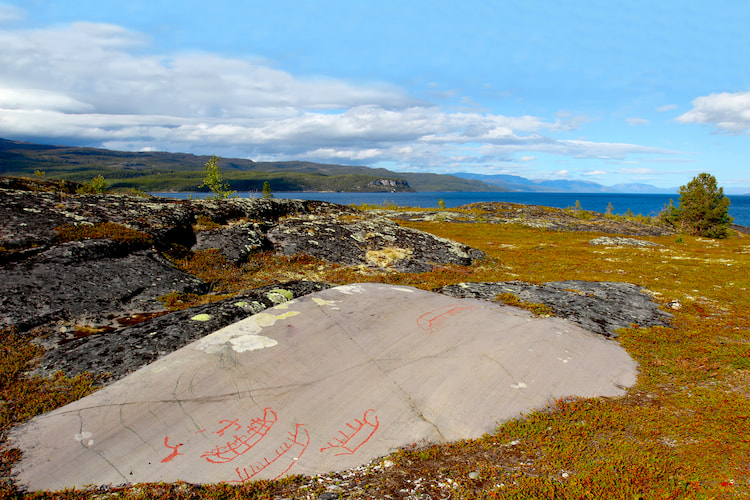 Located in Finnmark, the northernmost region of Norway, the Rock Art of Alta comprises over 6,000 fascinating prehistoric carvings some of which dating back to 4200 BC.

Today, as well as wandering the wooden walkways and interpreting for yourself what the incredible, red rock carvings might mean, you can visit the World Heritage Rock Art Centre or Alta Museum, which displays objects relating to the prehistoric peoples responsible for the rock art at Alta – including the indigenous Sami culture. 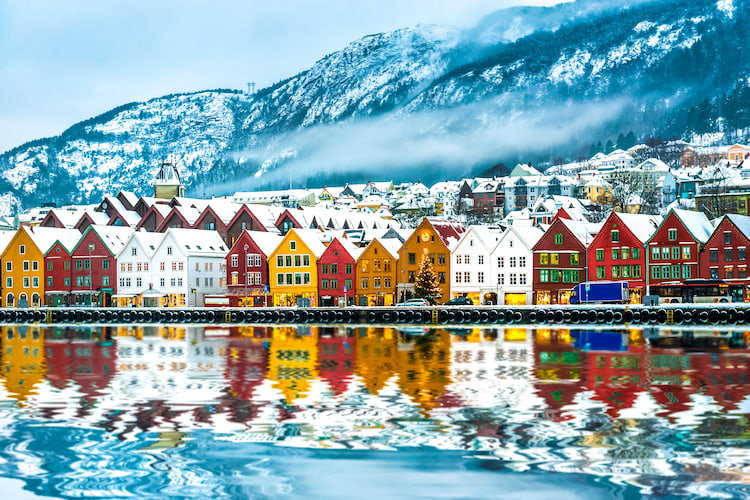 Bryggen meaning ‘the dock’ in Norwegian is a series of picturesque Hanseatic heritage buildings lining the Vågen harbour in Bergen, Norway. The city of Bergen was founded around 1070, but Bryggen has only been a UNESCO World Heritage Site since 1979.

Today, the notable and colourful buildings in Bryggen still stand, including the 300 year-old Bellgården and the oldest, tallest building in the area, St Mary’s Church. 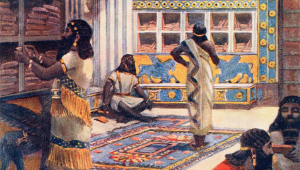 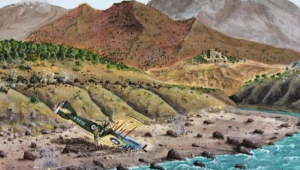 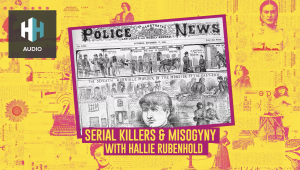 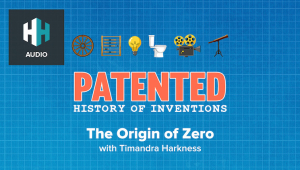 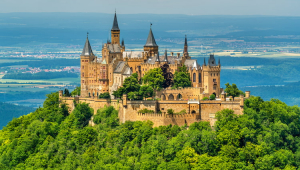 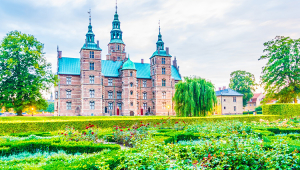 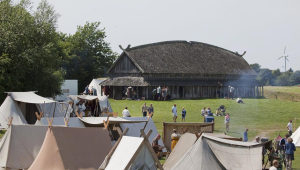 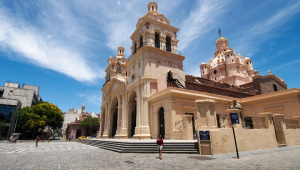 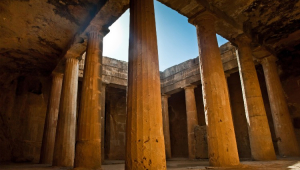